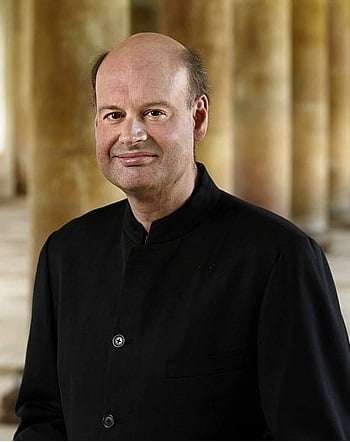 Traditions at Christmas are sometimes of surprisingly recent vintage, and Polyphony’s now-regular performances of Handel’s Messiah in this season are one of these. But that is by no means to cast any doubt upon the value and quality of the interpretation which is both fresh and lively, and borne of deep familiarity and commitment to the music. As shown in the opening Overture, this rendition could be grave or dignified, yet lithe and purposeful. It stripped back the layers of Victoriana, as it were, to reveal the sprightlier Georgian splendour of Handel’s original (premiered in Dublin in 1742). The one exception was the coup de théâtre by which Stephen Farr stole in on the main pipe organ of St John’s Smith Square, for the gradual final statement of the concluding ‘Amen’ chorus, having played a small positive organ alongside the Orchestra of the Age of Enlightenment, reinforcing magnificently the bass line of that sequence and ultimate chords as a dramatic pause is introduced with a dominant seventh hanging in the air – a striking effect which one feels sure Handel, the consummate musical dramatist, would have approved.

That ‘Amen’ demonstrated Stephen Layton’s overall architectural approach to the Oratorio, building up gradually to that awe-inspiring climax from the quiet contemplation of this chorus’s opening fugal statement a cappella. Part Two had sustained an impressive dramatic arc from the stern – but not stolid – majesty of ‘Behold the Lamb of God’, to the determined sequence of numbers from ‘Their sound is gone out’ to ‘Hallelujah’ (notwithstanding an odd and regrettable break for tuning-up after ‘But Thou didst not leave’) so that the triumph of the Resurrection seemed inevitable and indefatigable. For once, perhaps, the audience’s standing for that last chorus at Layton’s invitation was not at all awkward or artificial.

Part One honed in on more immediate and graceful detail, though it was no less theatrical for that, for example the poised minuet-meter for ‘And the glory of the Lord’; the fleet-footed ‘And he shall purify’; the deft rendition of ‘For unto us a Child s born’ with the choir’s emphatic iterations of “Wonderful, Counsellor, the Mighty God” with swirling haloes of semiquavers from the strings; and a brisk ‘Pifa’ (Pastoral Symphony) in which the strings effectively mimicked the musette sound of the shepherds’ pipes which one hears so rarely rendered as such. Only the lapping semiquavers of the accompanied recitative ‘For behold, darkness shall cover the earth’ failed to conjure that gloom.

The four soloists were clear and focussed. Katherine Watson sustained supple coloratura (‘Rejoice greatly’) and a neat line (‘I know that my Redeemer liveth’, and ‘He shall feed his flock’) through some bold vibrato. Helen Charlston was somewhat more to the point, with a steely edge for ‘But who may abide’ drawing a parallel with the rage arias of Handel’s Italian operas, though perhaps lacking some drama in the second part of ‘He was despised’, but nobly insistent for ‘O thou that tellest’. Gwilym Bowen characterised with notable alacrity from his consoling and authoritative ‘Comfort ye’ to the vehement and snide way with ‘Thou shalt dash them to pieces’. Matthew Brook offered nimble gravitas when necessary, as in the ‘Trumpet shall sound’, but with just enough of a raw edge for ‘The people that walked in darkness’.

No less of a pleasure was Polyphony’s crisp enunciation of Handel’s word-setting, creating some solid and lucid textures, but also attending to the music’s contrapuntal detail, bringing out facets of the score which are otherwise often glossed over in heavier-handed or more casual readings. Rapport between Layton, and chorus and orchestra evidently existed beyond his minimally interventionist approach as the trade-off between subtlety and grandeur brought rich rewards.