Dvořák
Ten Legends, Op.59 – VI & X
Wolf
Lieder after poems by Goethe and Mörike [all orchestrated by the composer]
Schubert
Symphony No.9 in C, D944 (Great) 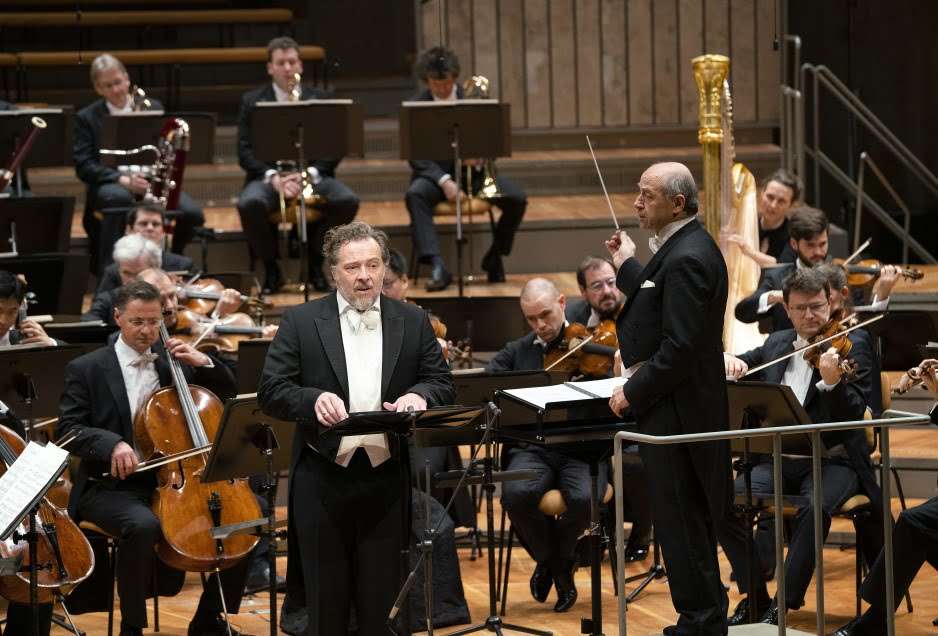 Iván Fischer has a soft spot for Dvořák’s shorter works, and there is much to beguile in each of the Ten Legends, the Berliner Philharmoniker caressing these two examples, the first gently swirling, exuding fantasy and full of poetic feeling. More elusive if no less meaningful was the final piece of the set.

Then Christian Gerhaher peered deeply and revealingly into the words and music of Hugo Wolf songs, to texts by either Goethe or Mörike, and all orchestrated by the composer, opening up these settings’ potential away from the piano. Gerhaher was so communicative that even if the German language was a barrier to full appreciation (although the broadcast offered English subtitles) then Gerhaher’s vivid characterisation made something significant of every syllable, partnered with equal distinction by the Berliners and Fischer. Harfenspieler I, II & III (Goethe) were taken as an unbroken sequence, anguished in the first, expressionist throughout, the scoring spare but telling, the singer ranging from private intimacy to public declamation. A selection of Mörike Lieder at first offered scant relief until Der Feuerreiter arrived “galloping wildly”, Wolf’s orchestral palette ranging from piccolo to trombones, and then Gesang Weylas brought mellifluous melody. It was back to Goethe for Der Rattenfänger, gawky and fantastical, and finally, in every sense, Anakreon’s Grab, dreamy, but grave, literally so, for this poem concerns the ultimate resting place.

The Schubert played to Fischer’s eccentric side in terms of orchestra seating. He gave the woodwinds priority in terms of positioning, ensuring that every peck and ornament was audible, an octet semicircle (left-to-right, pairs of oboes, flutes, bassoons and clarinets) around the podium and in front of the strings, the two horns separating cellos (centre-left) and violas (violins antiphonal). Trumpets and trombones were located where you’d expect to find them, the latter instruments remarkably sotto voce at times. As a performance it was time-taken, shapely, eloquent, simmering, a reading of patience and control, sure of direction, dynamic and detailed, the first movement untrammelled and bucolic. The second movement was less con moto, to advantage, than it has become today, a slowish military march (maybe) leading seamlessly into ethereal lyricism and onward to crisis and consolation. The Scherzo was of rustic vitality, incisive and rhythmically deft, a shimmy here, a luftpausen there. Fischer reserved his fastest speed, if not by much, for the Finale, while retaining the Gemütlich feel established earlier, building to a resounding and emphatic conclusion. Repeats may have been at a premium (only the first sections of the Scherzo and of the deliciously lilting Trio were reprised) but this was a ‘big’ performance played luxuriously, expressively and with clarity, and wholly compelling.