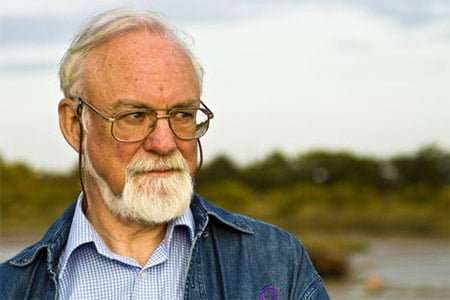 John McCabe’s output is such that a whole series of concerts could be devised to mark his 75th-birthday, so credit to Mark Bebbington and John Thwaites for organising this recital featuring students from the Department of Keyboard Studies at Birmingham Conservatoire.

Although (rightly) dominated by McCabe’s music, the programme also included pieces from composers that have influenced his thinking. Not least Haydn – of whose Piano Sonatas McCabe made the first integral cycle, and among which that in E major (1776) is surely one of his most immediately appealing. Zsuzsanna Tihányi brought lithe energy to its opening Moderato, and if the central Allegretto felt a little deadpan in its walking motion, the final Presto had a verve that was unerringly maintained through to the nonchalant closing bars.

Piano music has been a feature of McCabe’s output since the outset of his composing. Central to this is his series of 13 (to date) Studies that span some 42 years, of which two of the earlier pieces were given here. Benjamin Pau had the measure of Aubade (1970), notably the way in which its varied and often disparate motifs gradually coalesce into a limpid if not untroubled evocation, while Ting-Fang Luo underlined the degree to which stark emotional contrasts of Gaudi (1970) are unified by an arresting ‘bell’ motto (evoking the Sagrada Família?) – even though her defining of the piece’s overall trajectory seemed uncertain. Between these, Yi Pui Chan gave an exemplary account of the Five Bagatelles (1964) where McCabe deploys serial elements in a series of miniatures whose brevity accentuates their expressive subtlety.

After the interval, Chuen-An Chern demonstrated her affinity with the music of John Ireland. The Sonatina (1927) is among his most perfectly realised piano works – belying his reputation for Romantic escapism with its taut format in which the inwardly eloquent Lento is framed by an engagingly truncated Moderato then a finale whose unaffected nonchalance not unreasonably recalls Busoni. Less ambitious than the earlier Piano Sonata, the present work nonetheless reveals an unexpectedly pert side to Ireland’s persona.

The climax of this recital in all respects came with the performance of McCabe’s Tenebrae (1993) – if not the longest of the composer’s piano works, then surely the most ambitious in its running the gamut of technical challenges allied to a cumulative emotional impact which similarly admits of no compromise. Prefaced here with the first of Liszt’s darkly luminous La lugubre gondola studies (1882), Bebbington’s reading gained in impact and authority as it unfolded; the sepulchral opening stages building to a culmination whose unbridled intensity was afforded perspective by the slow-burning introspection into which the music ultimately withdraws. A gripping account of music that, whatever the circumstances of its genesis, is as finely wrought an example of abstract piano writing as can be found in the post-war era.

An impressive way to end this well-conceived and executed recital, enthusiastically received, and good that McCabe himself (recovering from illness) could be present to acknowledge it. Hopefully his 75th-birthday year will bring further celebrations of his protean creativity.