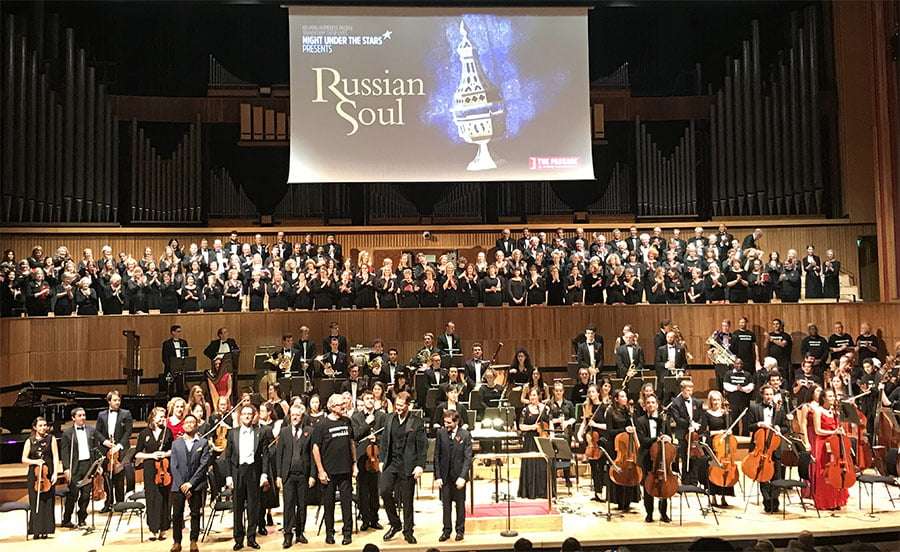 This was the seventeenth annual fundraiser given in aid of The Passage, a charity that works with homeless people around the Victoria area. As I walked from The City to the Royal Festival Hall on this rather chilly evening, I passed quite a few rough-sleepers, which gave tangible experience of the need for The Passage and what it does, “helping up, not helping out” those in difficulties.

The Orion Orchestra gathers its numbers from recent graduates and current students at music colleges – the future is bright with committed players such as these. The ‘Coronation Scene’ from Boris Godunov proved an ideal opener, the Westminster Choral Society full of praise for the new Tsar. ‘Aleko’s Cavatina’ found Duncan Rock in ardent and sympathetic form and entirely at home within the Russian idiom, Aleko betrayed by his wife and alone.

Rhapsody on a Theme of Paganini tested the mettle of the orchestra’s members, and they were on their best form, with ensemble crisp. Toby Purser’s conducting galvanised the players, a few smudges aside, dovetailing Boris Giltburg’s occasionally eccentric reading of the variations. It was in the slower sections that Giltburg contributed at his most charismatic: here we were an audience intruding on personal communion with a gorgeous-sounding Fazioli.

Rock and Giltburg offered the first of Tchaikovsky’s Opus 38 Romances with words by Alexei Tolstoy (Leo’s second cousin) – it was a macho rendering from Rock, smoking hot, and seductive with it. Phew! Proms-founder Sir Henry Wood’s scoring of Pictures at an Exhibition showed-off the orchestra with this snapshot, whetting the appetite for hearing more of this version.

Raymond Yiu was present for the premiere of his arrangement of ‘The Song of the Volga Boatman’, performed by Robert Lloyd and Streetwise Opera, the latter comprising people who have been helped by The Passage, whose voices lent a certain authentic air to Lloyd’s corralling injunctions. To finish, the great chemist Borodin’s ‘Polovtsian Dances’; a bit of a jamboree maybe, but the playing was exciting, exotic and colourful, although the choir needed greater control of dynamics. High praise for the evening and its charitable leanings, Griff Rhys Jones providing some humour along the way.