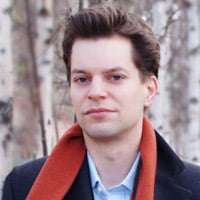 Adrian Brendel and Till Fellner make a very sophisticated duo; poetic, intelligent, unforced, dynamic and well-matched musicianship. Yet Brendel works with numerous pianists, not least his father, Alfred, and just a couple of weeks earlier had played the Bach and Schubert works with Nicola Eimer to open the Enescu Society’s first concert season.

With Fellner as a refined accomplice, but never precious and always his own man as well as supportive, Brendel opted for a Romantic (but not cloying) and expressive way with one of Bach’s gamba sonatas, trills especially shapely and displaying brilliance but not glare in the faster movements.

The order of the works was changed from that published to a far more satisfactory sequence. To complete a first half of works not composed for the ‘modern’ cello, but perfectly suited to it, Schubert’s Sonata for the arpeggione (a short-lived guitar-like instrument that was held between the knees and bowed) emerged here as an engaging jeu d’esprit, flowing and impish. If Brendel’s intonation wasn’t always impeccable, he and Fellner never attempted to take the piece beyond itself – this is Schubert writing to commission music neither world-weary or leave-taking – the musicians bringing out melody and rhythm with delight while perhaps being too formal by observing the outer-movement repeats. 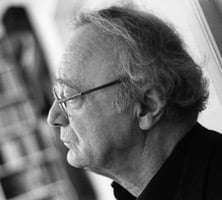 Harrison Birtwistle is in the process of writing a three-movement work for cello and piano and is releasing them as separate entities. Lied (conspicuously labelled ‘for piano and cello’) was written for Alfred Brendel’s 75th-birthday and first heard in August last year. Its starting point is lines from Rilke’s “Liebes-Lied” – ‘Upon what instrument have we been strung? / And what fiddler has us in his hand?’. Lied’s 6 minutes are intense, gruffly sounded on the cello, occasionally screaming at the top; melancholic, sepulchral, economic and spare with the piano animating the darkness. Variations was a premiere. Given the absence of a note in the injudiciously priced programme (£3), Adrian Brendel introduced Variations and likened it to “Chinese whispers”. The 7-minute work continues the mood of Lied, but does so with some tough punctuation and fierce if fleeting declamation en route to a seemingly restful if searching expressiveness, the tolling bass in the piano offering funereal connotations. The journey seems ended, the pieces complementary … so Part 3 is keenly awaited. Birtwistle was in the audience to acknowledge applause.

The second of Beethoven’s Opus 5 pair of Sonatas for Piano and Cello offered an expansive final work, the slow introduction extensive enough to be a movement apart and the Allegro constructed on a large scale for which the repeat of the exposition is mandatory and was duly observed. Brendel has made much of Beethoven’s ‘cello sonatas’ in recent years with his father (and they have recorded them for Philips) while, for the same company, Fellner has recorded them with Heinrich Schiff. The rapport between Brendel and Fellner (who has studied with Alfred) was here complete and mutual. How well the diversity of the first movement was brought out while suggesting that everything belongs and is related. The second movement – there are only two – was given with wit and vitality.

As an encore was more Bach, a slow movement from the gamba sonata in G minor, a sublime conclusion to a notable recital.