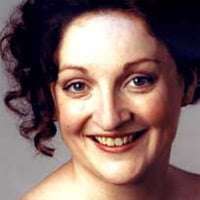 No fewer than 21 songs were crammed into this hour-long BBC Radio 3 Lunchtime Concert from Ailish Tynan and Julius Drake, with another tagged on as an encore. In it we explored the richness of nine of Brahms’s settings and, by complete contrast, the intense but concise poetry of Paul Verlaine as set by Fauré and Debussy.

In Brahms’s settings Tynan initially overcooked her projection, the fortissimo arresting but too piercing; the tuning was also a little sharp. Indeed, “Wenn du nur zwellen lächelst” began at a volume almost too loud for the hall. However her softer singing was exquisite, the vibrato quite wide at times but applied most sensitively, as in “Es träumte mir”.

She quickly settled and, accompanied throughout with grace and character by Julius Drake, found “nature deep at rest” in “Unbewegte laue Luft”. Drake’s portrayal of the moonlight in “Ständchen” was complemented by Tynan’s breathy aside about “the loveliest of girls”, while the light touches of humour both brought to the dialogue of “Vergebliches Ständchen” was nicely done.

Tynan brought fresh youthfulness to Brahms’s Lieder, avoiding heaviness, and together with Julius Drake she used the full potential for word-painting. Drake was careful not to exaggerate the accompaniment, yet nor was he afraid to come to the fore as with the final fortissimo chord in “Ach, wende diesen Blick”. 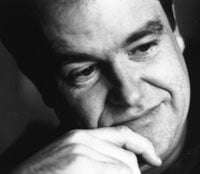 With the Brahms selection a mostly outdoor-themed affair taking in several Daumer poems, the retreat into the humid intensity of Debussy’s “Fête Galantes” was doubly noticeable. Drake came into his own here, his playing wonderfully shaded, and both artists emphasised the chromatic melodies that make these songs initially elusive. ‘Ingénus’, with which the Second Book begins, grew from an air of mystery to a climax in which the flashes of female leg “overwhelmed our crazed young eyes”, before returning to its previously languorous calm. ‘Le faune’ was rather sardonic, while the ‘Colloque sentimental’, the emotional core of the Second Book, was undeniably agitated as the lovers made their ghostly dialogue, though Tynan’s tone would have benefited from a chillier sound.

Tynan’s Fauré was superb, and it was interesting to compare Debussy’s concentrated Verlaine settings with a more florid response from the older composer. The bright, lightly stumbling rhythms of “Mandoline” were ideal, as was the “soft sound of rain” we heard in “Spleen”.

More joyous still were the three mélodies setting Leconte de Lisle, in wide-open major keys and featuring vocals that in Tynan’s hands felt like freshly-cut flowers. Drake again was alive to the constant flowing motion of the accompaniment, shaping its direction, while Tynan’s rapt declarations of love and adoration were fresh and bright.

Performing a complete u-turn, the pair opted for Flanders & Swann’s “A Word on my Ear”, Tynan proclaiming her new found tone-deafness, whilst lightly toasting the critics as she shrieked, soared and swooped over the vocal lines. Points well made!