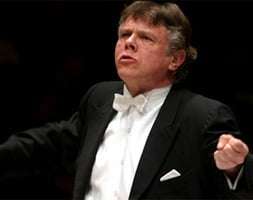 This was the first of three concerts at Carnegie Hall by the Royal Concertgebouw Orchestra and its Chief Conductor, Mariss Jansons, who led thrilling performances of two French masterpieces.

From the very outset and throughout the evening, Jansons was in complete command, eliciting virtually perfect unison of response as he led the orchestra through changes of dynamics and tempo. He used this precision of execution to heighten the dramatic effects in both scores, which the players performed flawlessly. The sheer sound of the orchestra resonated magnificently, taking full advantage of the Stern Auditorium’s wonderful acoustics.

In La mer, Debussy uses the full array of the orchestra’s timbres to ‘paint’ colorful images of the sea, albeit the work. ‘three symphonic sketches, is neither a mere seascape nor even a series of static images, but pictures in constant motion, true to the work’s titular subject matter. Jansons and the orchestra superimposed over a continuous sense of ebb and flow, surge and subsidence, Debussy’s depiction of the fluctuating appearance and moods of the sea with changes in the time of day, wind and weather.

In the mysterious opening passage of ‘De l’aube à midi sur la mer’ (From dawn to midday on the sea), the vibrancy of the low strings was immediately apparent – an impression solidified in mid-movement by the rich sound of the cello section (seated by Jansons at the center of the orchestra, where they remained later for the Berlioz) as it divided into four parts for an undulating passage accompanied by the horns. Debussy’s portrayal of the glistening effects of morning light on the sea was executed superbly by the woodwinds and brass, with particularly noteworthy contributions from cor anglais in a duet with muted trumpet and later in a tenderly played solo, as well as from brass in its chorale at the movement’s end.

In ‘Jeux de vagues’ (Play of the waves), the strings and harps portrayed the surging of the sea, with cymbals, triangle and glockenspiel and then trumpets providing delicate accents, as if glistening on the crests of the waves. The generally calm and playful atmosphere gave way to darker passages in ‘Dialogue du vent et de la mer’ (Dialogue of the wind and the sea). The low strings were again outstanding here, with the bass drum, tam-tam and low brass contributing to the stormy effect. The trumpets and cornets à piston also added some glorious touches to this finale, as did the return of the brass chorale just before the powerful conclusion.

Following the interval, Jansons led a brilliant performance of Berlioz’s Symphonie fantastique. The symphony’s five movements portray a series of opium-induced adventures fantasised by a lovesick musician, with the image of his beloved an idée fixe (a theme that recurs throughout the work in various guises).

The opening movement, ‘Rêveries, Passions’ (Dreams, passions), featured fine individual contributions by many of the players, but its overall impact was very much the product of superb ensemble playing. Even before the appearance of the idée fixe on the flute and first violins, Jansons established a highly charged atmosphere of tense foreboding. He took the introductory Largo with much rubato, milking the pauses for dramatic effect. Then, after some rapid passagework on the violins, flutes and clarinets, he handled with astounding precision the huge diminuendo and immediately ensuing crescendo and sudden chords that led into the idée fixe theme. These effects were performed so perfectly as to be quite breathtaking, and Jansons’s masterful control of dynamics and balance continued throughout the movement, both in sudden and dramatic changes and in regulation of gradually rising and falling volumes. Jansons brought the movement to an exciting finish, managing perfectly the transition from a raucous ff at full gallop to its introspective concluding section.

The protagonist’s second adventure, ‘Un bal’ (A ball), was a virtual whirlwind, in which the playing of the two harps stood out particularly. In the third movement, ‘Scène au champs’ (Scene in the country), Jansons took the opening ranz des vaches (the tune used by Swiss shepherds to summon their flocks), an exchange between the cor anglais and oboe, at a slow pace, with the off-stage oboe coming through very clearly, yet as if at a great distance – precisely Berlioz’s scenario. Later, the placing of timpani offstage superbly created a distant thunderstorm: the effect was completely realistic, adding poignancy to the absence of a response to the renewed calls of the cor anglais.

‘Marche au supplice’ (March to the scaffold) was powerfully rendered with outstanding contributions from every section of the orchestra, with the timpani and quartets of horns and bassoons leading up to the stirring march theme, in which the brass resounded brilliantly, with first one tuba (no ophicleide – or exposition repeat) and then two shoring up the bottom. After some perfectly executed sudden stops and starts and volume shifts, the strings and winds began their wild ride to the scaffold, soon joined by galloping figures on the brass. After a brief, haunting clarinet solo recalling the idée fixe, drum-rolls and chords on the brass and winds, finally joined by the strings, marked the fall of the guillotine.

As gripping and powerful as the playing had been to this point, the ‘Songe d’une nuit du Sabbat’ (Dream of a witches’ Sabbath) was a tour de force that took the performance to even greater heights. This movement is laden with dramatic twists and turns, rapid alternations of ff and pp, and unusual instrumental effects, all of which were carried out brilliantly by Jansons and the Concertgebouw players. Brass chords and short outbursts from the piccolo interrupted the initial rumble of the cellos and double basses beneath soft, rapid figures on the muted violins and violas and flute and oboe. A rollicking variation of the idée fixe on clarinet was interrupted suddenly by a dramatic tutti passage that ended just as abruptly, giving way to an even wilder version of the theme, marvellously played on E-flat clarinet and accompanied by piccolo, oboes, clarinet and bassoon, with the strings, horns and brass soon joining in. After a dramatic series of ff chords, an extended diminuendo on bassoon, cellos and double basses was interrupted by offstage bells that continued to sound as first the bassoons and tubas, and then the horns and trombones, intoned the ‘Dies Irae.’ Their incredibly rich and resonant sound persisted through a tremendous crescendo and ff chords that were followed – again with sudden impact – by the witches’ ‘round dance’, an extended contrapuntal section for the strings, accented by brass chords, which the winds soon joined. Before long, traces of the ‘Dies Irae’ wove their way into the musical fabric, and soon that theme and the round-dance were going full-bore together, the macabre effect of which was compounded by a col legno passage for the violins and violas. From there to the ending, the Concertgebouw’s sound was overwhelming, producing an acoustical effect rarely matched on these shores, even in as fine a Hall as this one.

Jansons offered two encores: ‘Solveig’s Song’ from Grieg’s music for “Peer Gynt” and more Berlioz, the ‘Hungarian March’ from “La Damnation de Faust”. Both were played beautifully – the Grieg showing off the Concertgebouw’s glowing string sound, and the entire orchestra rocking the Hall in the March – but they were anticlimactic, as anything following the brilliant conclusion of Symphonie fantastique would be. One wonders, therefore, whether it might have been better to send the audience home with that ‘fantastic’ music still ringing in their ears. On the other hand, who would not want to hear more beautiful music from such peerless performers?