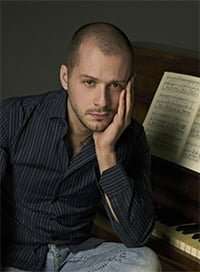 Alex Esposito approached his Rosenblatt Recital debut with a tall reputation, largely based on his acclaimed Leporello in a strongly-cast Don Giovanni at the Royal Opera House in 2012. His career profile so far has shown similarities with that of the Giovanni of that production, Erwin Schrott, and his compatriot Ildebrando D’Arcangelo. All three combine leading roles in Mozart comedies with lyric and buffo parts in nineteenth-century operas, including those requiring skills in florid singing.

In this concert Esposito displayed his wares in a range of styles. He took the familiar route of beginning with arie antiche, gave us his Mozart, with examples of the composer’s operatic and concert arias, slipped in some familiar romantic songs of Tosti but placed greatest emphasis on large-scale bel canto arias. And it was in the latter category that his strengths were displayed: a powerful dramatic presence, sound technique in the florid music and clarity of articulation. Pharaoh’s aria from Mosè in Egitto was full of implacable menace, its author unmistakably a bloody tyrant. Don Alfonso may have started his ‘Vieni la mia vendetta’ in more subdued fashion but by the time he reached the cabaletta his threat of violent revenge was only too real. The audience roared its approval. There was a further florid offering, from Rossini’s La gazza ladra, as a final encore. 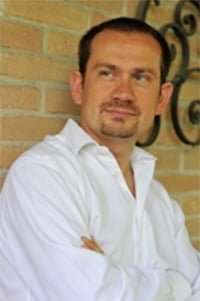 But not every bel canto aria for lower male voice is as forceful as these: little justice was done to Bellini’s smooth cantilena in Count Rodolfo’s air, uneven in texture and sometimes abrasive in style. In (trying to) impress with sheer volume and vocal bravura, Esposito had certainly hit a few boundaries but at close of play the scores were more evenly matched. I had reservations about the two seventeenth-century songs. Cecilia Bartoli’s recording of Cesti’s Intorno all’idol mio is such a model of controlled singing, with the changing dynamics beautifully scaled, the trills and other decorations flawlessly executed (and all without any mannered attention-seeking), that any other version of the aria must seem disappointing. Esposito offered some generalised emotion and was musicianly enough in the smooth management of the crescendos but the little turns were mechanically produced and no trill was to be heard. He was more at home in Carissimi’s triumphant cantata, though he took the invitation offered by the strongly rhythmic nature of the writing rather too eagerly, the drumbeats of war against the poet’s treacherous one-time lover pounding without relief.

The formalised sentiments of an eighteenth-century lover were convincingly conveyed in Beethoven’s cantabile setting of L’amante impaziente (nicely phrased) and in a Mozart concert aria. In the latter Esposito seemed to want to make up for the absence of the obbligato double bass part by some ostentatious posing but overall this was one of the best events of the evening in which the singer showed himself capable of some meaningful soft singing to set beside a powerful central cadence. His range was tested, revealing a potent top register balanced by a slightly gravelly area at the foot of the bass stave. 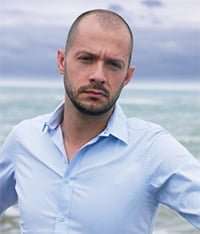 I cannot pretend that Esposito sang Tosti as to the manner born, though his account of the arching shape of the phrases in Malìa was faithful enough. In the other pair of romanze some nagging faults began to obtrude, in particular the regular tendency for phrases to dry up and for the final syllables of lines to lose audibility. L’ultima canzone suffered quite badly from this fault. I was forced to conclude that, on this occasion at least, a reliable mezza voce was missing from his armoury. Conversely, lines were pushed out of shape in a misguided attempt to project passion and singing tone turned into a roar. The playing of pianist Giulio Zappa did not help. He was often too loud and produced precious little nuance throughout the evening, just hammering away in competition with the singer.

What of Esposito’s Mozart roles? They were illustrated by an all-action ‘Catalogue’ aria (Don Giovanni), fast and aggressive in the opening section, apparently easing in the flowing 3/4 dance which forms the second section, though with a hard streak at its back. Esposito was a profoundly cruel and sadistic Leporello. His manipulation of Elvira’s feelings was so vivid that one could imagine her being present, displaying her agony. There was no escape route for her; a peremptory gesture and a reference to Giovanni’s attitude towards each type of woman slammed a new door in her face.

If Esposito’s characterisation of Leporello, intelligently conceived and honed by now considerable stage experience, was persuasive, one can only recoil at the Figaro he presented in his first encore. This interpretation of ‘Non più andrai’ was totally misguided. Instead of Figaro’s jolly predictions to Cherubino of what to expect from his army career, with its extravagant imagery and jokey instrumentation, Esposito bawled out in a monotonous ff what sounded much more like the threats of an intimidating sergeant-major to a petrified recruit.

The technical issues I have mentioned are less likely to handicap the singer on the operatic stage where one sensed throughout his comfort zone lies. Alex Esposito is a highly promising singer. As for recitals, he might profitably devise a more homogeneous programme than the one presented here.