This Barbican Hall recital was a triumph for Arcadi Volodos, and a celebration of word-painting by music – expressionistic, feelings and images conjured from sounds. With the piano spot-lit from above ever so gently and the audience in close-to-darkness, this proved to be a gloriously intimate occasion, a private communication from pianist to his audience. 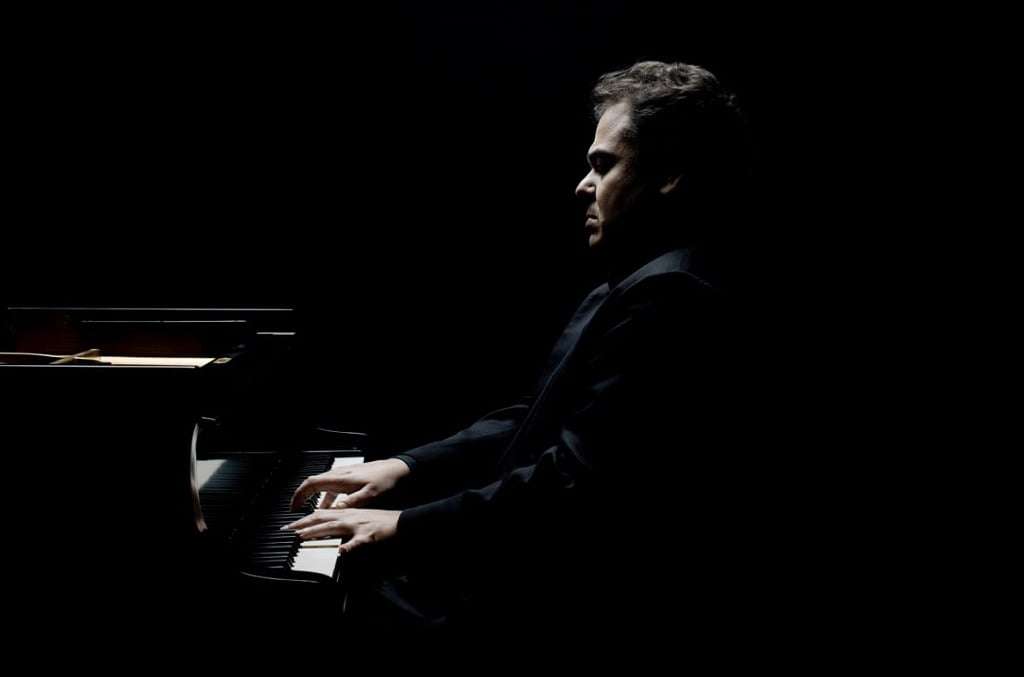 The early Italian Renaissance man Petrarch’s (1304-74) obsession with an Avignon girl yielded 366 poems. Of the ten pieces that comprise Liszt’s Second Year, Italian, from his triptych Years of Pilgrimage there are three Petrarch Sonnets: 47, 104 and 123. Volodos was immediately on seductive form with 123, and offered this as a gentle love song. And he poured layers of grief over La lugubre gondola, heard here in its second version: mysterious tension from the outset before solemn defiance as something heart-quickening comes into view, and then a corner is turned and it is back to the start. Almost Thomas Mann’s Venice of a generation later.

The first of the Two Legends concerns Saint Francis of Assisi’s sermon to the birds, the other is based on Saint Francis of Paola walking on the waves. It is pure onomatopoeia for the birdsong from Liszt, and Saint Francis’s sermon came through strong and clear from Volodos in grand style. Seemingly simple phrases given lightly added to the profundity of the piece. The Ballade No.2 takes as its programme Gottfried August Bürger’s Gothic horror ballad Lenore, and was pure wind-swept Romanticism from Volodos. It began ominously, scrambled to a march, via love-songs and huge outpourings before were back to where we were, Volodos holding a silence that meant as much as some of the notes.

The funereal tread of the Marsch from Schumann’s Bunte Blätter brought to mind Chopin’s from the Second Sonata. Volodos treated it grandly and with space, and served as excellent bookends to the invitingly-rendered central Trio. Abendmusik had a conversational lilt. Schumann’s Humoreske is an extended piece, almost 30 minutes, and in the composer’s own words: “variations, but no theme”. Volodos’s dynamic range covered the pieces with great precision, all ground occupied rather than just the extremes. Volodos was in complete command, and we were given gentle lullaby, whimsical frolicking, flights of fantasy – get on board for the ride, invited Volodos – and grandiosity. It was an interpretation that compelled throughout, and was sublime.

Volodos, come the finish, was genuinely engaged with the audience, and acknowledged the affectionate applause with five encores. There was more from Schumann (Träumerei from Kinderszenen, Vogel als Prophet from Waldszenen) and then some Schubert (The Third of Six moments musicaux D780, and the Minuet D600) before finishing with, and recalling the earlier Liszt, gorgeous painting with music from Federico Mompou, his El lago: the shimmering surface of the eponymous lake coming from the delicate right hand.