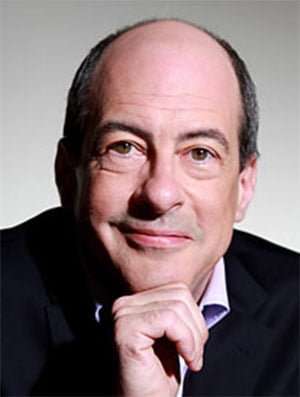 This performance of Benjamin Britten’s War Requiem was the last scheduled event in New York commemorating the composer’s centennial year, which has brought many notable performances. The Atlanta Symphony Orchestra and Chorus, with music director Robert Spano, were joined by Evelina Dobračeva, Stephen Powell, and Thomas Cooley (replacing an ailing Anthony Dean Griffey), and the Brooklyn Youth Chorus.

War Requiem was composed for the consecration in 1962 of the re-built Coventry Cathedral, adjoining the ruins of the medieval structure that had been bombed in the Second World War. Britten, a pacifist and conscientious objector, used this commission to create a powerful anti-war statement, interweaving texts from the Latin Mass for the Dead with poems on the horror and futility of war by Wilfred Owen, who was killed in combat in the First World War. The work is dedicated to friends of Britten who had died in the Second War. It was premiered by the City of Birmingham Symphony Orchestra conducted by Meredith Davies (in the sections for soprano, chorus and orchestra), with Britten conducting the Melos Ensemble (accompanying Peter Pears and Dietrich Fischer-Dieskau). Heather Harper performed the soprano part, written for Galina Vishnevskaya, who was not permitted to travel from the USSR for the premiere.

On this occasion, the Carnegie Hall stage was so completely filled by the huge orchestral forces and the chorus that Spano’s podium extended off the stage, requiring part of the first row of seats to be removed. The children’s chorus – mixed rather than all-boys as Britten specified – was positioned high and at the rear of Stern Auditorium, and the chamber ensemble that accompanies the male soloists were seated directly in front of Spano surrounded by the full orchestra.

This was a very well-prepared performance, with Spano in command and attentive to every detail. The ASO sounded terrific, with the chamber players especially outstanding, providing plaintive tones from cor anglais, delicate timbres of a string quartet augmented by double bass, and a gentle harp accompaniment to Cooley and Powell’s close harmony representing the voice of an angel. The large chorus was excellent, singing at a near-whisper or delivering powerfully, and having the final touching words: “Requiescat in pace. Amen.” These singers’ diction was impeccable throughout – even more so than that of Dobračeva, who sang beautifully but at times was difficult to understand. The children’s chorus resonated with crystalline clarity.The highlights were Cooley’s and Powell’s renditions of Owen’s poems. In the ‘Offertorium’, based on the story of Abraham and Isaac, their alternating solos and angelic duet preceded the shock of Owen’s twist on the Biblical tale. Here, Abraham disregards the angel and “slew his son, – And half the seed of Europe, one by one”, the latter line repeated again and again with powerful impact as the chorus reiterated (in inversion) the Latin text of God’s promise to Abraham and his seed. Cooley’s solo, ‘One ever hangs where shelled roads part’, was very strikingly sung, and the successive tenor and baritone solos depicting the encounter between a British soldier and the German soldier he had killed were quite moving, as was their tenderly delivered call for peace and rest, “Let us sleep now.”