This concert, part of the Australian Chamber Orchestra’s latest Australian tour, certainly lived up to its name. Featuring yet another high-profile international soloist in trombonist Christian Lindberg, the programme moved effortlessly from the baroque to the present day before culminating in the music by two composers whose lives crossed the turn of the 20th-century. 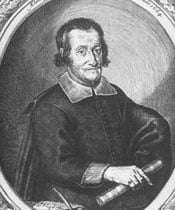 Antonio Bertali (1605-1669) was an Italian composer who spent most of his working life in Vienna; Dario Costello (from Venice, early 17th-century) is remembered today for having published two volumes of sonatas for various instruments. The works heard here were originally written for an early form of trombone (the sackbut or sagbut), strings and continuo. Both are in the typically florid Italian style; both have contrasting sections. Performances were strongly characterised, with some fine duetting between not only Tognetti and Lindberg but Tognetti and Principal Second Violin Helena Rathbone. Any intonation problems (and there were some, not least in Lindberg’s upper register) were more than compensated for by a rich array of colours and a thoroughly musical approach.

Arvo Pärt’s Fratres needs no introduction, except to say that this particular version (there are many) was commissioned by the ACO in 1995 for performance with the present soloist. The string parts were, of course, gorgeous, and the combination of bass drum and what looked to be Aboriginal message sticks rather than the more common claves added an extra dimension, especially when Lindberg’s multiphonics recalled the drone of the didgeridoo. Overall, Lindberg’s playing was exceptional, again despite some occasional lapses in intonation, but whether the trombone really suits the mystical atmosphere of this work (despite the instrument’s religious connotations) remains open to debate. What can’t be questioned, though, was the depth of feeling evinced by all concerned. 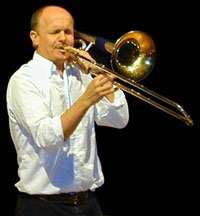 Lindberg’s own ASA, for strings, trombone, harpsichord and electric violin (in this case a 6-string Violectra), was a commission from the ACO. Comprising five sections, the work explores the relationship between ancient and modern belief systems, and whether one is really more valid than the other. Lindberg’s starting point is ASATRO (the Aesir Cult), the religion of the Vikings. In ‘Souls on the Beach’, the concept of good and bad in both gods and people is explored, while in ‘Metric Garden’ the focus is on these same gods – as Lindberg puts it in his programme notes, on their being “as wild, unethical and with as many weaknesses as human beings”. ‘Elvis in Memoriam’ and ‘Lost Harmony’ continues the dual-nature theme, and asks that we forgive figures like Elvis, Michael Jackson and Bill Clinton their weaknesses. The last section, amusingly titles ‘The World is an ASA-hole’, refers to the fact that the ASATRO says the world was created in a Big Hole.

The performance was lively, vigorous and often humorous; however there does seem to be a lack of rigor of construction in the writing and it too often descends into pastiche. Which may well have been the intended effect. Particularly striking, though, was the combination of trombone, electric violin and harpsichord, which combination of colours Lindberg does exploit quite successfully.

The second half brought a whole different, perhaps more orthodox, soundworld. Gone were the harpsichord, electric violin and trombone; the full complement of string players now inhabited the stage. Ravel’s ‘Kaddish’ is the first of his two “Chansons Hebraïques”; the original version for voice and piano was later arranged by the composer for voice and ensemble before Ravel’s friend Lucien Garban arranged it for violin and piano. Richard Tognetti has arranged it for violin and strings, and it works a treat. This was a chance for Tognetti to show off both his wonderful cantabile style and the sound of his 1743 Guarneri.

The final work was also the best and the most convincingly played. Debussy’s String Quartet, from 1893, works particularly well as a string arrangement because of the clarity of the original writing. In all four movements there was unanimity of mind, phrasing and masterly dynamic control, bringing out the sensuality and complexity of the writing while avoiding any feeling of ‘thickness’. This was no doubt down to Tognetti allowing for the texture to thin to just the original single lines when required. Near-perfect in both arrangement and execution.