Christine Brewer is a noted exponent of some of the heavier soprano roles. But like most non-Italian divas, she also gives song recitals and this Wigmore Hall concert contained some adventurous programming. You don’t often hear such a contrast in musical styles, with two German heavyweights coupled with a British giant and a virtually unknown African-American.

The concert opened with a virtuoso performance by the House Manager, David King. Mr King is a natural comic and he always delivers his plea for silence – and on this occasion the arrangements for grabbing free booze at the interval – with immaculate timing and urbane, affectionate, humour. One can only hope that the management will eventually produce a Wigmore Hall Live CD of these intros. Meanwhile, this recital was being recorded for the Wigmore Hall’s CD label.

As Mr King pointed out, as well as being the first concert after the Wigmore’s summer sojourn, this was the first outing for the Hall’s new Steinway. In the hands of one of the world’s greatest accompanists, this instrument is certainly an improvement on the old. That always sounded as though the sustaining pedal was being used. Its replacement avoids this problem with greater definition in the midrange and more delicacy and projection in the upper and lower registers.

Roger Vignoles opened Wagner’s “Wesendonck-Lieder” with beautiful legato phrasing and subtle rubato. Brewer responded with slightly too much volume and very generous vibrato. In the first stanza, some of the words were virtually inaudible and, at the climax of the third verse, the high note came close to being a squawk. Throughout the recital, the singer’s upper register, at anything above forte, was rather harsh and her diction less than crisp. There wasn’t enough tumult at the start of the second song, or enough raptness at the end. ‘Schmerzen’ needed more legato and portamento and as with every dramatic soprano I have heard, ‘Träume’ lacked Innigkeit. 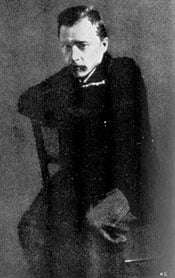 The great Wolf settings were better, with a beautifully melancholic end to the first song and an exquisite subito piano at “schönen” in ‘So lasst mich scheinen’. In every song Brewer sounded more involved, even if she lacked the word-painting and expressive nuance of natural Lieder singers. Vignoles’s playing was in the grand tradition. He traced beautifully balanced lines and patterns of sound and brought power to the climaxes. It is very easy to forget that this quiet, unassuming man is one of the world’s great musicians and this concert was a welcome reminder of his brilliance.

In the second half the Britten “Cabaret Songs” were given in a different order to that on the programme. ‘Calypso’ is fiendishly difficult rhythmically and on several occasions the singer was adrift from the piano. Towards the end, to huge delight, Brewer used a wolf-whistle that could have been heard three blocks away from Grand Central Station – truly alarming! Both W. H. Auden and Britten were, of course, gay and ‘Johnny’ is clearly written by a man about a man and both artists sung it with unaffected simplicity. Cole Porter and Broadway influenced ‘Tell me the Truth about Love’. Neither artist seemed at ease: Vignoles was too classical and Brewer failed to inflect the recurring words of the title with enough variation. As ever, true Broadway style evaded two distinguished classical artists. After “Four Weddings and A Funeral”, it is doubtful whether anyone doesn’t know the true meaning of this glorious, elegiac, dirge, and while the singer was the wrong sex, Brewer delivered the words with great simplicity and power and Vignoles imparted tolling darkness to the piano part.

John Carter’s “Cantata” was written in 1964. Carter was an African-American and obviously deeply aware of the massive suffering of black America at the time of the fledgling Civil Rights movement. The composer mixed slave song-rhythms with religioso harmonies, words and sentiments. In the first three sections, pairs of lines are constantly – if not repetitiously – repeated. Religion and politics mix effortlessly in the USA, but the UK is rather more secular and for an atheist like myself, it was all rather cringe-inducing and the music wasn’t memorable enough to overcome this problem.

Unfortunately the first encore, by Paul Johnson, was called “Study on a City Called Heaven” and this really did try the patience. Things improved enormously with a rapturous account Strauss’s “Ich liebe dich” and the final simplicity of Bob Merrill’s “Mira”.