It is refreshing to read a programme note that is not overly and only concerned with how one key changes into another or how this or that movement is in sonata form’, which can be rather sterile and meaningless. There is nothing wrong with providing this information but it is also desirable to have something about what the players themselves feel about the music, as we did here, or a more descriptive assessment of the music. It is unfortunate, though, that such anodyne quotations were chosen: of the Tartini, Bálint Székely offers: “… it shows that virtuoso violin writing can be coupled with a musically satisfying work.” There is also the danger, as here, that the thoughts of the musicians do not match their interpretation. The recital’s hallmark was the lack of a proper partnership between these musicians. Not once did they attempt to engage in body communication (this was not helped by Székely having his back to Mariko Kondo) and her playing was ponderous throughout. 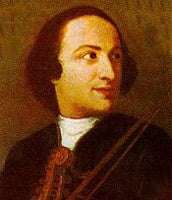 The opening of the ‘Devil’s Trill’ Sonata (here in the arrangement by Kreisler) began with restless energy but, later, in the third movement, there were problems from Székely in tone production. Throughout, Kondo’s playing could only be described as an accompaniment and the famous trills from the violin were rather limp. In Schumann’s sonata, there was the omnipresent feeling of feet being dragged, although the problems with Székely’s note-production seemed to be overcome here. With no vigour in the opening movement and, again, without any hint showmanship, all focus was on Székely by default because of the lifelessness of Kondo’s playing. Parts of the Allegretto were handled delicately but the soul was lacking.

In happy contrast, Ysaÿe’s arrangement of Saint-Saëns’s piano piece was delightful in places and there was a definite dance quality to it. To make Bartók sound Romantic, as here, takes quite some skill but it is, nonetheless, wholly undesirable! There was no sense of its Hungarian gypsy tradition and any ironic humour usually associated with the opening section was jettisoned here. More Bartók was offered as an encore in the form his Romanian Folk Dances, all six, which lack the spirit of the dance and a distinctive sound. 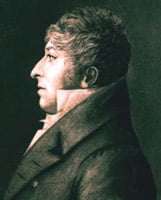 By far the most disappointing was the ‘Kreutzer’ Sonata, again due to the lack of interaction between the players. The ‘Kreutzer’ is a biting and virtuoso work for piano and violin that should surge and fight with itself in the opening movement but which here was plodding and given with anaemic and unvaried tone; the pizzicatos were limp, too: a dispassionate performance. Parts of the central Variations sounded too much like a lullaby. The piano’s opening chord signalling the finale failed to attract attention and, like the opening movement, had little thrust, no exposition repeat and lacked bite and attack.