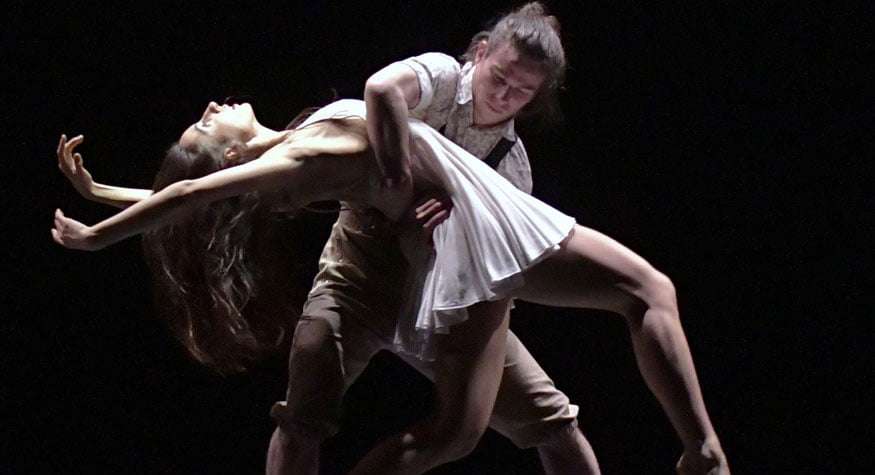 Ostensibly, La Fresque (The Painting on the Wall) is French choreographer Angelin Preljocaj’s treatment of an ancient Chinese story concerning the traveller Chu’s interactions with a wall-painting of five women – in contemplating the image, he enters it and spends years there only to return to the world of humans and to discover that only seconds have passed. It is a variation on the ‘portal’ narrative in which a human being passes into another dimension where not only time but all aspects of reality are different, and which has always been a magnet for creative artists to flex the muscles of their imagination and to indulge in flights of fantasy that lend themselves in a theatrical context to special effects and striking tableaux.

In dance, this fantastical genre reached its apogee in the form of the late-nineteenth century ballet féerie, exemplified by numerous works by the great Marius Petipa his 1862 The Pharaoh’s Daughter onwards, but it has never really gone away. La Fresque is the latest example, the narrative really only an excuse, if truth be told, for an eighty-minute divertissement which seeks to create a series of striking tableaux whose purpose is no other than to entertain. 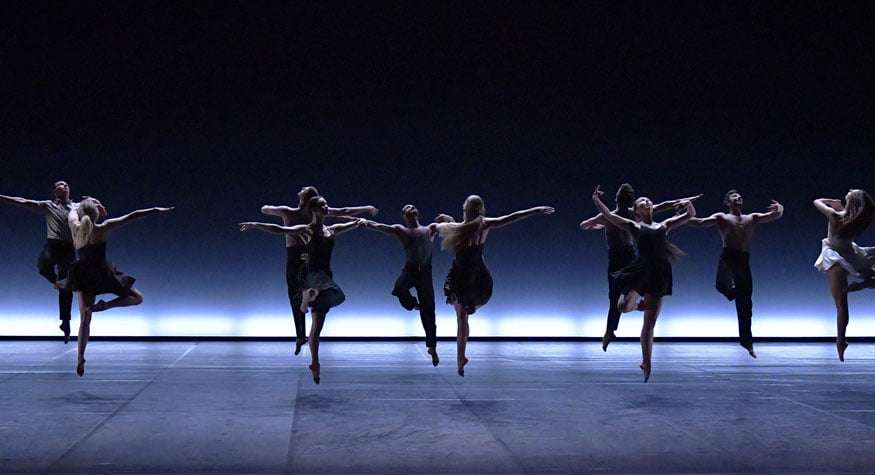 La Fresque remains, therefore, on one level only, that of entertainment, and does not seek to go further or deeper. It is slick and smooth, the effects achieved by a sophisticated combination of stagecraft, lighting, costuming and movement and the choreography is deliberately wide-ranging in its scope, a bit of Merce Cunningham here, a bit of ballet there, some Loie Fuller swishings and some Charles Atlas posing, a potpourri of styles and influences brought together by an undeniably talented crafter of stage effect. It is at his most successful in adagio movement, in the undulations of what seems to be an underwater pas de deux (echoes of Petipa again) or the mesmeric slo-mo gymnastics of a section in which the five women’s hair extends into the flies above, becoming Cirque de Soleil-like ropes on which hang the five men. The stagecraft is exemplary throughout.

Nicolas Godin’s score is itself an amalgam of sounds, effects and styles, rather more effective (and bearable) in its more dreamlike passages than when electric guitars are given full throttle. The video projections of what must be flowing hair (given Chu’s obsession with the hair of one of the five women in the mural) are beautiful, and Azzedine Alaïa‘s quirky costumes please the eye. 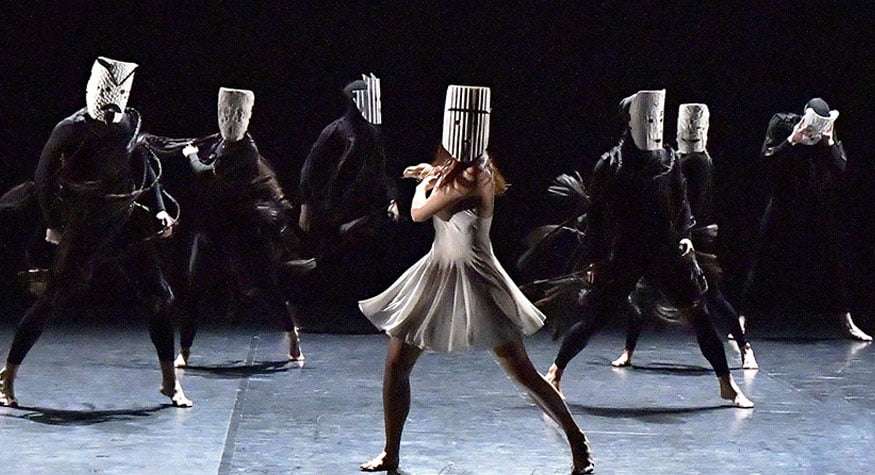 Preljocaj’s ten dancers impress – the men are on the muscular, even stocky side, and possess strength and stamina, while the women combine grace with a steely core that allows them to waft nymph-like as well as stomp and bound with tireless energy. The lead couple, alas, were unidentified in the programme, which is a pity, given his superb partnering and her movement quality, which draws the eye, such is the intensity of her stage presence.

La Fresque does not set the dance world on fire – it is an entertaining and occasionally striking, which resolutely refuses to explore the relationship between reality and fantasy. Polished and professional, it ends as it begins, and we leave the theatre neither moved nor challenged, perhaps thinking more about the next tube home.