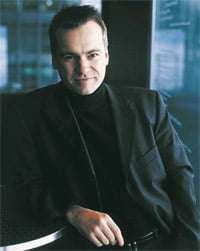 The Bamberg Symphony Orchestra may be the best-kept secret of German music. Though it frequently tours in Europe and has recently played engagements in Asia, its appearances in North America are far less frequent. The present tour is limited to New York, with two performances at Lincoln Center and one at the Tilles Center on Long Island.

Jonathan Nott led what may be the most extroverted performance I’ve ever heard of Anton Webern’s sparsely scored, rigorously concise Opus 10. The particularly pungent woodwind and string timbres retain the traditionally German sound, adding to the sometimes quietly ominous, sometimes explosive or exuberant, and consistently expressive mood of these miniatures – helped by Webern’s sparing use of guitar and mandolin.

Nott and the orchestra went straight into the Schubert. It may have been subtitled the ‘Tragic’ by the composer, but Nott’s rumbustious, energetic approach conjured contrasting merriment and minor-key seriousness, particularly in the finale. No sparing vibrato or other trappings of the ‘authentic’ brigade here – and although there were no more than forty string-players, the full-bodied, rich timbre was enormously satisfying. Nott’s approach to this symphony has more in common with Beecham than most contemporary conductors. 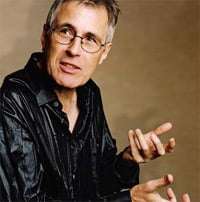 In Brahms’s Second Piano Concerto, the volume and quality of sound produced by an ensemble of modest size was impressive and never overpowered Christian Zacharias. I can’t recall a live performance of this concerto that was so well balanced. There were a few fascinating details, two of which occurred back-to-back. Nott ended the second movement without a rallentando to remarkable sock-in-the-gut effect, and took a faster than usual tempo for the next movement, using balances and voicing more like a chorale than an accompaniment for the cello’s tune. The similarity to Brahms’s a cappella music was stunning, the effect quite beautiful.

I was not as impressed with Zacharias, in large part due to the piano, a Hamburg Steinway with a harsh edge that wasn’t helped by Zacharias’s often too-aggressive-by-a-degree articulation and his habit of pulling a little ahead of the orchestra, especially during the first two movements; in the second one might think that someone marked Zacharias’s score ‘molto furioso’. The third movement was more satisfying, but would have been far better, as would the entire concerto, with a warmer instrument to complement the orchestra.