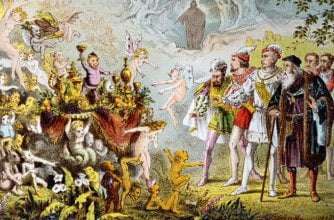 Drawing to the end of Shakespeare 400, Bampton Classical Opera brought to St John’s an unusual if perfectly apt concert, pairing an early operatic treatment of one of the Bard’s great tragedies, with an almost contemporary Ode based on three plays in which Shakespeare dramatised the supernatural, both first heard in 1776. We heard very little Shakespeare as his words and stories were filtered through, in the first half, translation (into German and back into English) and the thoughts of a schoolboy (handsomely, if perhaps improbably, named French Laurence) in the second.

Georg Anton Benda was based for most of his career in Gotha, where he was Kapellmeister to Duke Frederick III from 1750. Even after the death of the Duke there was a tradition for the court to import – in translation – theatrical hits from London, not only Shakespeare (via Garrick’s restorations) but also Goldsmith and Sheridan. Romeo and Juliet was produced in a version by Christian Felix Weisse, after which Friedrich Wilhelm Gotter made a prose libretto for Benda’s Singspiel in three Acts, the same year as Johann Gottfried Schwanenberger’s Italian-language opera on the story: probably the first operatic versions of the tragedy, an indication of Shakespeare’s influence in Germany.

Bampton Classical Opera gave us about thirty minutes of excerpts. In a much contracted form (the first five days of Shakespeare’s plot are concertinaed into the first Act; indeed the action starts after Romeo and Juliet’s secret marriage has taken place) and there are but four characters – the lovers, Juliet’s nurse, now made a confidante called Laura, and her father.

Clare Lloyd-Griffiths’s light, bright soprano as Juliet opened with a lengthy recitative and slow aria worrying about the future, while Caroline Kennedy’s Laura offered loyalty and steadfastness. Romeo – in the capable hands of Thomas Herford – only appeared in duet, first with the closest excerpt to Shakespeare. On their final night together, Romeo, having been exiled, is at first eager to leave on hearing what he thinks is dawn’s lark, but is persuaded by Juliet that it is still nightingale’s song, before both change viewpoints: she worried that he will be caught if he stays and he now willing to dawdle.

Perhaps the most impressive section was the Gluck-like funeral cortege from Act Three, bringing in the small but sonorous chorus of Cantandum, Herford now doubling as a mourner and late-replacement Richard Latham summoning up Capulet’s anguish at his daughter’s death. Kennedy returned to emote a poignant eulogy to her friend. What we would expect to by Romeo’s fatal exchange with Juliet in Benda’s hands becomes more rapturous and follows that later Shakespearean tradition of fashioning a happy ending, explaining the upbeat chorus to close. 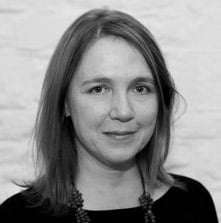 Thomas Linley was just twenty when his Shakespeare Ode got its only known performance in his lifetime (he died two years later in a boating accident), but it was probably earlier inspired by Garrick’s Shakespeare revival season in Stratford in 1769. The libretto by schoolboy friend, French Laurence, was revised and expanded from the original teenage effort (for a Winchester School competition), though there is barely a bardic iambic pentameter in its 65-minute length.

Using the Steiner & Bell edition, three soloists are named Spirit of Avon, Fancy (Caroline Kennedy) and, in the second part, Fearful Observer – Thomas Herford now joining the chorus – Bampton’s performance reminded of Haydn’s great oratorios, with flashes of other composers (at one point Lloyd-Griffiths’s ornamentation suggested Rule Britannia!). It’s quite twee, in Fancy’s invocation of almost messianic import heralding Shakespeare’s birth and invokes Oberon and Titania from A Midsummer Night’s Dream, as well as Macbeth’s witches and Prospero’s Tempest engineered by that spirit Ariel, all coming together in a final choral plea.

While we wait for that new Shakespeare to arrive (400 years is a long time…), it was nice to be reminded that, even if not top-drawer verse or idiosyncratic music, Linley Junior’s Ode is worth more than the occasional outing, especially in a tangy account on ‘period’ instruments. Joel Raymond’s keening oboe was a distinctively piercing common denominator in Benda’s and Linley’s orchestral armoury, nicely contrasted by the softer grained tones of Eva Caballero’s flute and Hayley Pullen’s bassoon. The quintet of strings was enough to fill St John’s appreciative acoustic and Cantandum’s voices were admirably balanced. There was also something festive about the setting, the performers in front of the red velvet curtain, and the church’s columns under-lit with red. Gilly French conducted with unfussy aplomb and to marvellous effect.