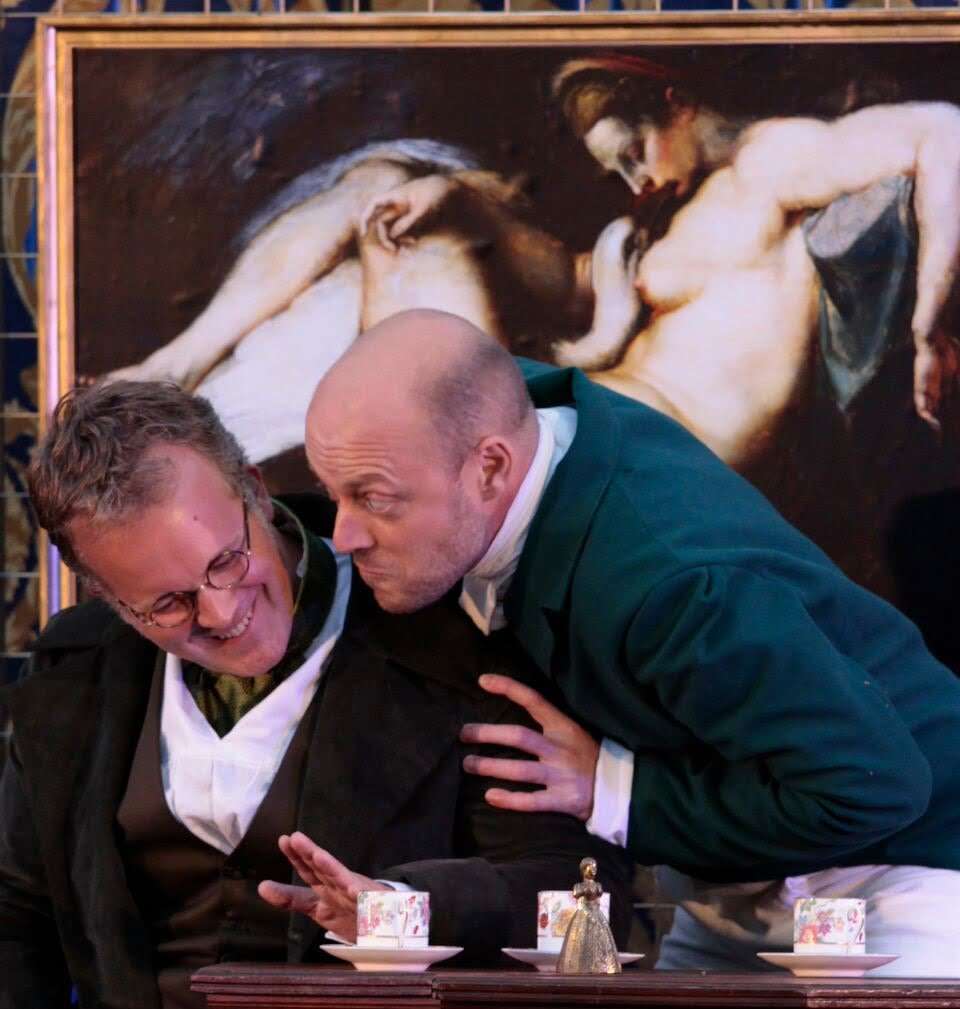 The myth of Salieri’s poisoning Mozart has unfairly marred the Italian composer’s reputation since even his own lifetime, and his operatic achievements have struggled to emerge from the long shadow cast by his younger contemporary’s unparalleled masterpieces. Probably no company in England has done more to rehabilitate Salieri’s reputation than Bampton Classical Opera, whose production this year is its third by him, revealing an able talent who built upon the reforms in the genre brought about by Gluck and anticipated the symphonic structures of Mozart’s greatest stage-works. The fast-paced, stuttering word-setting in a couple of instances even look ahead to Rossini. Although it quickly achieved wide popularity throughout Europe, The School of Jealousy fell into obscurity along with the rest of Salieri’s output, and it is believed that this is the first performance in England in modern times.

More specifically, The School of Jealousy casts a particularly fascinating light upon the relationship between Salieri and Mozart, as well as the development of their respective operatic styles. Originally written for the Venice carnival in 1779, it was revised in 1783 for the inauguration of the Italian Opera troupe in Vienna, with the libretto amended by none other than Lorenzo Da Ponte, who forged a close working relationship with Salieri before also doing so with Mozart. Francesco Benucci and Nancy Storace took part in the Viennese performances and they later created the roles of Figaro and Susanna respectively.

Bampton’s mounting of this production is designed to commemorate Storace in the two-hundredth anniversary of her death, and it is perhaps why Jeremy Gray’s costumes and set evoke the Regency period rather than the 1780s or any other era. But there are points of similarity between Salieri’s opera and Da Ponte’s Beaumarchais adaptation with the figure of a philandering Count, and relationships that cut across class boundaries. 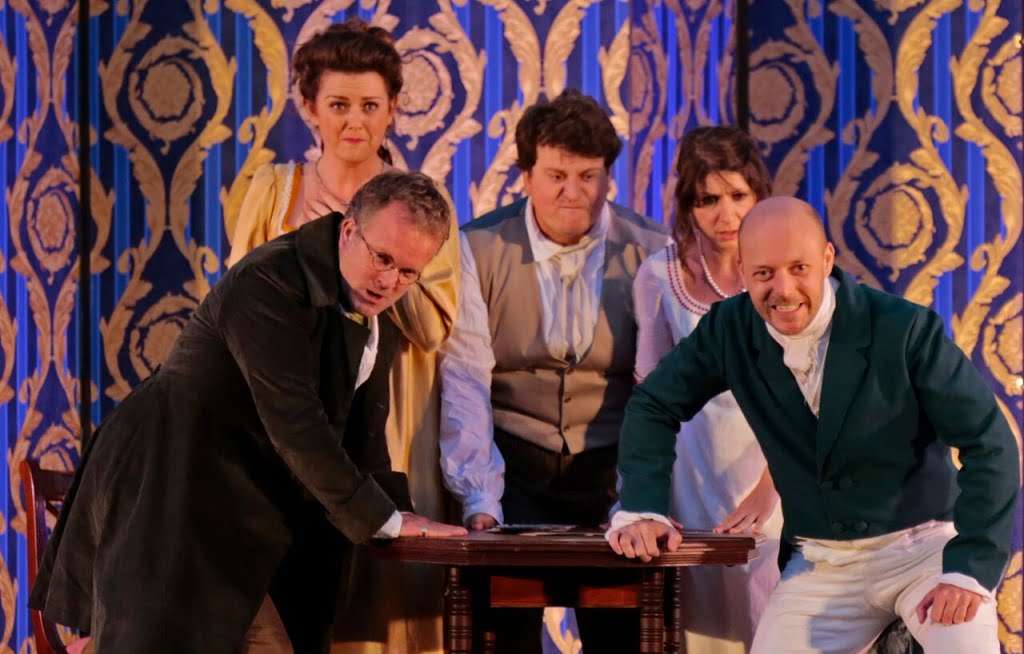 Alessandro Fisher in the central role convincingly embodies the nature of a confident, charming rake with lyrical and well-projected singing, if just a touch tremulous at times. However, Carlotta and Lumaca, of the servant class, do not receive much attention – other than contributions to some of the ensembles (including Carlotta’s dressing up, alongside the Countess, as a palm-reader to expose the Count’s amorous wiles with Carlotta’s mistress, Ernestina), with Lumaca granted one aria which Samuel Pantcheff despatched with some delightful mischief, not unlike his counterpart in Figaro. Kate Howden was somewhat formal and stiff as Carlotta.

More pertinently, however, Jealousy evidently inspired more directly Da Ponte’s final collaboration with Mozart, Così fan tutte, in its unflinching examination of the viability of romantic attachments, licit and illicit, and the librettist seems to have paid homage back to the earlier work with his subtitle to Così, ‘La scuola degli amanti’ – the school for lovers. Thomas Herford takes the part of the Don Alfonso-like Lieutenant with an adroit light-touch as he engineered the various situations by which the pairs of lovers might confront their feelings of jealousy as they entertain the prospect of each partner’s seeking the affection of another, though perhaps to a less cynical end than his counterpart in Così.

Although The School of Jealousy resolves rather more neatly than the unsettling denouement of Così, it gently mocks the tendency of the intellectual climate in which it was written to pathologise and categorise a fundamental, but inscrutable, aspect of the human condition with the Count and Ernestina’s trip to a lunatic asylum to witness the apparent effects of jealousy upon its victims, in a similar fashion as Così sends up the analytical systems of medicine and the law in having Despina disguise herself as practitioners in those disciplines. 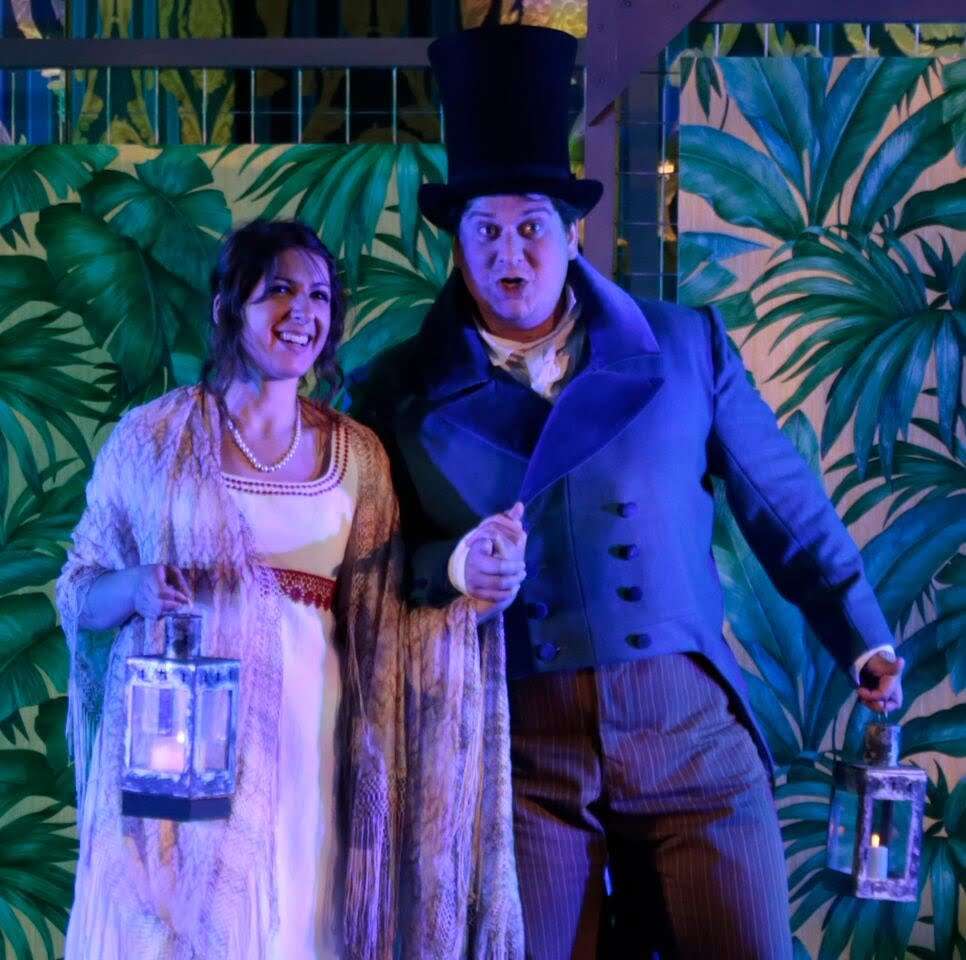 As the jealous grain merchant, Blasio, Matthew Sprange delivers a variously comic and vociferous account of the role which reveals all the paranoia of the bourgeois class in expressing his insecurities as to the continued possession of his most important possession, his wife, as he sees it. Nathalie Chalkley showed notable passion and spirit in that part, not least in her aria when she warns Blasio that, although she could love him still, she will not be crossed or controlled in her affections and feelings. Rhiannon Llewellyn expresses appropriately greater aristocratic composure in characterising the part of the Countess, depicting her outrage at her husband’s flirtation with Ernestina, and in the longer, lyrical lines of her self-pitying outpouring which look ahead to the two great arias for the Countess in Figaro.

Owing to rain this performance took place inside the church at Bampton rather than in the Deanery Garden. With limited space it was not possible to use all the scenery to create the full setting. However, in drawing attention to the effective and dexterous choreography executed by the cast it did not seem to be so much of a compromise. Furthermore less of the vigorous detail of the score was lost inside the church under Anthony Kraus’s conducting. Sometimes the strings were approximate in intonation, but the orchestra (with oboes, horns, bassoon and harpsichord in addition) sustained a sense of occasion and tension within each number, which comprise a more fluid series of varied sections rather than the more inflexible da capo form, which impelled the drama with a nimble pace but was not hard driven.

This is an enchanting staging, then, which entertains without assuming or requiring any knowledge of its cultural background, but it will also provide interest to those keen to explore the repertory beyond Mozart and Haydn, and make connections.