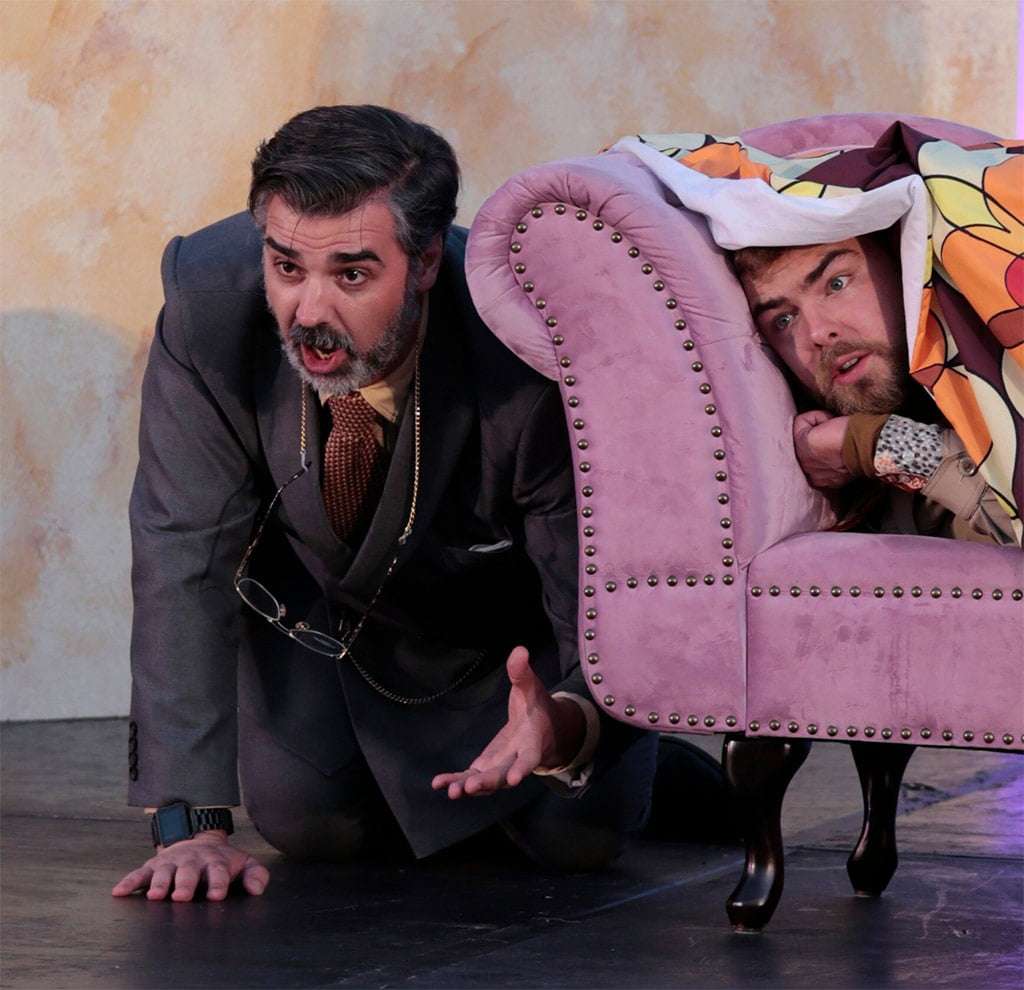 On the evidence of Gli sposi malcontenti (1785), Mozart had a faithful disciple and imitator in Stephen Storace. That is not intended as a slighting or back-handed comment, but rather recognition of the younger composer’s achievement. It pre-dates The Marriage of Figaro by a year, and is already a fully-fledged opera buffa, with all the exuberance and dramatic flexibility that entails, paving the way for Mozart’s masterworks. Storace’s first opera – commissioned by Emperor Joseph II for Vienna’s Burgtheater – anticipates Figaro in several respects, particularly in Act Two’s escapade around the sofa when Artidoro has to hide from Rosmondo, as Cherubino has to do the same to eschew the irate Count; and also in the Finale where various subterfuges play out in the dark, with characters in disguise, to comic confusion. Indeed it seems likely that the librettist had read Beaumarchais’s Figaro play.

Storace’s style is more foursquare than Mozart’s, but being twenty-three when he composed the opera it is hardly surprising if he had yet to find his voice, and the resulting score is, by any estimation, competent to say the least, even if not shot through with Mozart’s genius. The latter’s fingerprints are all over it, nevertheless, for example in the quicksilver changes of mood and expression in response to each twist and turn of the plot; an unyielding vivacity in the music overall (the minor-key rarely registers for long); and the scoring enriched with woodwinds (aside from trumpets and drums) so that flutes, clarinets or bassoons, as the case may be, heighten the emotion of a given aria. 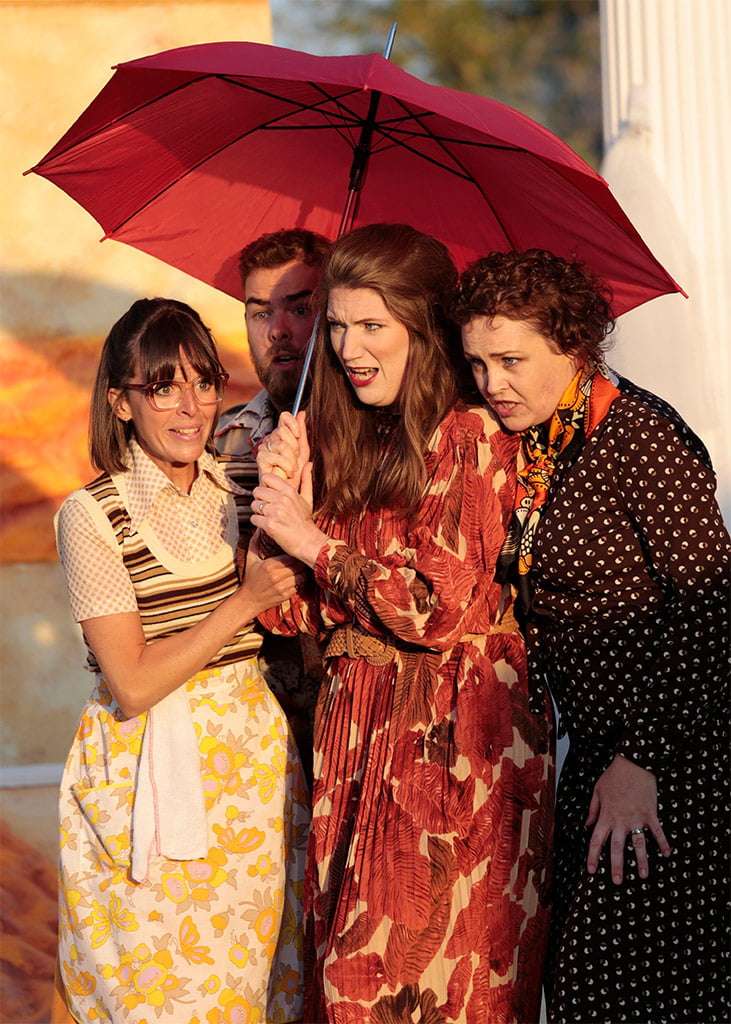 Rain prevented this opening performance (of what is apparently only the second-ever production in the UK) from taking place outside in the Deanery Gardens at Bampton, and so the action was re-located inside the village church. Although that curtailed the space and scenery with which the performers had to work with (in which the set should have comprised two stages of a wedding cake), in no way did that appear to hamper the exceptionally lithe choreography they had to execute in Jeremy Gray’s consistently busy and insightful direction. The action is tellingly updated to the 1970s at a time of changing social opinions as a younger generation toy with more liberal attitudes to romantic relations and the notion of duty, to the consternation of the older people, represented by Robert Davies’s steely Rosmondo, the father of Casimiro (Gavan Ring), the dull simpleton to whom Eginia finds herself unsatisfactorily married on her father’s order, following a warmer relationship with Artidoro. In fact we can precisely date the setting to the beginning of 1973 as the front of the newspaper brandished by Rosmondo carries a story about the UK’s entry into the EU, and in his aria condemning modern times, he comments on the behaviour of the younger character that the “barriers are now up” in punning disapproval.

The singers more or less unanimously do justice to their respective roles, bringing out the irrepressible liveliness of the comedy. Working with a witty English translation of the libretto that often adapts the text idiomatically, with some amusing turns of phrase and rhymes (not least in the new title), the cast enunciate their words with conviction and enthusiasm, thereby carrying the drama over clearly, vital in this context where there are no resources for surtitles.

Adam Tunnicliffe stirs up trouble as the scheming but cowardly scholar, Valente, bringing that off with vocal panache at the same time as having to manage some nimble tripping around the stage. His dilemma is that he loves Enrichetta, Casimiro’s sister, who has now taken up with Artidoro instead, but he sees the chance to try and turn things to his advantage by claiming that Artidoro and Eginia are still in love, despite the latter’s marriage to Casimiro. This has the semblance of truth on account of Eginia’s unhappiness and surliness with Casimiro. Where Ring, in the latter role, sings with clean clarity to the point of apt ingenuousness, Jenny Stafford achieves a more determined, alluring nobility as Eginia, at times foreshadowing the Countess of Mozart’s Figaro, especially in the Cavatina of her first appearance – although its lyrical simplicity and innocent pastoral tone, with its flute accompaniment, also harks back to such a number as Aminta’s at the opening of Il re pastore (1775). 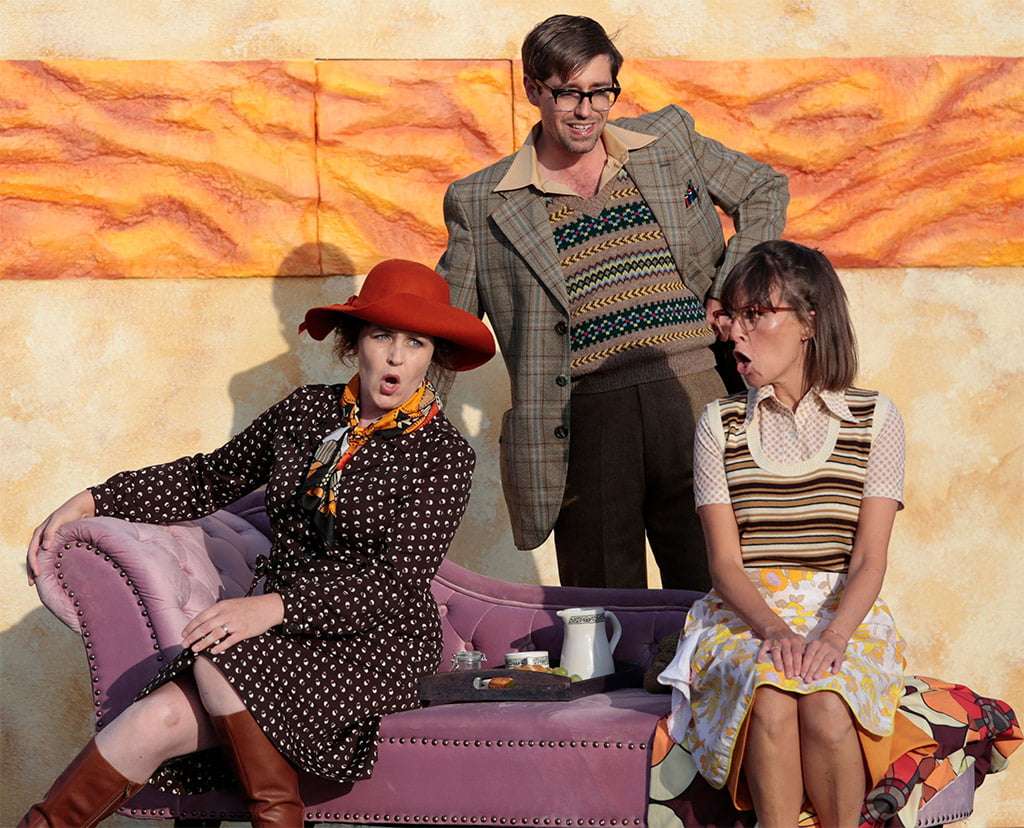 Arthur Bruce interprets the role of the lover, Artidoro, securely and confidently, with a certain degree of louche swagger as he appears at first smoking a joint, encouraging the servant Bettina to do the same, in Caroline Kennedy’s light-toned, jolly account. Aoife O’Sullivan provides well-judged contrast to the other two female roles, as Enrichetta, with her generally steady focus and gentle tone.

Anthony Kraus and the chamber-scale Orchestra of Bampton Classical Opera make a compelling case for the score with its fluidity of form, requiring the musicians to shift gear, quickly and frequently. If the strings are occasionally thin and imprecise, the woodwinds often cover over that to sustain Storace’s generally integrated textures that are as recognisably Mozartean as those which any other composer or imitator has achieved. On its own terms, this production is highly engaging and Storace’s opera is revealed as a rewarding one. But it takes on an added dimension of interest by comparison with those by Mozart, and so admirers of the latter really should make every effort to take up this rare chance to deepen their appreciation of the context in which he worked.