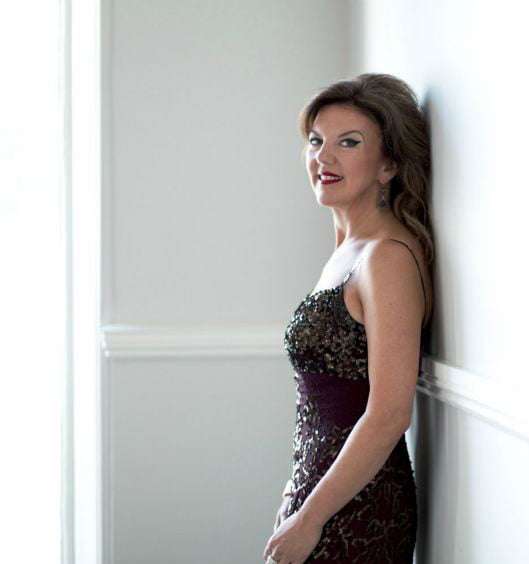 Barnes Music 2017’s offerings showcase an intriguing theme of Music and Place. Seeking to explore how landscapes and locations influence composers, the organisers have planned a two-week Festival. Opening night was a sparkling affair with Tasmin Little, and Barnes’s artistic director Daniel Turner took to the podium, while Orpheus Sinfonia is a wonderfully youthful outfit.

Festival Patron, Roxanna Panufnik, offered us sensual and dance-informed music with two sections from her Four World Seasons, an ideal complement to Vivaldi’s set of seasonal Violin Concertos. Panufnik explained that the genesis of ‘Autumn’ was literally a gift from an Albanian taxi-driver in the form of a CD of his native music. Consciously aware of the Vivaldi, Panufnik writes music that is descriptive, exploiting the musical and spiritual traditions of the countries she evokes.

‘Autumn in Albania’ is dedicated to Panufnik’s father, the late Polish composer Sir AndrzejPanufnik, who, his daughter explained, was born, loved, and died in Autumn. Little suggested adance to place us in the decaying summer heat as autumn commences. The funky rhythmsweeps us along in a carefree manner, and were it not for Turner’s animated conducting you would not be aware of the perilously tricky nature of the rhythms. Bittersweet harmonies illustrate theconflicts that have bubbled away beneath the country’s political surface and how, despiteeverything, hope remains a virtue in that earthy Balkan culture, before the season moves towards its darker and colder end.

’Tibetan Winter’ is based on a traditional nomadic song. The throat-singing andheavy glottal stops are evident in bluesyflattened notes; particularly notable was the skill of the players dispatching the harmonics, evoking falling snowflakes, and our attention moved away from Little’s love-song melody when the spotlight fell on the cellists: humming, playing solos, and finally abandoning their instruments for the haunting Tibetan Singing Bowl. Four World Seasons is available on Chandos CHSA 5175 coupled to the Vivaldi.

From the outset of Tchaikovsky’s Serenade for Strings you could sense that this is music these players view freshly with a youthful and energetic performance, although a few phrases were not as elegant as ideal. Turner allowed the ensemble the ‘Waltz’ to itself, and a marvellous chamber-music feeling ensued, in complete contrast to the following ‘Elegy’, which suggested a much larger number of musicians were present.

After the interval Little captivated with her virtuosity and her enthusiastic and vivid commentary of Vivaldi’s programmatic intentions; we were not left in any doubt of the gunshots, barking dogs and drunken peasantry. Anyone looking for historically-informed revelations would have been disappointed, but with tempos that kept you on the edge of your seat, beautifully judged ornamentation and cadenzas, a soloist who dashed off the most difficult passages of florid writing and the obvious fun that the performers (continuo teamespecially) were having, this favourite set of Concertos was fresh and invigorating.