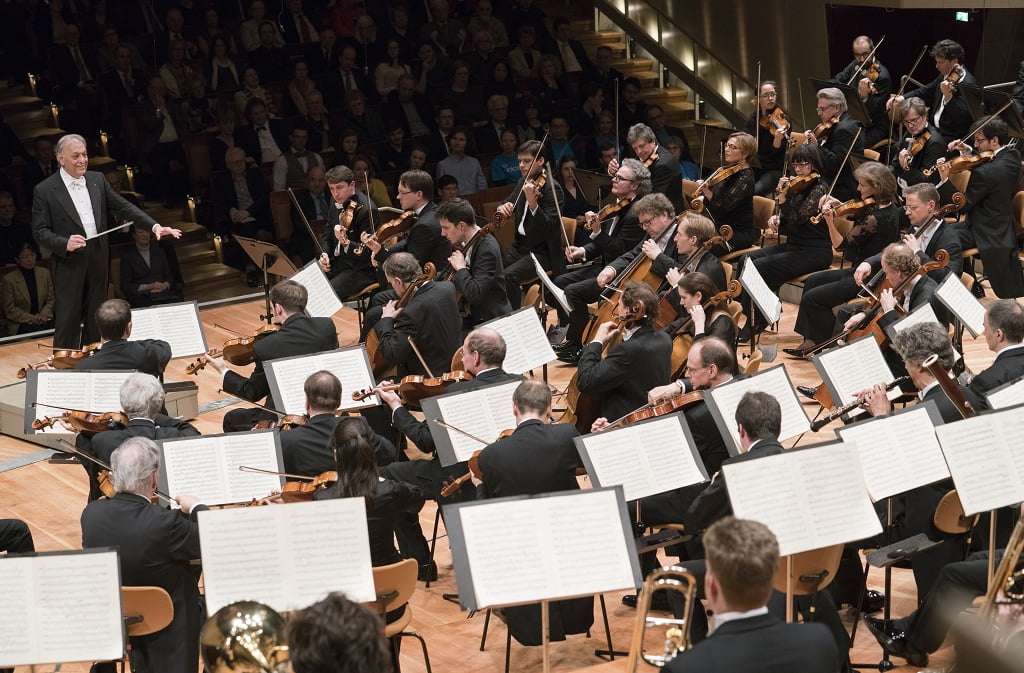 This Berliner Philharmoniker concert in support of UNICEF (opening with the German National Anthem and followed by speeches from Joachim Gauck, Federal President, and Michael Müller, Mayor of Berlin) was beamed live to the World and captured old friends and collaborators in splendid form. Zubin Mehta and the Berliners go back a long way and the conductor’s closeness with Pinchas Zukerman is similarly time-honoured; together they were inspired in Elgar’s Violin Concerto (1910) written for Fritz Kreisler.

Mehta is a notable Elgarian; he recorded Enigma Variations with the LA Phil, he would have set-down the First Symphony had Teldec not changed its plans (the pity being that the preceding London Philharmonic concert of the work was magnificent) and there was an LSO Violin Concerto with Midori (April 2003) that easily transcends the intervening years.

For Zukerman Mehta led a stately, at times clandestine, introduction, signifying the passion and the privacy of the music; and although he played from the score, Zukerman’s first entry indicated his intense commitment to the solo part, which he has championed for many years, recording the Concerto twice, first with Daniel Barenboim then with Leonard Slatkin. Zukerman’s expressive entreaties, rich tone, technical prowess and emotional identity with the music paid many dividends, Mehta bringing out much detail, and a Barbirolli-like grandness, as well as securing a faithful accompaniment to the soloist. 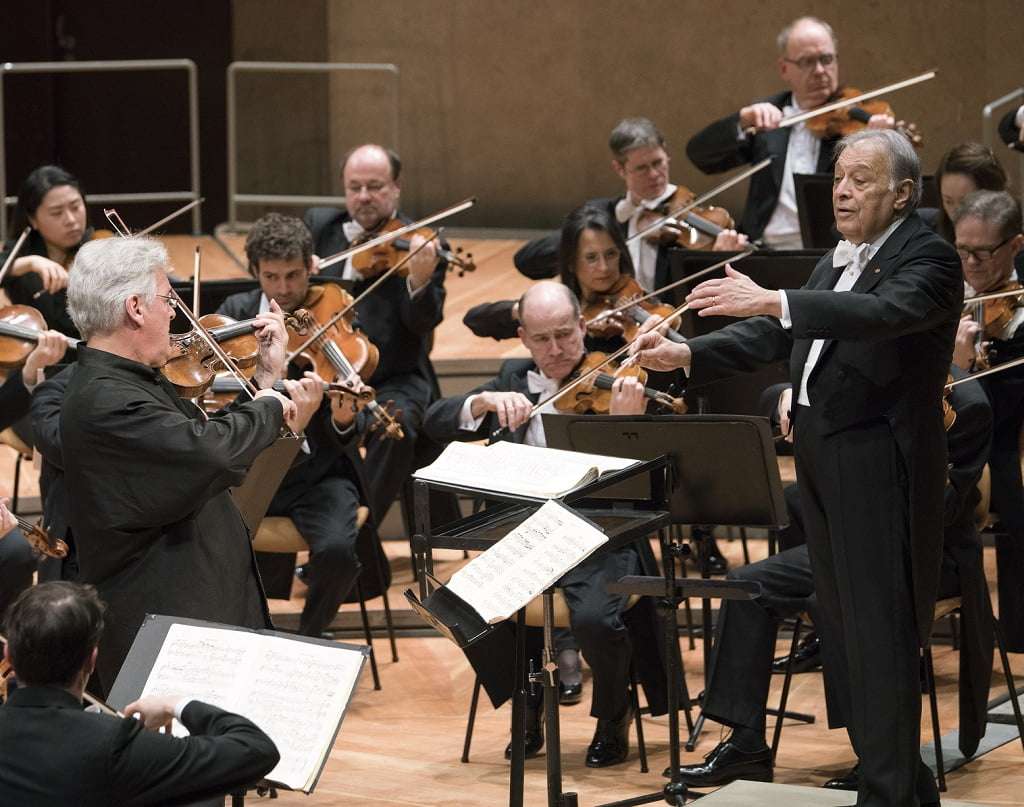 The slow movement, here chaste and rising to nobilmente heights, was perhaps too flowing, even for Andante, although it worked well following the expansive opener and anyway ebbed romantically while relaying intimacy and ardour. The large-scale Finale crowns the work; maybe a little more fire was needed, but gratifying points of articulation were made and there were no structural schisms in music that is psychologically complex. The sinking-down to the ‘accompanied cadenza’ was particularly sensitive and the episode itself became a spellbinding reverie, the Berlin string-players strumming with significance. With a gathering of resources, and a real sense of achievement, this performance, notable for its camaraderie, ended in majesty.

Mehta, looking heartily healthy (he turns eighty-one in April), then conducted an absorbing outing for Tchaikovsky 5. The opening motto was sounded darkly by a pair of clarinets, a such broadness was taken into the Allegro, with gravitas, an organic approach heightened by authoritative conducting and charismatic playing, rhythmically strong and lyrically concentrated, and, as ever with Mehta, clarity regarding the music’s construction and orchestration; some may have found this approach too sober, whereas others, myself included, would have appreciated the music being given dignity and with everything belonging.

A keen sense of anticipation informed the beginning of the Andante cantabile (how subtle were the strings’ dynamics) cueing a tender horn solo (I assume from Stefan Dohr) that was a wonder, so too the oboe and bassoon contributions; plus some enchanted moments were heard to anticipate the miracle that is The Nutcracker; plenty of fervour, too. The gentle sway of the third-movement waltz made for a telling contrast (underlined by Mehta going straight into it), there for dancing, and the quicker middle section was delightfully buoyant … and his trenchant way with the Finale avoided slickness and led to a thrilling and victorious coda.

This was a good day for concerts from Berlin (the Junge Deutsche Philharmonie and Jonathan Nott being the morning treat) and – excuse me while I get out my train-spotter’s handbook – a good day also for us folk who appreciate the virtue of antiphonal violins (the norm for these composers let it be said), admirably picked up in the excellent broadcast sound, and the unfussy camerawork reminded that ‘less is more’, so too regarding the Digital Concert Hall’s discreet presentation.