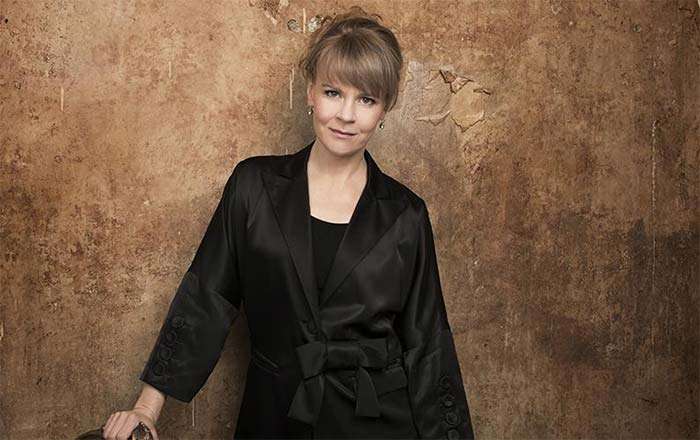 Three performances of Also sprach Zarathustra in the capital in just a few weeks seems an extravagance or a failure to compare diaries. Is there a bankruptcy of ideas going on here or are we just slaves to laziness? Either way, this coupling with Brahms’s Violin Concerto gave Susanna Mälkki (replacing an unwell Valery Gergiev) an opportunity to exhibit her credentials with the LSO in what were robust if uneven performances.

For the Brahms, Janine Jansen was originally booked but her indisposition enabled Christian Tetzlaff to take centre-stage. Between him and Mälkki this was an assertive account that, in its forthright tempos, incisively accented hemiolas and exaggerated dynamics, veered towards the theatrical. This was Brahms on steroids, but at least subdued passages emphasised the lyricism of Brahms’s writing and the LSO’s strings were on exemplary form. 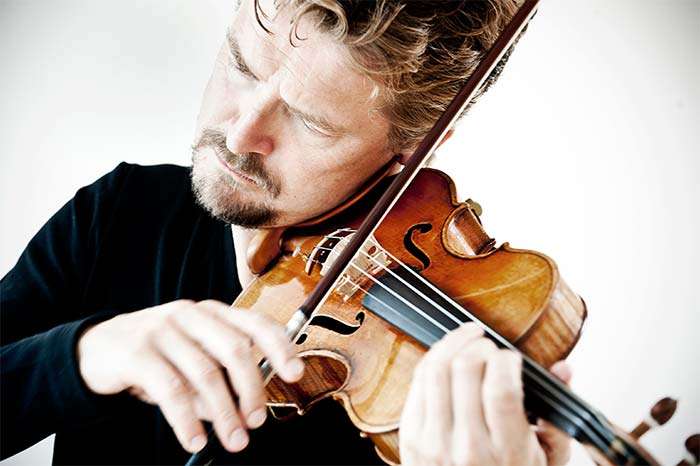 Knees bent, heels up and with body swaying, Tetzlaff produced plenty of rich-grained tone, just occasionally abrasive yet technically beyond reproach. In quieter moments he teased out a diaphanous quality, sometimes his sound almost disappearing below the radar and the cadenza (Joachim’s) held us in the palm of his hand, but the Tranquillo bars felt unloved. A beautifully poised oboe solo from Oliver Stankiewicz initiated the slow movement, where charm and sensitivity were uppermost. From its quiet rapture we were thrown headlong into a fiery, tempestuous Finale that underlined its Hungarian roots. It was dispatched with ease by a nimble-fingered Tetzlaff, and a galvanising Mälkki, pushing hard in the closing bars to create breathless exhilaration. As an encore Tetzlaff turned in an exquisite Largo from J. S. Bach’s C-major Sonata (BWV1005).

And so to Richard Strauss’s Nietzsche-inspired Zarathustra, here given an efficient outing and which mostly coalesced into a symphonic whole. Its opening sunrise was not the most distinguished – trumpet blip and dynamic surge aside, Catherine Edwards had no chance of salvaging pitch on an electronic organ when the LSO arrived at its fortissimo chord slightly sharp. Strings glowed early on with nothing over-egged or saccharine-sounding and brought transparency of tone to the ‘Of Science fugue, its unhurried progress evolving naturally from cellos and double basses. The ‘Dance-Song’ was a swirling affair with polished contributions from leader Dragan Sredojevic but ‘The Song of the Night Wanderer’ could have been wilder and where a more exultant bell, sounding midnight, would have cut through the textures more (it is marked fff). Overall, this was a well-paced reading, with variety of tone and weight to illuminate narrative thrust – the tonally ambivalent ending mysterious and given with due gravitas.

Earlier in the evening four students from the Guildhall School gave an accomplished rendition of Brahms. The turbulence and lyricism of the first movement was well-served, with dynamic and expressive range expanding for the pent-up energy of the Scherzo. A little more songfulness would have helped the elegance and repose of the Andante, but its closing bars were beautifully done. Strong musicianship was evident throughout and in the Finale the players found appropriate warmth.