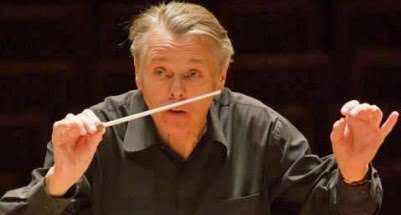 A programme of Firsts and Lasts from the relatively young Munich-based Bavarian Radio Symphony Orchestra, founded in 1949, Mariss Jansons its current chief conductor, since 2003, following in the footsteps of Eugen Jochum, Rafael Kubelík, Colin Davis and Lorin Maazel.

Prokofiev’s ‘Classical’ Symphony (1917) may not be a momentous debut in the form, but it’s an unfailingly enjoyable piece, fastidiously crafted, Haydn updated concisely, wittily and energetically. Jansons led a joyous account that was first-off articulate, detailed and balletic, then came a sweetly sentimental Larghetto followed by a Gavotte with attitude. The Finale was decidedly fleet, played brilliantly, and with the exposition repeat Jansons became minimal with gestures, the orchestra totally assured and flying; otherwise Jansons was a mix of textbook technique, with baton, without, smiling and shimmying, and it was never in doubt that whatever he did, not least regarding dynamic contrasts, it meant something and that the musicians would respond with devotion.

Shostakovich 1 (1924-25) is a remarkable piece, and not just because the composer was eighteen when he completed it. So much of his style is in place, the sardonic humour, acerbity, and soul-bearing. This is ingenious and individual music that Jansons has championed for many years (recording it in Wales, then Berlin, and maybe since) and he remains a perceptive and persuasive interpreter of it. 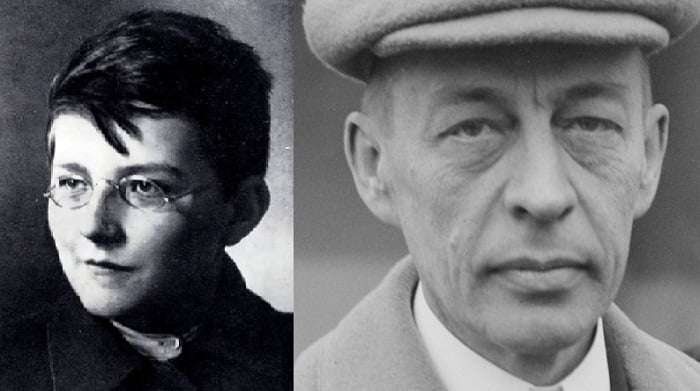 With the BRSO now at full strength, including percussion, piano and heavy brass – the Prokofiev had been given with reduced strings, down to four double basses – the sounds were even earthier and gleaming. Jansons’s tempos and their relationships were unfailingly well-judged, Shostakovich’s sleights of hand, and surreptitious and surreal aspects, revealed fully without sacrificing overall integrity; on another day the hard-hitting percussion might be thought gratuitous, here it was apt. Jansons really drove the silent-movie chase-music Scherzo and then found the sadness, isolation and baleful climaxes of the slow movement – Shostakovich prefiguring his later self. In the multifaceted Finale, emerging from a side-drum crescendo – prayerful, rampaging, lamenting, dramatic, defiant – Jansons again found a through line, and there was nothing more theatrical than the frozen pause before the tremendous timpani tattoo, Jansons statuesque, and the uproar of the coda was electrifying, so too the broadening of pace at the very end, the ultimate chord of vicious impact, Jansons left stunned.

Rachmaninov’s swansong Symphonic Dances (1940) continued this exalted evening. Fiery yet dignified, and very powerful, in the opening Non allegro, Jansons view was indeed symphonic, thus there was no indulgence of the saxophone-led middle section yet also no lessening of its bittersweet quality, and what notable sheen the strings exhibited. The Tempo di valse second movement, including a wonderfully rich and intense solo from whoever was now leading, was macabre and fleeting – a haunted ballroom – and in the Finale Jansons wasn’t giving much away initially, building by stealth to the Orthodox Church references (here a summation) and the ‘Dies irae’-saturated, abyss-journeying closing stages via the nostalgic centre that avoided sagging. Whatever Jansons did he convinced and the Bavarian Radio Symphony Orchestra was simply superb, volumes spoken as to the rapport that its musicians enjoy with their maestro.

Jansons has long been an encore man. Here two, the first, in an arrangement for strings, being Schubert’s F-minor Moment musical (from D780), light relief, and then Dvořák’s Slavonic Dance No.15 (Opus 72/7), not rushed off its feet and with something saved for a scintillating conclusion. BRSO and Mariss Jansons return to the Barbican Centre on November 24 (Beethoven with Bronfman and Prokofiev 5): providing a seat is left for me, I recommend it!