César Franck’s Piano Quintet may be one of the great masterpieces of the nineteenth century French chamber repertoire but it doesn’t crop up that often. So it was good to see it featured in the opening performance of the 20th-Anniversary Celebrations for the BBC Radio Three New Generation Artists Scheme. Khatia Buniatishvili was a member of the scheme from 2009 to 2011 as were the Finnish string quartet Meta4 from 2008 to 2010. 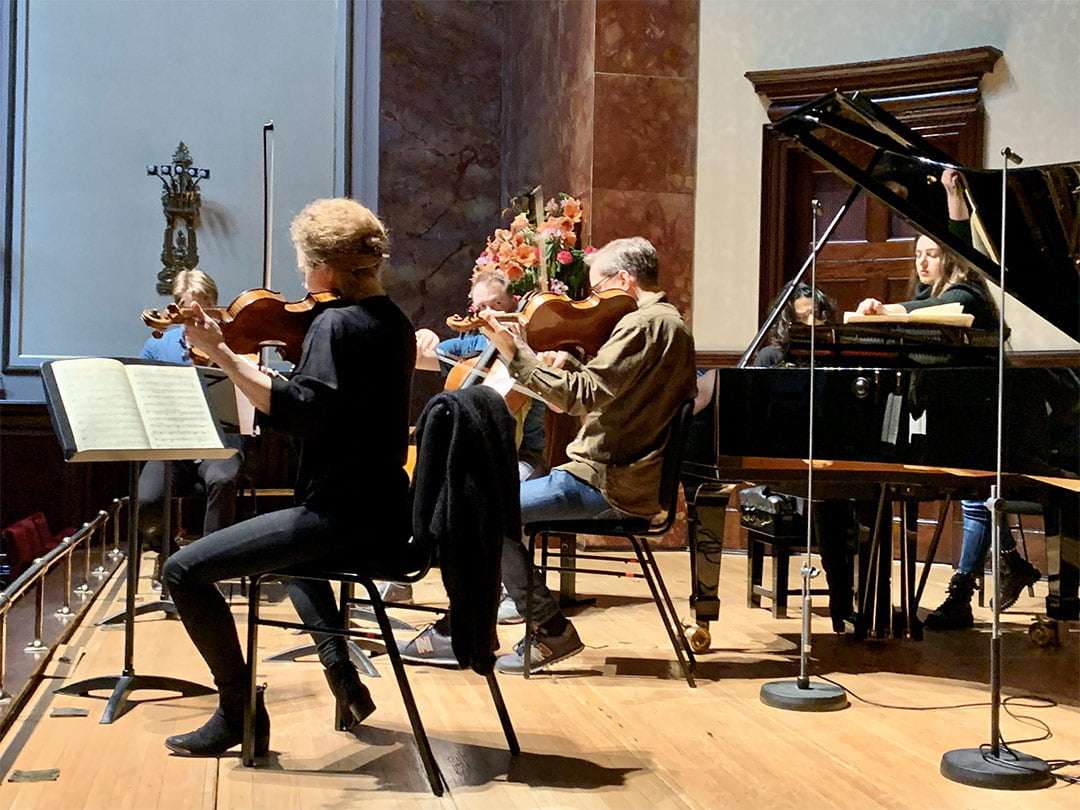 Buniatishvili is a pianist who divides opinion as her great gifts and incredible technique can be compromised by questionable interpretative decisions and a willful manner. Franck is a composer who really brings out the best in her, as her recording of the Violin Sonata with Renaud Capuçon demonstrates. Nevertheless, her performance of the Cesar Franck Piano Quintet with Meta4 showed both her strengths and limitations.

The Piano Quintet was written at the beginning of Franck’s productive final decade, and its intensely personal and passionate nature was almost certainly driven by his obsession with his composition student Augusta Holmes, twenty five years his junior – Ronald Harwood’s 1978 fictionalised account of their relationship “Cesar and Augusta” is a highly entertaining read. Harmonies are richly chromatic and emotions verge on the overwhelming. It is by reputation a demanding work to play and the composer and teacher Nadia Boulanger described it as having more fortissimos and pianissimos than any other chamber work. It certainly seemed like that in this performance.

Buniatishvili and Meta4 squared-up to the work impressively but there were often edge of the seat moments for performers and audience alike. The problem was that Buniatishvili had only two speeds – very slow and very fast with nothing in between. The opening Molto moderato was slow at over sixteen minutes and felt even slower. The beginning was indicative of things to come with the fierce dotted rhythms of the strings being met by an arresting entrance from Buniatishvili that soon became becalmed. Often her playing acted as a drag anchor on the performance overall. There were many moments of sensuality and smouldering intensity but more often things were merely languorous with little sense of line or cogency. Meta4 provided burnished intensity of tone throughout and at the close Buniatishvili detonated window-rattling climaxes.

The sublime slow movement was better, and there were touches of imaginative detail often lost in other performances with exquisite playing by all. Slowly, one was draw into a mysterious world of twilight passions and almost mystic fervour. The work’s rhythmic flow was better judged with quiet rhapsodic piano statements by Buniatishvili and limpid elegance from the strings.

The opening of the final Allegro non troppo with chilling tremolo strings against low tones from the piano was atmospheric as was the following dialogue between Buniatishvili and Tomas Djupsjöbacka’s dark – toned cello. Although still slow, the movement had a better combination of rhythmic clarity and dramatic pacing and Meta4 sometimes produced delicate slivers of sound against Buniatishvili’s swelling tone whilst the close for suitably furious. It was a performance of extremes from Meta4 and Buniatishvili that will stay in the memory, not necessarily for the right reasons, but it seemed fitting for the work. And Khatia’s fans really should stop phone – snapping her in mid – performance.

Before the Franck Meta4 played the Sixth String Quartet (The Terror Run) by the Finnish composer Jouni Kaipainen (1956-2015), whose twelve-minute work takes its name from a section in Mary Wesley’s novel The Camomile Lawn. Meta4 gave the first performance ten years ago, and surely know how it goes better than anyone. Its slithering, creepy opening conjures up music for a high end horror film (no condemnation intended) but it is soon taken over by darting runs, jagged edges and subtle changes of timbre interspersed with more reflective moments. There was fine playing from Meta4 and Kaipainen seems worth investigating.