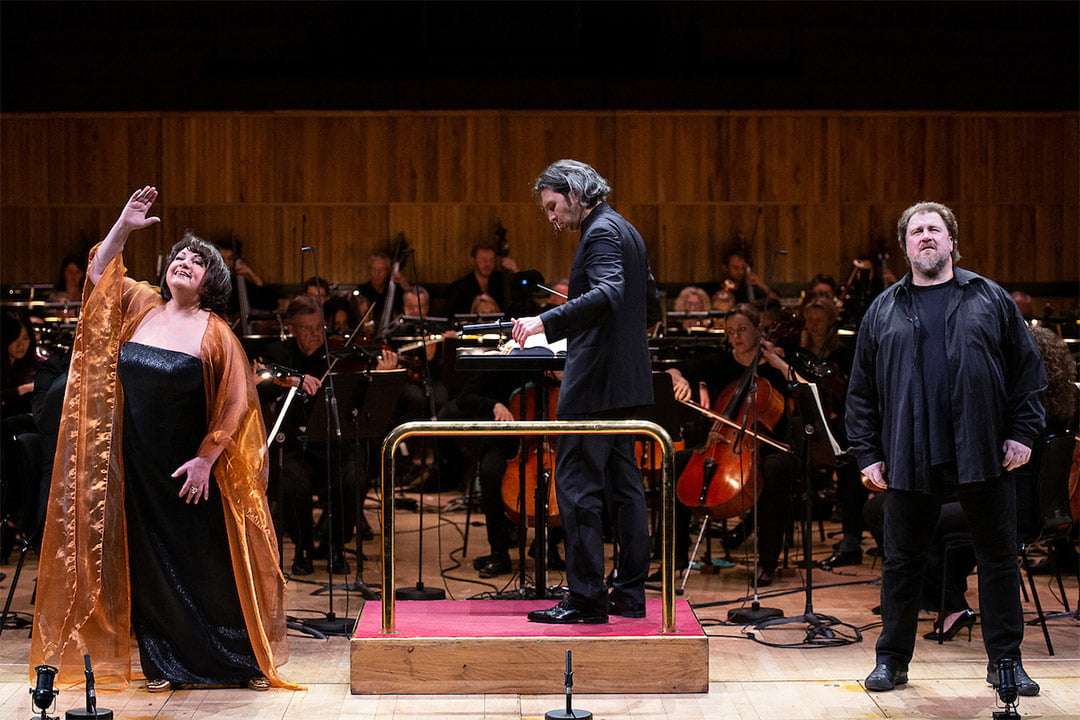 After the outpourings of love and lyricism in Die Walküre, Wagner’s Ring cycle gets down to some serious, grinding unpleasantness in Siegfried. This jumped out at you in Vladimir Jurowski’s direction of the LPO in this one-off concert staging of the third instalment of their cycle, which started two years ago and ends next year. A toxic, squeezed splash of brass timbre at the start of the Act One Prelude instantly rewired our hearing to the LPO’s masterly handling of Wagner’s web of theme and motif, played with a flair and understanding that saturated the whole score and exposed its workings mercilessly. With such big forces (six harps, Wagner tubas, a phalanx of double-basses ranged along the back of the stage), Jurowski’s conducting style often looked primarily managerial, but it released authority, ear-tingling perceptiveness, abrasive humour, chamber-music delicacy, and, in Act 3, intense tragedy and grandeur.

It was just as well that the LPO’s role was, as Siegfried himself aspires to be, so fearless and strong, because in the first two Acts, the Wanderer and his teenaged grandson Siegfried were at best okay but hardly memorable. Aged a mere 46, the Russian singer Evgeny Nikitin is already a top-god veteran, with a nimble bass-baritone and impressive top range but not so much size and blackness, a combination that marked his card when he was singing the role in the bizarre Mariinsky touring Ring back in 2006. It was no help that throughout he was required to wear a cheap-looking hooded cagoul that didn’t exactly shriek divine existential despair. He did, though, invest the Mime and Alberich exchanges with a sharp urgency leavened with conversational naturalism. Torsten Kerl’s Siegfried was, acting-wise, awkward, and in general his performance was well-schooled Heldentenor with hardly a nod to laddish delinquency, and despite Jurowski’s scrupulous care with balance and the huge demands of the role itself, Kerl’s well-projected, often elegant singing sounded small and under-characterised.

Such misgivings could not be levelled at brother dwarfs Mime and Alberich. Adrian Thompson stole the show as a brilliantly funny/sad, wicked Mime driven by petulance and self-importance, matched by reliable tenorial heft. Robert Hayward – an experienced Wotan – delivered the requisite depth and malevolence as ‘schwarze Alberich’, in a performance every bit as thought-through and animated as Thompson’s. Both singers roughed up Wagner’s sharp characterisation with vivid results. 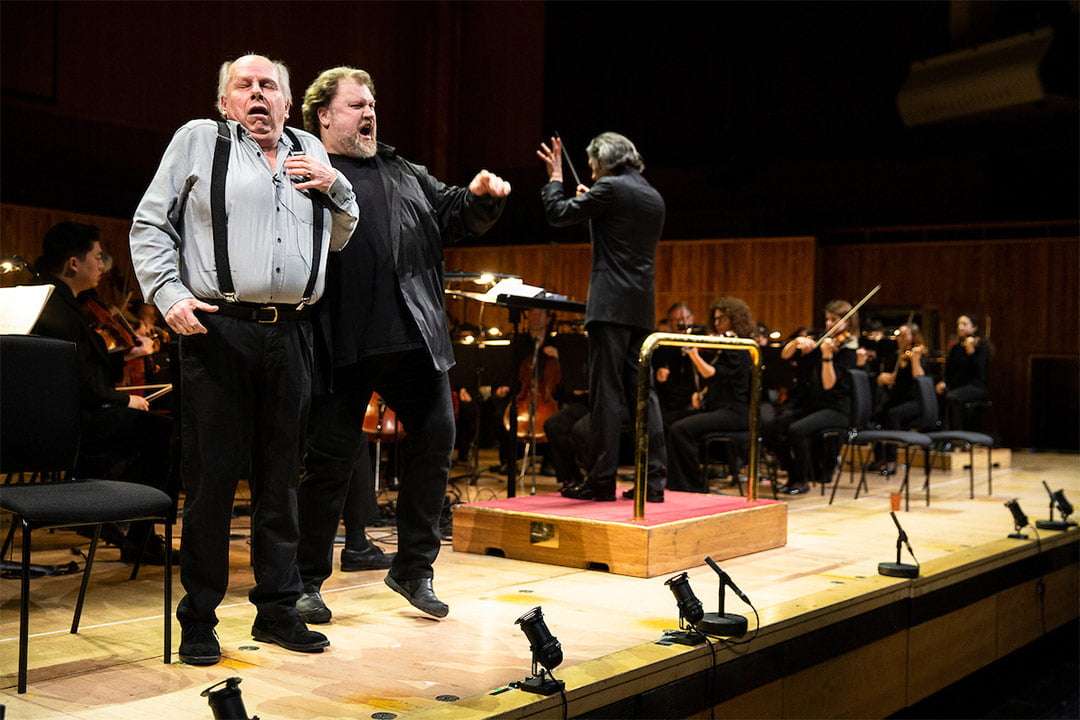 Surprisingly, given Jurowski’s sure dramatic instincts, the great Prelude to Act Three fell short of expressing Wotan’s epic failure, but both Nikitin and Kerl found the necessary resources for a moving and credible confrontation between The Wanderer and Siegfried, their only meeting, and the pivot moment of the whole cycle. And, as all the dark orchestration melted away and the violins went ever higher and more rarefied, the Russian soprano Elena Pankratova slipped on (plus score and music-stand, which she barely used) as the slumbering Brünnhilde, to be revived as a mortal by Siegfried’s first kiss.

In Wagner, Pankratova has Sieglinde, Kundry and Ortrud in her repertoire, and this was her first Brünnhilde. Both vocally and as a presence, she is quite something. Her voice is glorious throughout her range – although she opted out of the climactic top note at the close, for some reason; she certainly had it in her – with a warmth and generosity that reminded me of Gwyneth Jones, and the sort of engagement that animated some vivid, if semaphoric acting. Crucially she had charisma, bags of it, which Kerl responded to in kind, producing a ravishing middle voice as he embarked on his mystifying first love, and they made the advances and retreats of their burgeoning passion seem white-hot. In this male-dominated opera, Alina Adamskiu was a sumptuously voiced Woodbird, and Anna Larsson a majestic Erda, as usual. The video projections were used for memories of Sieglinde, for Siegfried’s bear, a dribbling, serpentine Fafner (Brindley Sherratt, cavernously amplified), and for a flock of swooping woodbirds, and they didn’t intrude.