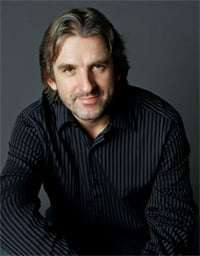 BBC Radio 3 and LSO St Luke’s have embarked on their series of Beethoven’s piano sonatas, twelve recitals at 1 o’clock every Thursday to November 24, each concert then broadcast between December 6 and 24. The 32 sonatas are shared out among six pianists – Llŷr Williams (two recitals), Khatia Buniatishvili (one), Nicholas Angelich (two), Shai Wosner (two), Elisabeth Leonskaja (two) – and Barry Douglas (three), who opened the series, and closes it (with the ‘Hammerklavier’). The 12 programmes are not organised chronologically, and the majority of them include a ‘celebrity’ sonata, which Opus 22 definitely is not. But, as pointed out laconically in the written note, you have to start somewhere, so why not with this early mid-period gem?

Barry Douglas’s approach to Beethoven is thoroughly refreshing and unfussy, underpinned by an imaginative, forward-looking appreciation of style and structure. The first movement of the B flat Sonata had a bracing, aristocratic bounce to it, the pianist meticulously observed the percussive sforzandos that make the phrasing and rhythmic drive even more interesting. The Sonata’s development could well be a starting point for those parodies of garrulous classical style, with discursive harmonic shifts delaying the point of reprise, which Douglas treated with a hint of wry humour. His playing of the Adagio, its meditative gravitas on a par with the Adagio of Op.10/No.3, was masterfully sustained, with the florid decorations folding out of the texture with rhapsodic grace. This Cinderella sonata did go to the ball.

Douglas’s performance of the great ‘Waldstein’ was much tauter and, in the first movement, quicker than a recording he made nearly 20 years ago. You knew from his propulsive energy of the opening left-hand ostinato to the point of reprise, one of Beethoven’s great inspirations, would be brilliantly served by Douglas’s thrilling virtuosity as that great torrent of notes implodes back to the opening. His sense of scale and fantasy suited the Adagio link to the finale – some pianists can get rather portentously carried away here – but I missed that moment of quiet relief of the music finally ’discovering’ the solitary G that sidles into the finale. This moved from relaxed lyricism to dance-like dexterity with a sure feel for expanding momentum towards the vertiginously presto coda.

Elegant, dramatic and Olympian, this was compelling Beethoven playing. And for those who don’t know LSO St Luke’s, the hall is particularly good for piano recitals, with its warm, lively acoustic and good sight-lines. Nice restaurant, too.