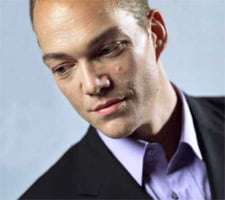 The indisposition of Soile Isokoski brought the work of two great central European artistic collaborators to a crowded Wigmore Hall, Schiller and Schubert. The “Life in Songs” of the prolific but short-lived writer embraced his reverence for classical antiquity, his interest in philosophy and his subjective experience as encompassed in verse. It also reflected the range of his literary work, both in poetry and drama and encompassed styles from simple lyric poetry through dense confessional verse to narrative ballads.

The chronological order of Schiller’s writing was followed, capped by the wistful setting of one stanza of Die Götter Griechenlands as an epilogue. As John Reed includes forty-four settings of Schiller in his book on the Lieder, one wondered why the whole programme was not devoted to him; it would not be necessary to trawl the juvenilia to find additional, worthy songs to complete the evening. As it was, to reflect an alternative approach to the ballad it was necessary to turn to Schumann, whose commitment to Schiller was minimal, while only Liszt could supply settings of all three simple lyrics from Wilhelm Tell. Nevertheless, at least a second programme waits to be devised.

Though relatively late substitutes, there was every reason to believe that Christopher Maltman and Graham Johnson were offering a programme that was fully gestated. The baritone admitted at encore time to some slips among the word-rich texts of the ballads in particular but the overriding impression was of two artists flinging themselves into a demanding recital with fervour.

“Songs without tunes” might equally have been the title of this evening. So much of the vocal line was in the form of recitative or arioso, not only in the two ballads. There were relatively few opportunities for cantabile singing in settings which emphasised dramatic action and rhetorical assertions. It is a tribute to the inspiration of Schubert’s setting of Gruppe aus dem Tartarus that a song entirely without melody should be the only setting of Schiller’s poetry to establish a position among the popular standards of Schubert’s song output. Maltman and Johnson gave it everything. The opening vocal phrases rearing up from monotone beginnings, the snarling consonants and relentless vowels of the adjectives describing the evolving cries of the inhabitants of hell (“ein schweres, leeres, qualerpresstes Ach”) turned the screw, only for it to be stretched even more tightly in the grinding passage of sequences rising each time by a semitone. The urgent questioning of the victims whether their suffering would soon be over was given a joint crescendo by singer and pianist of overwhelming proportions and the illusory burst of C major sunshine at “Ewigkeit” was a clamorous climax to this monumental song.

Elsewhere Johnson’s contribution overdid the histrionics. There was some very loud playing. His interpretation of the Dionysian exaltation of Dithyrambe was excessively roisterous, partly covering the singer’s words and threatening the safety of the piano in the closing bars. Though by no means a veteran at the age of 61 by accompanists’ standards, he sometimes gave the impression of wanting to prove that he still possesses a young man’s muscular power.

Maltman’s voice is naturally an operatic bass-baritone. The size and resonance of his voice is particularly noticeable at this intimate venue and the treatment of the opening song, Elysium, revealed some difficulties with the awkward transition between chest- and head-voice. Perhaps he was simply not in best form, but in swiftly moving phrases words in the upper register would be lost. This was regrettable as, despite the well-aired view that Heaven is much more difficult to portray than Hell this is a fine song: the earliest setting in this collection, its structure is episodic, a series of enchanting vignettes. As the poet’s observation takes in each new delight he becomes increasingly euphoric. The music rhapsodises with engaging invention and much repetition.

Das Geheimnis found both artists in suitably relaxed mood. This gently subdued account of a secret tryst in a wooded sanctuary has some glittering moments, and Schubert resists the temptation to over-dramatise the contrast between the lovers’ peace and the noise of the toiling world beyond. It is cleverly written, with subtle variations in every verse wrapped round a demanding phrase with a high climax each time to express the poet’s love. Freed of the need for extremes of expression, Maltman’s voice seemed much better integrated here and Johnson applied winsome rubato within the dominant flowing piano figures.

The two ballads either side of the interval exemplified the contrasting methods of Schubert and Schumann. The later composer enacts every detail of this story of a knight’s retrieval of a glove from an assortment of big cats by musical means in a purely factual setting, lingering lovingly in depicting every detail of the action. With Die Bürgschaft, a tale of human altruism in which a failed attempt at tyrannicide is the starting-point for a race against time, Schubert prefers to maintain a swift pace. Details are sparingly portrayed and leave a more abiding impression, such as the depiction in the accompaniment of the remaining robbers’ swift escape after Möros has intrepidly felled three of their number. Maltman’s postures and gestures drew the audience into the urgency of the narrative. Whether Schubert really understood what Schiller was about philosophically is a matter for debate (this poem raises issues of humanistic idealism) but here at least he revelled in the quasi-operatic opportunities: the characterisation of the protagonists, set-pieces such as the prayer, the sudden contrasts of mood, the leaps into a high tessitura which the singer is called upon to venture. The composer used the plot as the basis of an opera the following year.

The heavyweight voice proved predictably unsuited to the miniatures, especially An den Frühling, where the conceit that Spring is a young man distributing his delights to ensure the happiness of grateful recipients could only be conveyed through archness of both articulation and body language. One could not avoid the impression that Maltman is most at home when seeking out the intellectual core of a song rather than remaining on its emotional surface.

Liszt is not a first-rate Lieder composer; indeed he was rarely satisfied with his work in this field but the set of three songs from Wilhelm Tell punches above its weight. The unexpected harmonic corners turned in Der Fischerknabe and the following Der Hirt, anticipating Mahler in its evocation of nature, revealed their rewards here for both artists. The ultimate impression was that, although unified by its investigation of settings of Schiller, the programme had perhaps tried to cover too wide a range and failed narrowly but honourably.