During his time with the BBC Symphony Orchestra, as Chief Guest Conductor and Chief Conductor, Jiří Bělohlávek has gradually built-up a Mahler cycle. This magnificent performance of the Seventh Symphony leaves only the ‘Resurrection’, which is announced for 1 December this year. 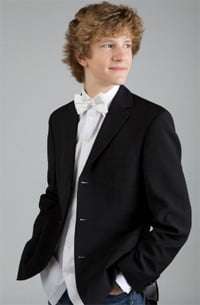 As with his most recent performance of Mahler, the Sixth (2 February last year), Bělohlávek prefaced the Mahler with a Mozart piano concerto and introduced to London the Canadian pianist Jan Lisiecki – tall and with a mop of fair hair – two weeks short of his 17th-birthday and who produces playing as sparkling as his neck tie. The work was K466. If there was a fault (aside from soloist and orchestra coming adrift in the finale) it was Lisiecki’s bright assumption of the solo part; he will surely plumb more of the concerto’s depths and give himself a little more air to do so. He already has the notes under his fingers, and with delicious wind contributions this was very enjoyable. Lisiecki played Beethoven’s cadenzas, pointing up the concerto’s romantic leanings. As an encore, Lisiecki played the finale alla Turca of the Sonata K331 – exhilarating and beautifully judged.

From forward-looking Mozart to forward-looking Mahler and the tumultuous behemoth that is the Seventh Symphony. Schoenberg was a fan of this work, and the Seventh certainly looks ahead, a traversal from darkness to light. Bělohlávek had an energising effect on the BBC Symphony Orchestra, offering clear textures and fidelity to the score. Bělohlávek is also a master of masterminding the cowbells, a suitably random pattern and immediately evocative. In the second ‘Nachtmusik’ movement, even though guitarist Forbes Henderson and mandolin-player Nigel Woodhouse at first seemed utterly ethereal, I eventually located them between cellos and violas, but they were only representative of a collective excellence in orchestral solos, not least on the euphonium from Rebecca Smith, who set the whole edifice going, over the syncopated rhythm of the strings’ impression of oars on water, and the Herculean trumpet playing of guest principal Christian Barraclough, securely piercing in Mahler’s often-vertiginous requests.

Bělohlávek is sure-footed in musical architecture as well, bringing out connections between movements (not least in the ‘nostalgic’ reaches), especially foreshadowing in the first movement (which Mahler composed last, so he could easily accommodate hints as to what was to come), while allowing full rein to the rumbustious finale. The final C major chord has been described as inconclusive. Perhaps that’s why – after a great performance – I’m always left wanting more. And this was a great performance.