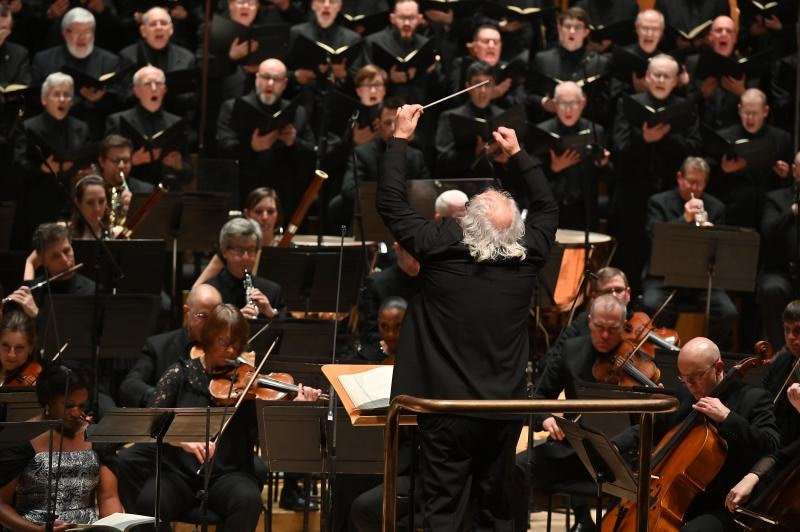 No doubt there will be many performances of the Missa solemnis among Beethoven’s 250th birth year celebrations, but this one from the BBC Symphony Orchestra and Chorus conducted by Donald Runnicles (who replaced Richard Farnes) was exceptional, taking many factors in its stride. The most memorable impression was that it stayed close to Beethoven’s singular relationship with faith and rationalism. It seemed that all – and it’s quite an all-encompassing ‘all’ – Runnicles did was allow Beethoven’s grandest work to speak for itself without assuming the mantle of humbling monumentalism. The unique drama of the Christian Mass was there in all its majesty, but minus peripheral histrionics. Despite his scholarly observance of the conventions of setting the Mass to music – his preliminary research reaches back from Haydn and Mozart to the Renaissance masters – Beethoven’s voice and concerns here registered with astonishing directness. Runnicles and his forces encouraged us to infer that Beethoven’s way into understanding faith was filtered through his belief in humanity, and it was this, and the prominence Runnicles gave to the sombre pleas for mercy, that came across with such strength in this finely imagined and considered performance.

The BBCSO fielded fairly large numbers (based on eight double basses), conventionally placed, and the lucid, spacious sound flattered Beethoven’s idiomatic woodwind writing and sonorous brass. Their attack was decisive but not obsessive over period-style manners, and their rhythmic bite lit up the whole performance – the spring-board bounce into the start of the Credo was a life-force all of its own. Runnicles’ conducting style is economical, but it realised phenomenal energy and close ensemble. And, crucially, the setting’s big moments of incandescent musical imagery – the Gloria’s unusually extended ‘Qui tollis’ section, the Credo’s release of momentum at ‘Et ascendit’ – were more than equal to Beethoven’s vision, and all creation may well be still all shook up with the power-surge of the Gloria’s coda, a gear change that took the music into space hyper-drive. 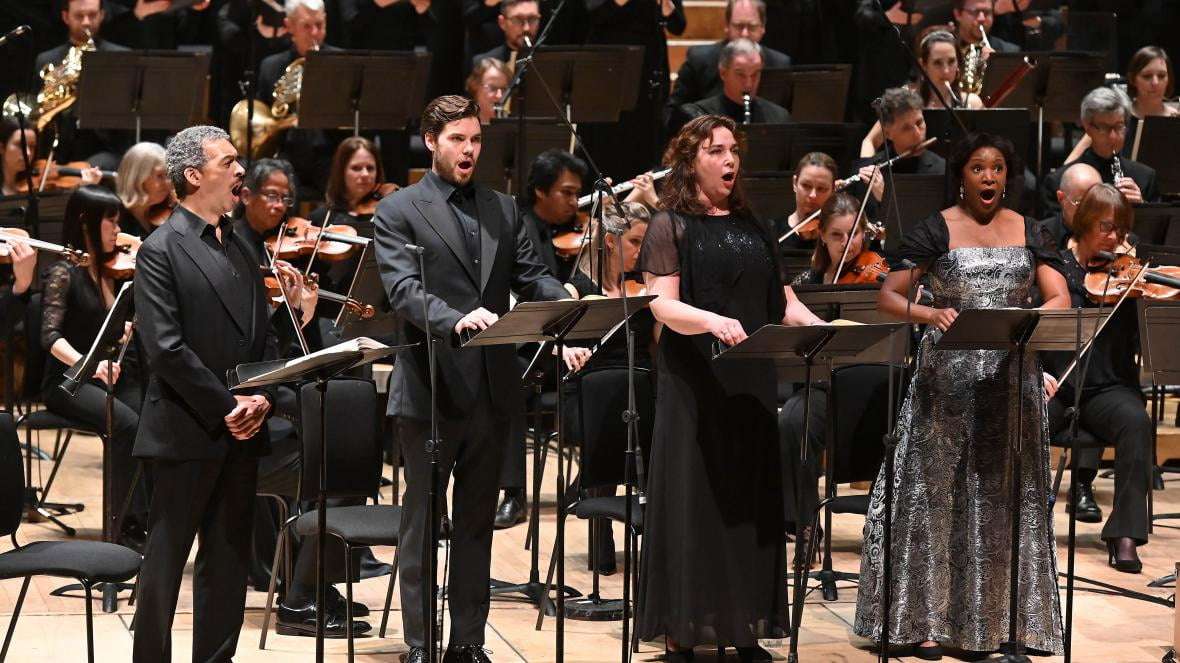 In a work that gives the only aria to a solo violin, played by the BBCSO leader Igor Yuzefovich with a holy spirituality that pre-echoed the opening of Wagner’s Lohengrin, the four vocal soloists made a virtue of performing as a mini-chorus, almost in the role of evangelist. Elizabeth Llewellyn’ generous soprano was especially lovely at the start of the Sanctus, before taking off like a rocket in a glorious ‘Pleni sunt coeli’; Christine Rice’s expansive mezzo set the tone of the Agnus Dei, and both women settled into the mystery of the Credo’s ‘Et incarnatus’. The tenor Thomas Atkins brought a heavenly Italianate lyricism to everything he sang. Roderick Williams (replacing Brindley Sherratt) made the most of his eloquent solo at the start of the Agnus Dei, and he stealthily tightened the quartet’s more elaborate passages, guiding their ensemble with near friction-less results.

Much has been made of the ‘Choral’ Symphony’s punishing vocal writing, but that lasts for only part of the finale. Here the BBC Symphony Chorus was at it for about 80 minutes – Runnicles’s speeds didn’t linger – and their sheer stamina was formidable, with the sopranos on notably brilliant, forward form. Their chorus-master Neil Ferris had prepared them well – the fugues had a gripping athleticism and precision, and the quieter moments added depth and perspective. This was a performance that reinforced Beethoven’s achievement in marrying his powers of expression to his vision, and it was this that was so consistently moving.