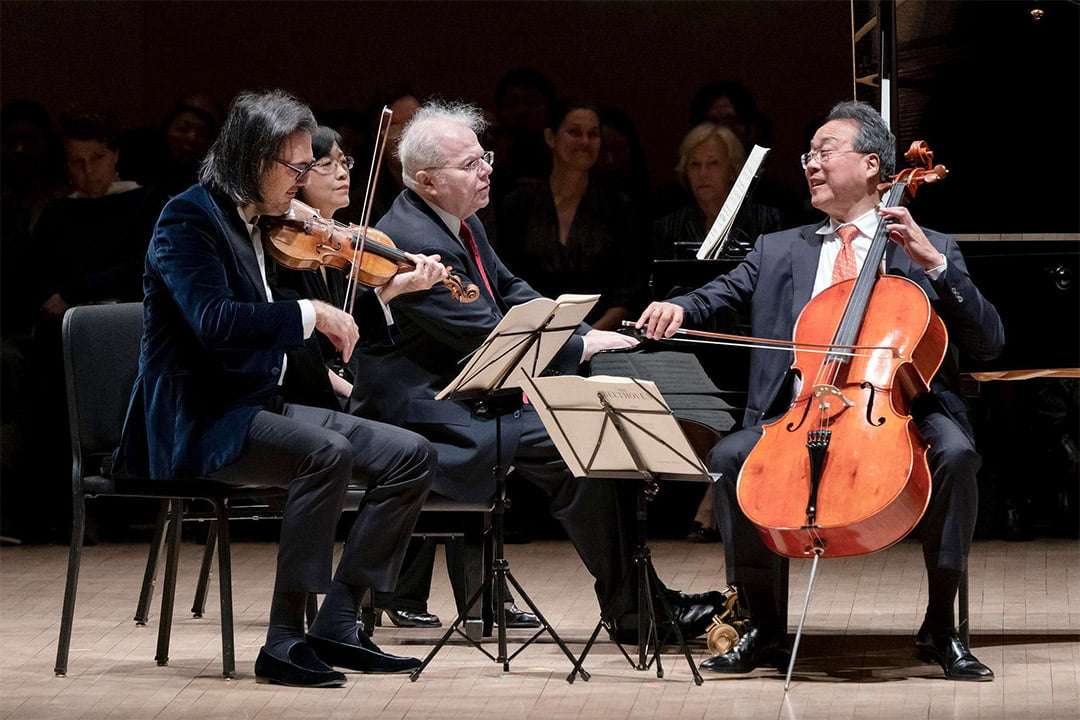 For this concert, Emanuel Ax, Leonidas Kavakos and Yo-Yo Ma combined their ample star power to bring Beethoven brilliantly to life in the first of three scheduled programs of the composer’s cello and violin sonatas and piano trios. The presentations are part of Carnegie Hall’s season-long Beethoven250 celebration, and they also mark the centenary of the late, great violinist Isaac Stern, who led the 1960 drive to save the Hall from demolition. The programs also pay homage to the legendary trio in which Stern, for over a quarter of a century, collaborated with pianist Eugene Istomin and cellist Leonard Rose. They echo the all-Beethoven series that that much-heralded ensemble performed at the Hall in 1970 during its 200th anniversary celebrations of Beethoven. On this evening, the close to three-thousand-seat Stern Auditorium was packed to capacity with the audience overflowing to three long rows of on-the-stage seating.

The music-making began on a sunny note with Ma and Ax delivering an enchanting rendition of Seven Variations on ‘Bei Männern, welche Liebe fühlen’ (for men who feel love), the Act One duet from Mozart’s Die Zauberflöte, in which Pamina and Papageno cheerfully reflect on the joys and duties of marital love. Though considerably lighter than the music that followed, the work is a significant and highly satisfying piece. With each variation, the melody strays further away from Mozart’s original, but Beethoven always manages to keep the theme firmly anchored in the listener’s head. This performance showed the duo to be very much equal and highly congenial partners, with Ax never allowing the rapid passagework to become obtrusive while Ma displayed his characteristically rich, deep tone. The cellist was at his most articulate in Variation 4, while the pianist had his finest moments in the most lyrical of the work’s nine movements: Variation 7 (Adagio). 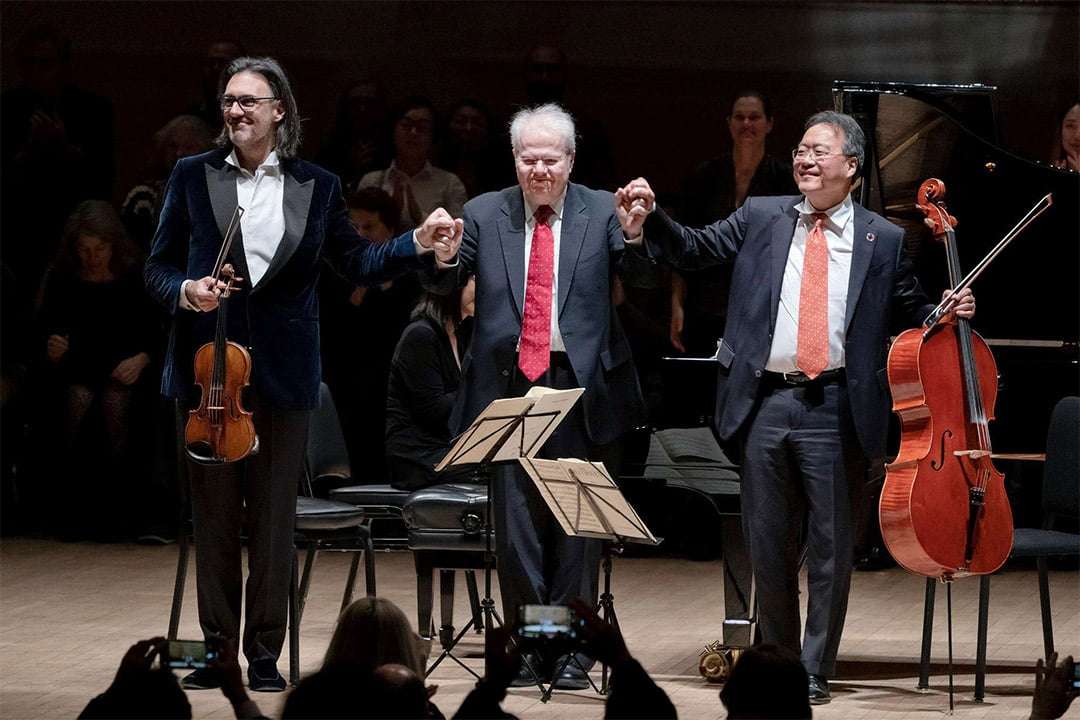 Next came the enigmatic Cello Sonata No.4 in C, one of two he simultaneously composed in 1815, on the cusp of his late period. Each of its two movements follows the established convention of a slow introduction to a vigorous main section in sonata form but with modifications – at times eerily rhapsodic with its haunting themes moving down into the cello’s lower register. On this occasion, the Ax-Ma duo delivered a polished and alert, yet seemingly spontaneous performance, marked by light, clear textures and Ma’s uncommonly sensitive and imaginative playing.

Then Kavakos appeared, replacing Ma to pair up with Ax for an appropriately elegant rendering of Beethoven’s last violin sonata, No.10 in G, Op.96, which the composer dedicated to his lifelong friend and most benevolent patron, Archduke Rudolf. Kavakos dispatched a wonderfully clear and expressive performance of this heartfelt composition while Ax emphasized the soft, gentle side of the eloquent music.

Following a brief intermission, all three musicians joined for the highlight of this splendid program: the Piano Trio in C-minor. The work’s adventurous combination of Sturm und Drang and impishly playful energy provided an intriguing contrast to the evening’s other offerings. It was easy to understand why Haydn was stunned by the work when he first heard it and advised his pupil not to publish it for fear of alienating both the public and potential patrons. Fortunately, Beethoven disregarded his teacher’s advice, and the piece was quickly and favorably received. Ax, Kavakos and Ma gave a magnificent performance. Their perfectly balanced playing created the impression that the three instruments were in conversation with one another as they effortlessly captured every nuance of the score’s four movements – the solemn theme of the second movement Andante cantabile with its set of variations strongly contrasting with the explosive energy of the opening Allegro con brio and the intricately spun gestures of the third movement Menuetto. But in the end, it was the astonishingly skillful and accurate performance of the trio’s turbulent Prestissimo finale that was most impressive.

As an encore, the audience was treated to Schubert: an elegant account of the Andante un poco mosso from his Trio No.1 in B-flat, D.898.