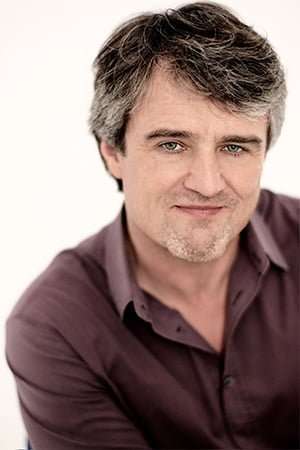 It was German night in London. Not only the welcome return to the capital of Ingo Metzmacher but also the arrival of supporters of Bayern Munich and of Borussia Dortmund, their football teams contesting the Champions League final at Wembley Stadium. In the Barbican Hall, it was music, music, music. The BBC Symphony Orchestra closed its 2012-13 Season with a programme that mirrored the opening concert: something new, songs by Mahler, and a symphony by Shostakovich.

Wolfgang Rihm’s Nähe fern 1 (2011) is the first of four pieces of that name written to complement the respective symphonies of Johannes Brahms. Scored for full orchestra without percussion, save timpani, Nähe fern 1 begins in the depths and returns to them. The opening is shadowy and explorative, rather nostalgic, looking back to Alban Berg’s music. The scoring is luminous, the expression amorous before becoming agitated and building to a dramatic climax. In this finely prepared 13-minute UK premiere, Nähe fern 1 made a big impression – its ends on an echo and in C minor … cue Brahms 1 – and proved an incentive to get to know its companion pieces, collectively determined as a “symphony” by Rihm and recorded on Harmonia Mundi.

From wistful Rihm to evocative Mahler was a small step, a quantum leap. The five choices from this lieder had the potential for a well-made indivisible sequence (so a fear-of-silence burst of applause between the fourth and the last songs was unwelcome if quickly pounced upon by the conductor). Johan Reuter (Danish, by the way) was a marvellous guide through this Wunderhorn selection, his word-painting and distinctive timbre being a particular joy. ‘Anthony of Padua’s Sermon to the Fish’ was upbeat, spry and articulate, picturesque from the singer, ironic from the conductor. ‘Where the Beautiful Trumpets Sound’ was confiding and mellifluous, orchestral detail keenly etched. ‘Reveille’ was lighter on its feet than usual but no less edgy and with subtleties of effect, colour and dynamics melded into an irresistible web of expression. In ‘Urlicht’ (Primal Light), later re-used in the ‘Resurrection’ Symphony, the brass was solemn, the singer raptly contemplative – a sacred coming-together of words, music and description. Finally, ‘The Drummer-Boy’, full of resignation and anguish, sensitively revealed by the charismatic and innate Reuter. 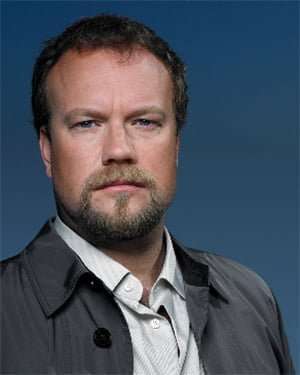 It’s strange that aficionados of Shostakovich’s music tend to be dismissive of the Eleventh Symphony; maybe that’s why those more circumspect of this composer’s output think it a masterpiece. Metzmacher had its measure, a symphony that the BBCSO has played quite regularly in recent years (for Slatkin, Saraste, and Bychkov) and was in outstanding form here. Symphony 11 (completed in 1957) was inspired by the first of the Russian Revolutions and was composed contemporaneously to the Hungarian Uprising. Performance timings are wide in this work, from around 55 minutes (Kondrashin) to over 70 (Rostropovich). Metzmacher took 63, but such information only begins to tell the story.

Metzmacher balanced well vivid portrayal and symphonic strength with each movement (played continuously) lasting about 15 minutes each. The opening ‘Palace Square’ issued a chilled air, eerie, with ghostly fanfares and coded timpani, the Adagio tempo sustained, compelling and affecting, before the swirl of ‘The Ninth of January’ entered, music of surreptitious networking, setting the scene for conflagration, deliberate and vicious here (biting bow-strokes, acerbic woodwinds, braying brass, timpani salvos, and crushing percussion) as the rebellion is put-down. In ‘Eternal Memory’ the activists lick their wounds and remember those who fell. The BBCSO’s viola-players essayed their threnody with innermost sensitivity, and from the centre of the orchestra (Metzmacher opting for antiphonal violins), lurking in hiding before the music reaches a fervent outpouring, Shostakovich at his most Tchaikovskian, before the ‘The Alarm Bell’ finale bursts in. Metzmacher here went for weight and determination building to a terrific climax. In its wake, the return to the opening music was unsettling, and Alison Teale’s cor anglais solo was deeply expressive. The mutineers re-group for further fighting – 1917 will go down in history, but with indebtedness to the 1905 insurgence. The grimly determined coda is brightened by bells, here the clangour of the church variety, and if the tintinnabulating overhang was here clapped into, those of us still engaged with listening got the message.

This was an illuminating and thrilling account. Hopefully Ingo Metzmacher will return to London, and the BBC Symphony Orchestra, very soon.