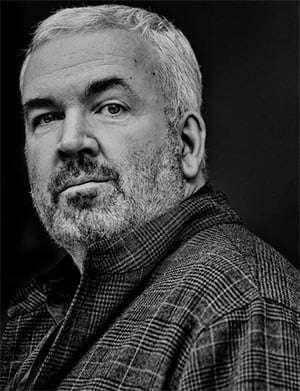 Celebrations of the birth anniversaries of Wagner, Verdi and Britten have caused the fiftieth anniversary of Poulenc’s death (and Hindemith’s) to be rather overlooked. Part compensation was provided in this BBC Symphony Orchestra concert, with two works well chosen to show the two main strands of the composer’s musical personality – the serious, introspective element first, and then his outgoing, cheerful nature.

Figure humaine, composed in 1943 during France’s occupation by the Nazis, is a setting of eight clandestinely written poems by Poulenc’s friend Paul Eluard for double a cappella chorus. The subject matter of the texts is naturally concerned with existence under a repressive occupying regime and the desire and hope for liberation. The work as a whole possesses a haunting, austere beauty, and its expression is intense and very moving. Marc Minkowski’s direction brought out the emotional, sometimes quietly angry content of the music effectively and the BBC Singers responded with energy and commitment. Figure humaine must be a cruelly difficult work to bring off in performance and some lapses of intonation were apparent, particularly in very high soprano notes.

In the mainly jolly Concerto for Two Pianos, David Kadouch and Guillaume Vincent played with perfect ensemble and plenty of brio and high spirits. Minkowski was clearly in charge, however, and made sure that the central Larghetto and the more reflective passages in the outer movements were realised sensitively. The reduced string sections meant that listeners in the hall were disadvantaged.

Ravel’s Mother Goose Suite was advertised prior to the concert, but in fact the complete score that the composer put together for a 1911 ballet was played. This includes an evocative ‘Prelude’ and a charming ‘Spinning Wheel Dance’. Minkowski clearly has complete understanding of this magical score: he did exactly what was needed in letting the music unfold naturally, keeping a close watch on detail, but eschewing any interpretative effects. Unhappily a reduced string section was used here as well: how good it would have been to hear more string warmth in the concluding ‘Fairy Garden’ movement.

Thankfully, Albert Roussel’s Third Symphony (first performed in 1931) was played with full strength string sections. Though the Third is best known of the composer’s four essays in symphonic form, this doesn’t mean a great deal, since performances of the work in are rare, in London – unfortunately, since it is a composition of considerable stature, as Minkowski’s reading showed. Here the conductor’s precise, highly expressive technique resulted in playing that had notable incisiveness of ensemble and rhythmic buoyancy. It was a brilliant, joyous performance that made a very satisfying end to the evening.

Not always do conductors who have specialised in early and baroque music achieve success when they face symphony orchestras and tackle later repertoire, but Marc Minkowski has mastered his art, as the obviously sincere indications of appreciation on the part of his players at the end of the concert made clear.