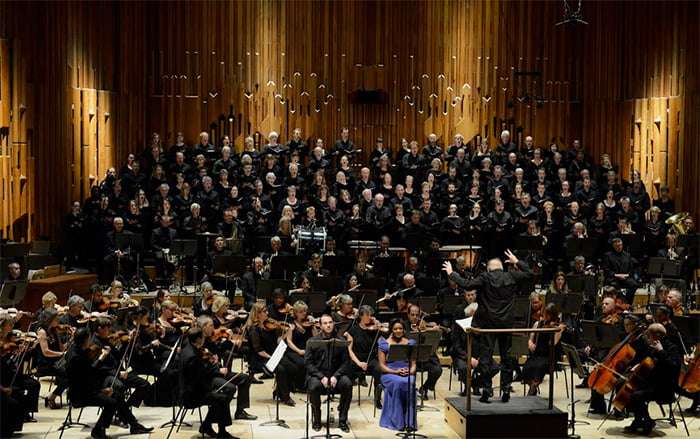 Surprisingly BBC Radio 3 didn’t afford this blockbuster concert a live broadcast, although the deferred relay is imminent – so the place to be (I would have been there anyway) was in the Barbican Hall for a programme of contrasting masterpieces, Sir Harrison Birtwistle’s Earth Dances and Ralph Vaughan Williams’s A Sea Symphony, Martyn Brabbins presiding.

Earth Dances (1985) was premiered by the BBC Symphony Orchestra and Peter Eötvös the following year, and one of their returns to it was issued on Collins Classics, followed by recordings from Dohnányi and Boulez. It’s magnetic music, opening with what might be heard as a seismic shock from the Earth’s core. It’s a suspense-filled epic, slow-burn, craggy of rhythm, edgy of sonority, and with a striking sense of internal momentum, numerous percussion-fuelled pulses punching the music forward. There can be rapt stillness, too, and when the music erupts it does so with lava-flow energy. Characteristic of this composer there are foregrounds and distances, and the way the piece courses over its near-forty-minute length is fascinating, new episodes at once novel yet related. Come the end, when the music fragments, all passion spent, the ensuing silence seems to ask “what next?” We now know that to be Deep Time (2016) to complete an orchestral triptych started nearly five decades ago with The Triumph of Time. 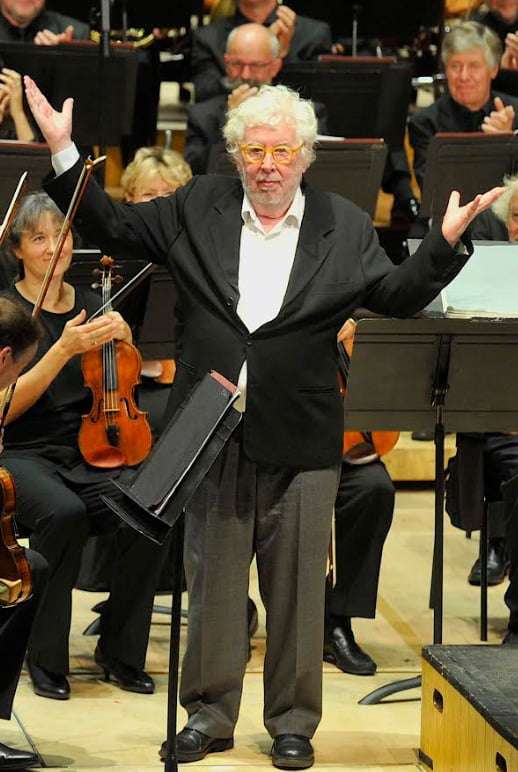 For Earth Dances, Brabbins’s lucid technique and palpable commitment to a composer (in attendance) he has long championed produced playing of accuracy, confidence and splendour to illuminate a large-orchestra score that is elemental, fervent and spectacular.

Following a significant platform alteration – the longer-than-usual interval was though welcome to recover from Birtwistlian intensity – the vast percussion section giving way to the risers for the BBC Symphony Chorus (the singers freely disposed, not in SATB blocks), we heard a further composition that places stress on the emotions, albeit in the most-stirring and meaningful way, Vaughan Williams’s A Sea Symphony (completed in 1909, later revised), setting words by Walt Whitman, a transatlantic collaboration.

Brabbins, now without baton, moulding the music and cajoling the musicians, once again led an inspired performance, opening with the glorious panorama that is “Behold the sea…”. Whether shanty, flag-waving or deep (Gerontius-like) reflection, this first movement had a flow (pun not intended) and wholeness that reminded of Boult. The Chorus (prepared by Neil Ferris) was lusty and lyrical, Marcus Farnsworth unforced and mellifluous (reminding somewhat of John Carol Case, who coincidentally is Boult’s baritone on his EMI recording) and Elizabeth Llewellyn’s voice gleamed, somewhat operatic if none the worse for that.

The first of the middle movements – ‘On the beach at Night Alone’ – found Farnsworth’s subtleties drawing the listener into this nocturnal soliloquy which is later climactically brightened. And the seafaring choir has ‘Scherzo: The Waves’ to itself – wind-in-the-sails music, exhilarating and explicit at Brabbins’s swift but articulate tempo, and at “the great vessel sailing” a splendidly expansive tune (which haunts the memory) here both integrated and magnificent. 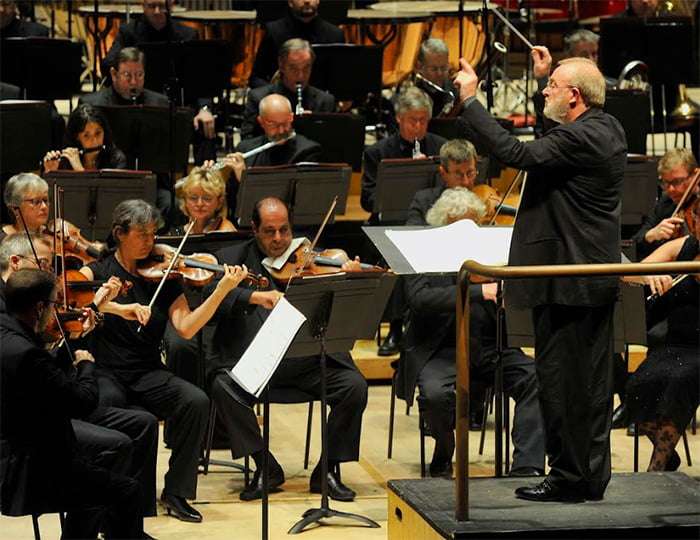 With the extensive ‘Explorers’ final movement (fully half-an-hour) we reach arguably the Symphony’s greatest music (and that’s saying something) – beyond words for all Whitman’s contribution, a cosmic ocean created and made suitably expansive from Brabbins to be utterly compelling and visionary. Llewellyn and Farnsworth joined hands vocally, sublimely, Stephen Bryant played expressive violin solos, and the BBC Symphony Chorus brought compassion and buoyancy to all it did. Brabbins’s monumental conception led organically to the “very nautical allegro” (programme note) which prompts not the grand conclusion that might now be expected but a sinking to the depths and (another) silence that implies uncharted territory … what lies below?