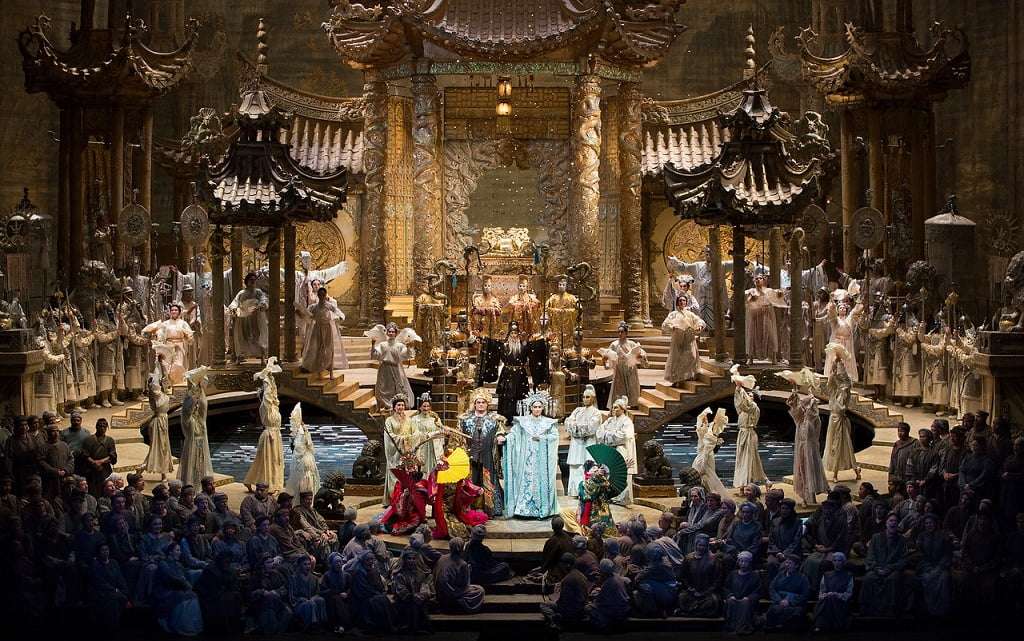 This was the first night of a ten-performance run at the Met of Puccini’s Turandot in Franco Zeffirelli’s celebrated staging. The composer died before completing it, Franco Alfano and then Luciano Berio doing the honors from the composer’s sketches – If in entirely different ways.

Three of the four principals were singing their roles for the first time at the Met, whereas the fourth, James Morris, has previously portrayed Timur some twenty-five times here, and on this occasion was giving his 999th appearance at this house. As Turandot, Oksana Dyka showed the vocal steel required for her opening ‘In questa reggia’ and in propounding the riddles with which she tests Calaf. However, she evoked tenderness when she finally surrenders herself to her headstrong suitor, Aleksandrs Antonenko taking over Calaf from Marcelo Álvarez who withdrew from these Fall presentations. Antonenko’s Calaf was fairly one-dimensional, which is largely inherent to the role, but he sang with increasing warmth and ardor and ‘Nessun dorma’ was stirring; in the Alfano-completed conclusion, he and Dyka sang rapturously. 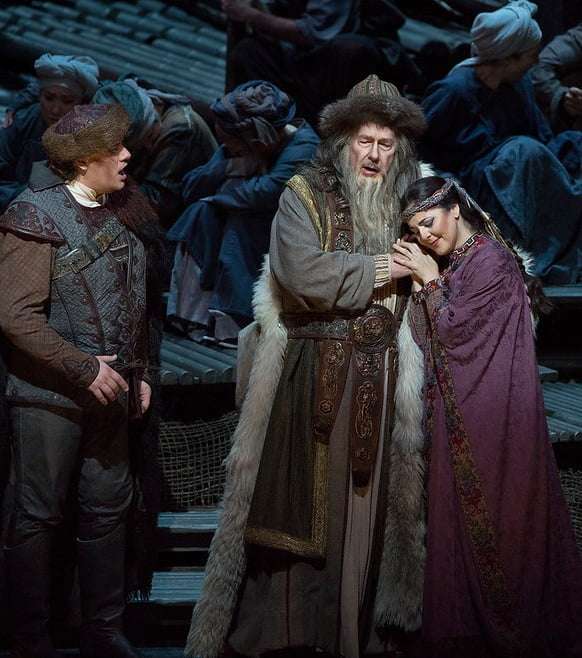 Morris as the dethroned monarch and Maria Agresta as the slave-girl Liù gave touching assumptions, particularly in Act Three when Liù refuses to betray Calaf’s identity and takes her own life, leaving a grief-struck Timur resigned to follow her to the grave. Earlier, Agresta’s rendition of ‘Signore, ascolta’ in which Liù pleads with Calaf to forego risking his life, and Antonenko’s singing of Calaf’s dismissive reply were sweet enough, but didn’t really ignite the opening Act.

Interlaced into the plot are the doings of three court functionaries, Ping, Pang and Pong, straight out of the commedia dell’arte tradition albeit colorfully garbed in distinctively Chinese costumes, as they try repeatedly to get Calaf to abandon his quest for the princess’s hand. By contrast, their reminiscences and ruminations in the opening scene of Act Two were lyrical and charming. A particular highlight is the elaborate choreography and fan-play for the Three Masks, dancers who stand in for Ping & Co in the throne-room scene.

Of all Zeffirelli’s spectacular productions for the Met, Turandot is the most over-the-top, populated by a host of performers in nearly constant motion – dancers, choristers and innumerable supernumeraries. Zeffirelli’s sets are elaborate, evoking gasps, and Anna Anni’s & Dada Saligeri’s costumes and Chiang Ching’s choreography add to the spectacle. Carlo Rizzi draws excellent playing, which the choruses match.