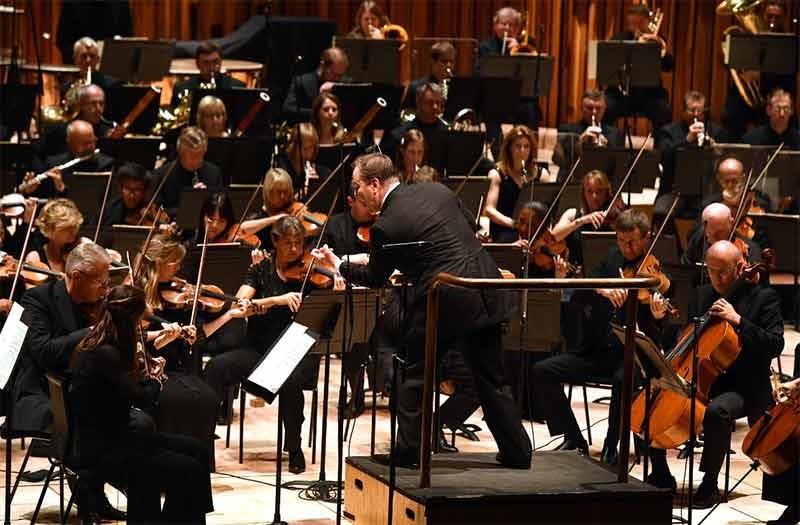 Knocking at the Hellgate may seem a less than celebratory way to open a new season, but the BBC Symphony Orchestra and Sakari Oramo did just this action, and continued the association with Brett Dean in the process. These orchestral movements and arias (three of each) from Bliss, Dean’s impressive opera based on Peter Carey’s novel, proved every bit as engrossing as the stage-work itself.

Harry Joy is the founder of a successful advertising agency, and a decent family man. He suffers a near-fatal heart attack and then reviews and changes his life. Having moved into a hotel he hires a woman for the night, which turns into something meaningful with the arriving Honey, for client and prostitute develop a loving relationship and also a partnership centred on ecology. That’s but the gist.

I found the opera (seen on film) to be powerful and poignant and this 2013 “suite” (the composer’s description) from it is equally compelling. A baritone is called upon, as Harry, and a large orchestra employed, including keyboard samples, electric violin and guitar, and also sound projection, the latter looked after by Ian Dearden. The listener is gripped from the off when Harry’s heart is attacking him, the orchestra really giving us the trauma of cardiac arrest, including delirious irregular rhythms … then comes the uncertainty of Harry’s future, if he has one. 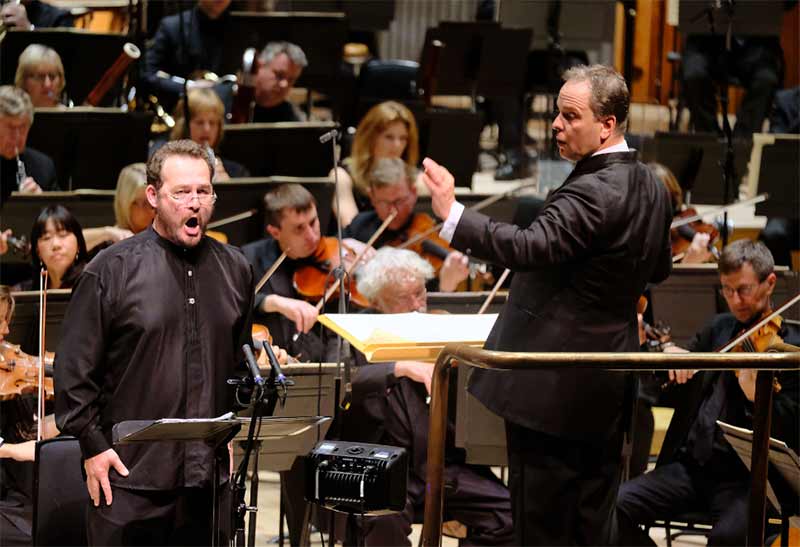 Whether through collages of pre-recorded superficiality (such as TV game-shows and the slogan reality of Harry’s occupation), and with a tease of cabaret (one of the viola-players spinning a wheel of fortune), Harry has visions, outer-body experiences, hallucinations, changes direction completely and then meets Honey – love conquers all.

Russell Braun had the measure of Harry’s music (the opera’s text is by Amanda Holden after Carey’s novel), a vivid portrayal, and he also eased into the falsetto needed for his Mother. He was particularly affecting in the final ‘Sonnet’, by now Harry is a son of the soil – and Harry and Honey is a perfect name-fit – the music taking on a Bergian rapture worthy of Lulu. The close-on forty minutes not only compelled, they flew by. 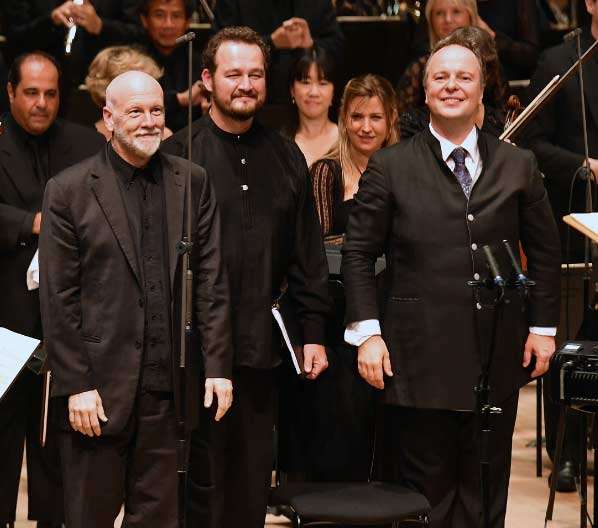 Ein Heldenleben similarly electrified the air, a vibrant account that married thoroughness with openness, urgency with raptness, and it was genuinely symphonic too – a tribute to Oramo’s wholesome approach that gave the music somewhere to go while also being graphic. And if the Hero is Richard Strauss himself then this dashing and swaggering opening reminded that in 1898 the mid-twenties composer had five further decades of life and creativity to come. From Oramo the Critics were a viperous bunch, wailing and carping (fair enough, boss!), and then love abounded with the emergence of singer Pauline de Ahna (to be Strauss’s wife), here characterised by Friederike Starkloff (concertmaster of the NDR Symphony Orchestra). She was superb – capricious, feisty and seductive – with plenty of come-hither sounds emanating from her violin.

Cued by well-managed off-stage brass business, the Battle was full of controlled cacophony, and following the Hero emerging triumphant (horns-a-plenty) the self-quotation section (the Hero at Peace) was particularly candid; indeed the performance as a whole tingled with new details, as well as vividness and beauty. Come the close, a golden sunset, Starkloff now linking to nobly expressive horn-playing, one’s appetite for this music (I first heard Heldenleben about forty years ago through Fritz Reiner’s Chicago recording) had been stimulated afresh.