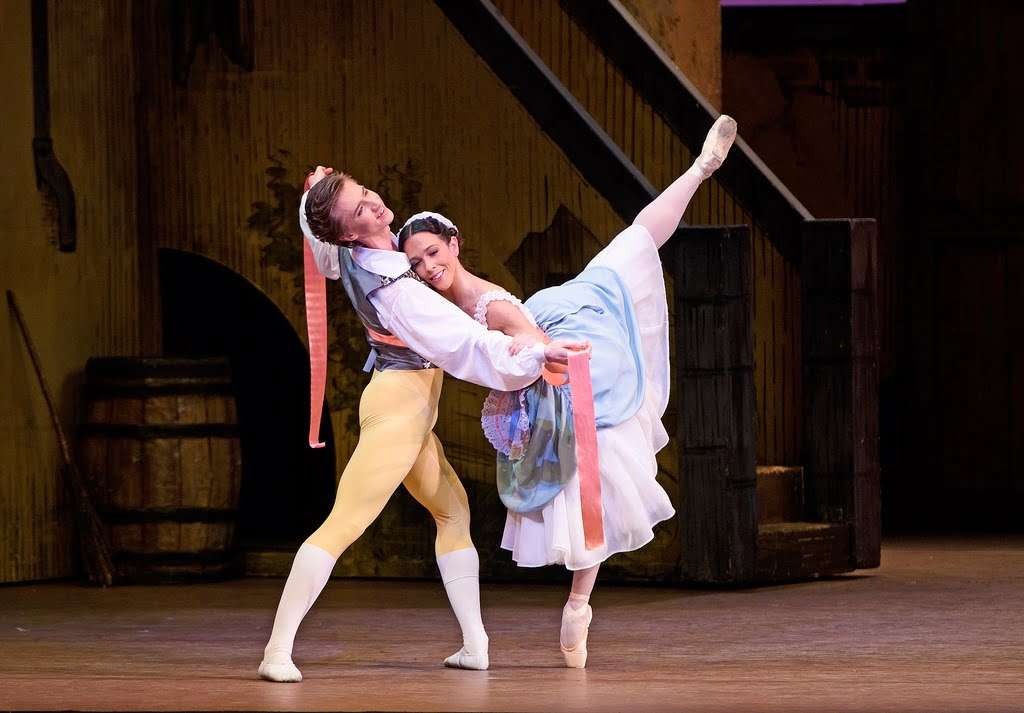 Whatever the worries about The Royal Ballet’s direction, programming and casting may be at present, they are set at nought for the duration of Frederick Ashton’s La Fille mal gardée, often described as ‘the perfect ballet’. Certainly, there can be no complaints when it is as well danced as it was on the opening night of company’s season, with a lead couple sunny of temperament and stylish of movement and an entire company engaging with this delightful tale of true love finally winning out. Some quarters of the critical dance community are very sniffy about Fille and, indeed, anything that smacks of entertainment as well as artistry, but the fact is that there is more truths about Classical dancing than in hours, days even, of contemporary work. Sir Frederick Ashton was a master who knew and understood the art form, an Old Master even, where many of the contemporary choreographic offerings from The Royal Ballet and its ilk offer the dancing equivalent of Turner Prize entries – self-regarding, po-faced and empty of true meaning. Fille is a cornerstone of this company’s repertoire and it is good to see it revived with such freshness and lightness. 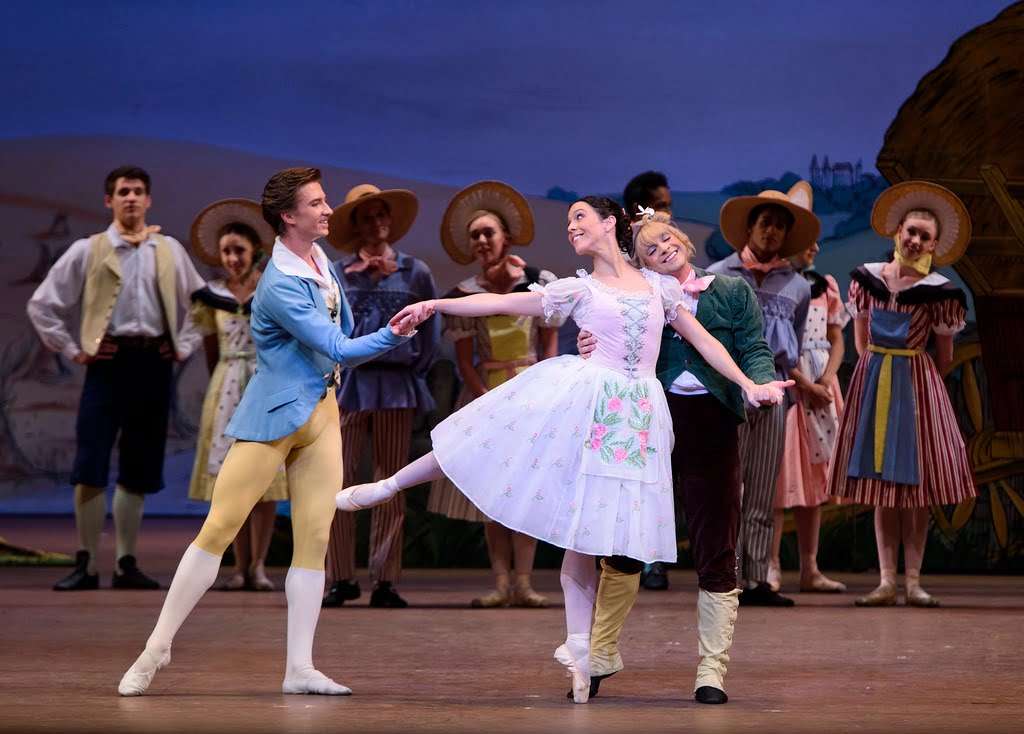 Set, as ever, in Osbert Lancaster’s peerless designs, this simple tale of simple folk still conveys an immediacy and truth about romantic love. Laura Morera, the company’s finest dance-actress at present, is a near-ideal Lise, the wayward girl of the title, totally, hopelessly in love with Vadim Muntagirov’s adorable, country swain. Morera brings all her intelligence to a role which, in the wrong hands, can become simply pretty, vapid. She enjoys a firey relationship with her mother – the fusspot Widow Simone – yet their sparrings always underpinned by deep affection. Morera’s Lise swoons for her Colas, looks doe-eyed into his, melts at his very touch and craves yet another kiss. This is not sexless ballet relationship, but rather it is physical and yearning, Ashton bringing together beauty and truth about love and desire. Morera’s musicality stands out in a company which can seem four-square; she plays with her phrasing, understands the contrast between motion and stasis and is capable of the slowest and the fastest of movement. Additionally, she does not over-extend her legs, thus maintaining the lines and patterns wanted by the choreographer rather than the distortions allowed and favoured by many interpreters of the role; she succeeds in making the movement less athletic and therefore more beautiful, managing to be a modern dancer yet respecting the fact that this work was first created 56 years ago. She is a notable artist in one of her very best roles.

Muntagirov is tall, leggy even, but he dances with such smooth creaminess, such care with placement, such purity that he makes a role often given to smaller dancers his own. He has developed a shoulder-shrugging simple village boy persona whose smile is broad and whose love for Lise is deep. Theirs is a beautiful stage partnership, both feeding off each other to establish a believable relationship, he careful to present his ballerina to her best advantage. 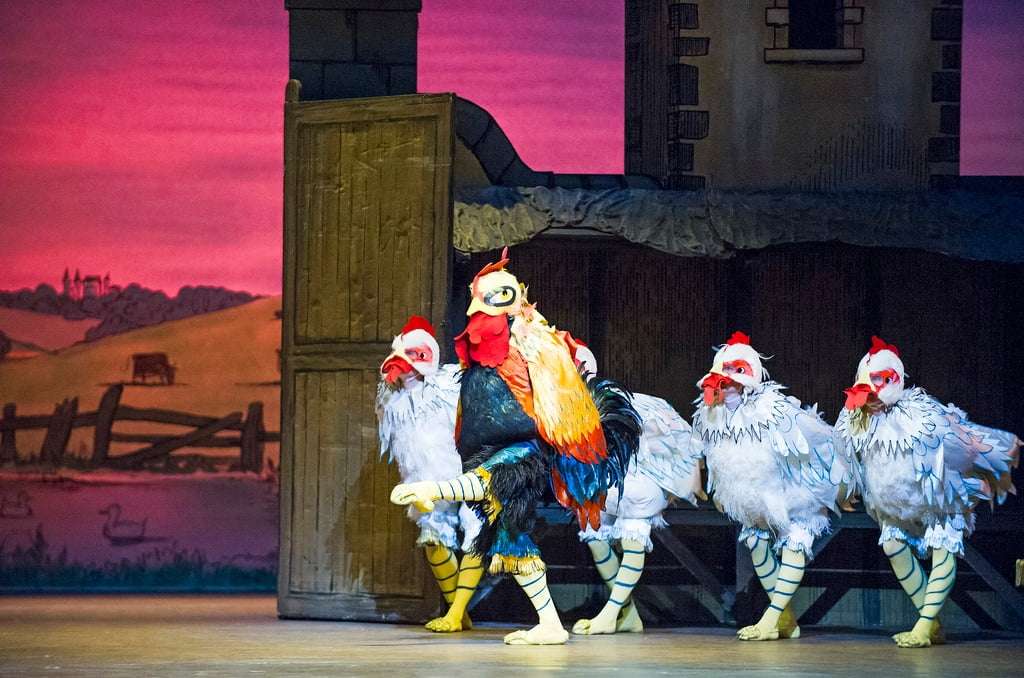 Paul Kay is an experienced Alain, the simpleton son of a wealthy landowner who is promised to Lise. He does not overplay the role, but, in addition to delivering the comedy, also focusses on the underlying melancholy of a simple lad who would like someone to share his life with. It is a difficult role to bring off, and Kay strikes the right balance between clowning and subtlety, slapstick and emotion. Thomas Whitehead makes for a busy-body Simone, perhaps less endearing than some who have played the part, but who is in total command of the famous Clog Dance, whose visual jokes he makes genuinely amusing. His interplay with Morera in the Act Two is detailed and touching, his final acceptance of Colas as his son-in-law bringing a smile to the face.

The company dances with brio, bringing real joy to the folk-inspired dances, and the orchestra was on fine form, bringing out the many felicities of Jack Lanchbery’s rumbustious orchestration.