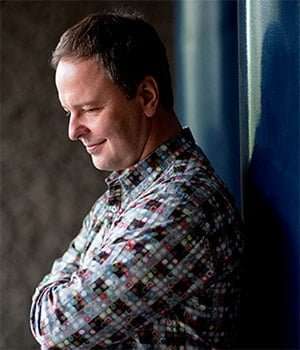 Pohjola’s Daughter spluttered into life like slightly uneven topiary to open this BBC Symphony Orchestra concert in brooding fashion, Susan Monks sporting a fine cello solo. The depth of corporate string tone impressed and Sakari Oramo had the measure of Sibelius’s breadth of gesture and his capacity for symphonic rigour while painting myth-led pictures. When the music took off it blazed and stormed the Nordic sky, and when bleakness returned it did so with inevitability. One of Sibelius’s masterworks had been very well served.

Staying fabulously Finnish, Oramo then saluted his compatriot Esa-Pekka Salonen. Surprising given Salonen’s presence in London (with the Philharmonia Orchestra) that his 2009, 30-minute, four-movement, award-winning Violin Concerto was only now receiving its UK premiere. It won’t have been entirely unknown to collectors though, for in 2012 Deutsche Grammophon issued a recording (479 0628) with the work’s original soloist, Leila Josefowicz, and the composer conducting. 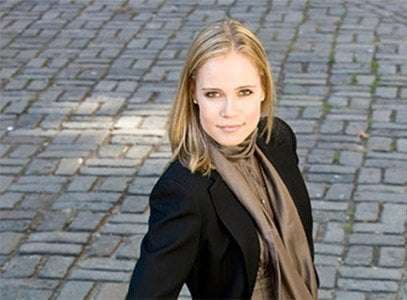 Josefowicz here continued to champion Salonen’s large-orchestra score, as ever without copy – she will not play a piece (however new, however complex) unless she has memorised it. It’s an attention-grabbing and thought-provoking work, the opening like a Bach invention, quick and rhythmic, pungently punctuated with percussion, celesta and harp (and on the day of Pierre Boulez’s 89th-birthday, Salonen’s spectral colours reminded of his). This fierce moto perpetuo calms into ‘Pulse I’, timpani marking time. ‘Pulse II’, fuelled by a drum-kit, is clangourous and exuberant, dance-crazed to pulsating exhaustion. The finale, ‘Adieu’, is an expressive confessional, Salonen (at the time) reaching the milestone age of 50, and here employing five gongs, this slow movement emerging as something of a life staging-post. Overall, it’s an intriguing opus worth returning to; certainly Josefowicz gave her all, technically and meaningfully, and she could not have wished for more sympathetic partners to (re-)introduce us to this piece.

The BBCSO does not need to play Shostakovich 5 when every other orchestra has a go at it… often. But that would be to underestimate Sakari Oramo. This is music with a baggage all its own. It’s also entitled Symphony, and that’s how Oramo conducted it (with or without his baton) while catching its many moods and seamlessly addressing the whole. The opening was immediately impressive, the strings gutsy and unanimous. Shostakovich’s private thoughts and public utterances were unerringly caught, so too the first-movement’s mechanistic parody (the march) and the climax’s emotional outpouring. In what was generally an even-handed approach, Oramo only became ‘programmatic’ in the scherzo, trenchantly delivered, and, in the trio, bringing out fairground ribaldry and a heavy dose of sarcasm, guest leader Clio Gould to the fore. The slow movement, taken at a spacious tempo as befits its Largo indication, found Oramo exploiting a wide dynamic range, the string-playing superb whether off-the-radar hushed or bitingly intense, and with some wonderfully confidential, diary-entry woodwind-playing, not least from the Siberian-tinged flutes. The finale, forceful and emphatic to begin with, and never showboated for the sake of it, then sunk into a poignant slowness only to rise to robotic rejoicing. Not as fast as (in recorded terms) Bernstein and Previn (deliberately glib?), or as mesmerisingly massive as Masur, but with a Mravinsky-like straight bat (and he conducted the 1937 Leningrad premiere), Oramo invited us to decide about ciphers, their meanings and the “just criticism” that the Shostakovich alluded to when composing the Fifth. It won over the Stalinists though, and was here greeted with a few seconds of silence, the audience ‘following’ Oramo’s aloft arms. What resulted was a great Symphony and a formidable and incident-packed, powerfully communicated example of what the BBC Symphony Orchestra and Sakari Oramo are capable of.