Like star tennis-players, upcoming conductors seem ever younger. This can prove a mixed blessing. How can anyone who has not had the opportunity to learn his craft out of the limelight have anything to bring to the party? There are exceptions. On the evidence of this enterprisingly planned programme Lionel Bringuier is one of them. A native of Nice, he won the Besançon conducting competition in 2005 and at the age of 23 is now Associate Conductor of the Los Angeles Philharmonic (Zubin Mehta became the LAPO’s conductor at 25 and Gustavo Dudamel is of a similar age). Winning a conducting competition can be a hit and miss affair. What was significant was that at Besançon Bringuier received the emphatic support of the orchestral players themselves, something equally noticeable on this occasion.

The programme, a cleverly concocted mix of Dutilleux, Ravel (interleaved with Couperin) and Stravinsky under an as-yet-unfamiliar conductor might have resulted in a meagre audience. Perhaps because it was a Saturday or possibly because of the participation of Angela Hewitt, it was rewarded with a very good audience in terms of its numbers, and anyone present at this outstanding concert is unlikely to forget it in a quite a while.

Henri Dutilleux’s Métaboles was commissioned by George Szell for the Cleveland Orchestra who gave its first performance in 1965. It is beautifully crafted, as one would expect of anything composed by Dutilleux who evidently had something of a struggle to find his own voice and free himself of the long shadow of Ravel. There are distant echoes of Stravinsky, Bartók and Debussy, as well as being distinctively of its creator. On this occasion its five highly contrasted movements drew the kind of enthusiastic ovation rarely accorded to a living composer. Treating the score as an aide memoire, Bringuier had clearly internalised the music and was in full contact with his players throughout, eliciting the most poised and refined string textures in the slow ‘Linear’ and ‘Torpid’ movements; the jazz-inspired ‘Obsessive’ and the final ‘Flamboyant’ packed a formidable punch. 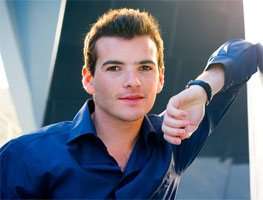 The interleaving of orchestral and piano versions of Le tombeau de Couperin supplemented by two pieces by François Couperin (1668-1733) was an enterprising idea which worked with only varying success. Ravel’s original six-movement piano score includes a ‘Fugue’ and a ‘Toccata’ which do not figure in his subsequent orchestration; here both were interpolated, with Angela Hewitt throwing in some Couperin for good measure. What is not at issue is her choice of a Fazioli piano, with its demi sec sound, was ideal in this music’s pristine textures. In the orchestral movements Bringuier excelled, giving a swift and stylish ‘Prélude’ with sudden changes of perspective like clouds passing over a landscape, and there was some deeply affecting playing from all the wind soloists in the central section of the ‘Rigaudon’. What was immediately distinctive was the unobtrusive subtlety and restraint with which Ravel’s dynamic shadings were observed, allowing much tender woodwind detail to register.

The expression jeu d’esprit might have almost been invented to describe Ravel’s G Major Piano Concerto with its explosive opening like a champagne cork popping out of a bottle. This was more or less an unmitigated delight. Two small reservations only: after that electrifying opening gesture Hewitt dragged the tempo in her opening solo, and in the slow movement’s opening reverie she was distinctly metronomic. However, later in the same movement there was a glorious account of the cor anglais solo from Alison Teale, the piano’s filigree accompaniment etched with the lightest of touches. Bringuier proved himself the most adept of accompanists, in the closest contact with the soloist.

The 1919 Firebird Suite brought some exceptionally refined playing from the BBC Symphony Orchestra with the most gentle of solos from the violin, cello and clarinet in the ‘Round Dance’, symptomatic of Bringuier’s understated finesse. At one point during the long shimmering violin decrescendo before the solo horn at the Suite’s close is ‘warmed’ by the violas; this detail registered in a way one seldom encounters. The ‘Infernal Dance’ and the concluding section were truly electrifying in their panache.