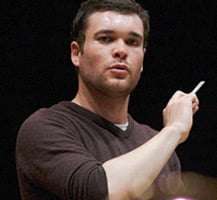 Given his prowess as composer and conductor, it was only a matter of time before Ryan Wigglesworth took-on a full-length public orchestral concert, which he did this here at the helm of the BBC Symphony Orchestra. The programme was designed to focus on respectively the most influential composers from the nineteenth- and twentieth-century; their pieces framing the first performance of music by Wigglesworth himself.

Inspired by the idea of a whole world of meaning captured in a single glance, “Augenlieder” (Eye-Songs) takes four diverse poems by different authors in a sequence whose follow-through seemed as intuitive as the work’s guiding concept. So the impulsive manner of Robert Browning’s “Eurydice to Orpheus: A Picture by Leighton” yielded to the slow-burning expression of Egon Schiele’s “Visionen”, scored just for strings – at least until the strategic return of the whole orchestra – and the true highpoint here. Less convincing was the overwrought setting of Arthur Rimbaud’s admittedly exhibitionist poem “Voyelles”, which in turn pre-empted the genuine emotion of John Berryman’s “Keep your eyes open”. 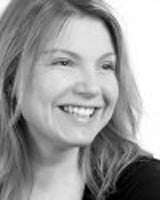 Yet with Claire Booth at her uninhibited best, “Augenlieder” was certainly the sum of its best parts – a welcome continuation of the orchestral song-cycle to which genre British composers have made a distinctive contribution.

Framing this work, either side of the interval, were two Beethoven overtures. Wigglesworth made a decent stab at Leonore No.2 (1805), but this tone poem that all too effectively encapsulates the drama to come needed a surer momentum if its components were fully to cohere and its climactic offstage trumpet calls not to lend a sense of anti-climax to the coda. The underrated Zur Namensfeier (1815) fared better: its combining of ceremonial formality with some of Beethoven’s most ribald dissonance brought off with the required rhythmic precision and no mean panache.

Even so, there can be little doubt that Wigglesworth is more suited to the interpretative demands of Stravinsky. Opening the concert in its soft-grained and alluring original version, Symphonies of Wind Instruments (1920) was a delight – its unfolding litany of call-and-response the more spontaneous sounding for being so precisely directed.

Rounding-off the evening, Symphony in C (1940) was arguably even finer: Wigglesworth steering the first movement so its formal divisions were overridden by an unremitting yet never headlong expressive drive. The Larghetto had the right poise and aloofness, with elegant woodwind playing, and if the scherzo (which would ideally have followed attacca) lacked a degree of incisiveness, the finale was convincingly rendered – not least the ominous slow introduction that returns transformed as the work’s searching apotheosis. There will no doubt be many more collaborations for Ryan Wigglesworth with the BBC Symphony Orchestra.