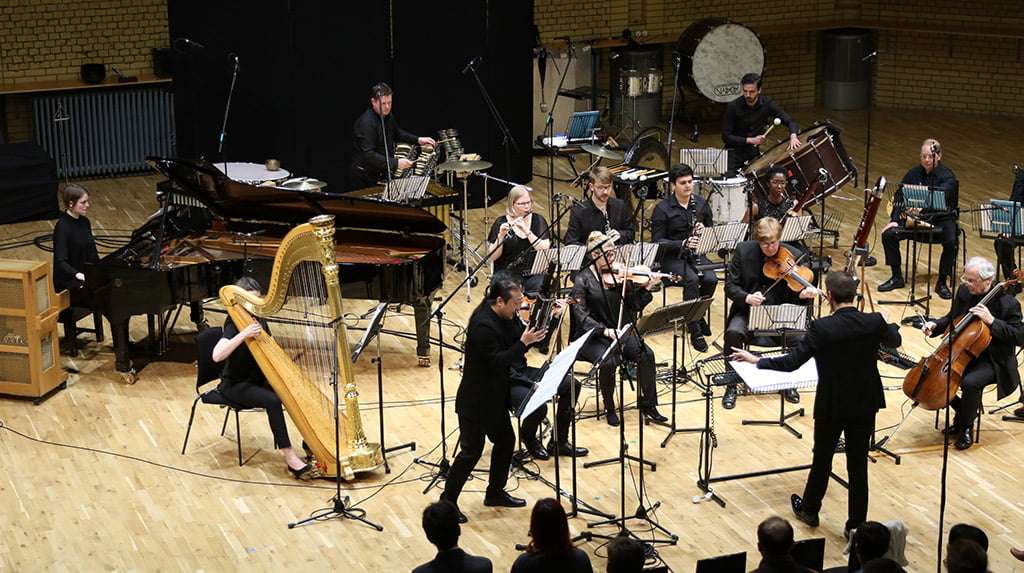 Now into its fourth decade, Birmingham Contemporary Music Group continues to set the pace with its programming and commissioning; this concert being no exception in featuring two works for a leading instrumentalist and two by a leading European composer.

Although it has long been appreciated as a folk instrument, the Chinese mouth organ known as the sheng only recently came to prominence in Western music – thanks in large part to the artistry of Wu Wei, whose tireless advocacy has been responsible for a extensive repertoire that includes the two pieces heard here.

First up was Anecdote (2019) by Donghoon Shin, whose Concerto is the outcome of his time as BCMG’s Apprentice Composer in Residence. Inspired by the composer’s formative years in Seoul, its three movements take in nocturnal speculation, a heady central depiction of this city’s urban panache, then a final evocation of ancestral ritual imbued with acute nostalgia. Compact and eventful, not least in the harmonic and textural interplay of soloist and ensemble, the piece proved never less than captivating.

Hardly less so was The Wind Sounds in the Sky (2002) by Jia Guoping, whose concern over the fusion of Chinese folk-music with the Western classical tradition is well-demonstrated by this piece for sheng, cello and percussion. Again, there is a purposeful exchange between combative gestures and inward musings – Ulrich Heinen and Julian Warburton countering Wu Wei’s flights of fancy as they provide a sonic backdrop of constantly changing colour and expression, the landscape of Inner Mongolia subtly though always tangibly evoked. 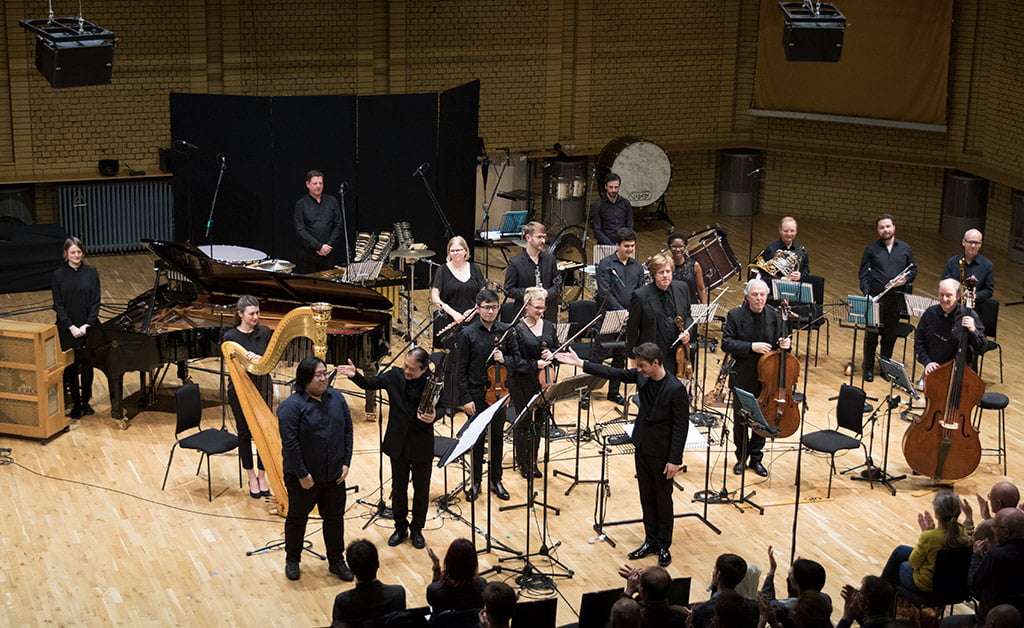 Heard either side of these were works by Rebecca Saunders, long resident in Berlin and for several years a professor of composition in Hannover. CRIMSON – Molly’s Song 1 (1995) is one of the pieces that brought her to international attention, as well as setting out longer-term musical concerns; in this instance the presence of metronomes and whistles within an already diverse ensemble, and whose culmination breaks off to leave the sound of a music-box trailing into silence: Molly Bloom’s internal monologue deftly and appositely conveyed.

Concluding this concert, murmurs (2009) might seem almost a conceptual continuation with its inspiration in Samuel Beckett, though here the discourse is inherently abstract – the piece drawing equally upon Jacques Derrida’s consideration of the ‘trace’ as an intangible and also impermanent substance. This is played out on two levels: spatially – with the sound of instruments opened-out and amplified by those surrounding the audience either side of and above the auditorium; temporally, as these traces undergo a constant metamorphosis towards more focussed and expressive sounds before gradually merging into each other and then evanescing into silence.

Lasting virtually half an hour, this piece demands maximum concentration from listeners and musicians alike, and received it from both on this occasion. It helped that Julien Leroy provided attentive direction for three of these works, and that BCMG was on typically assured form throughout.

The ensemble can next be heard in an Across the Channel programme at Royal Birmingham Conservatoire on Friday June 14.