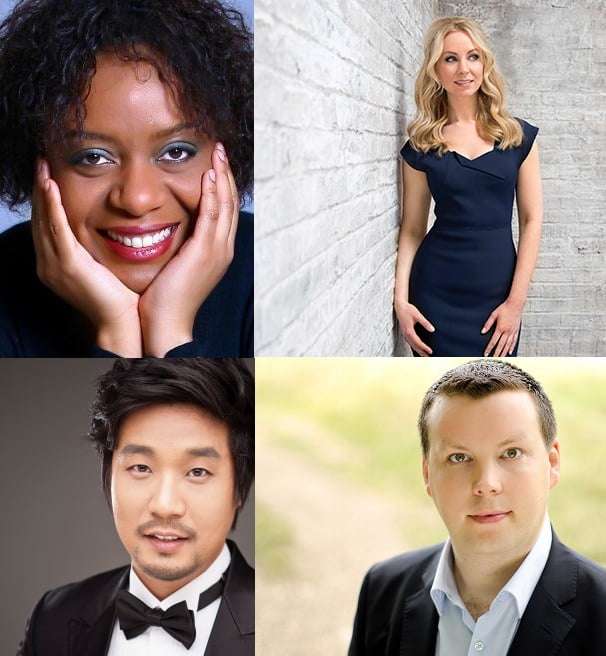 This was the same programme as the London Philharmonic gave at last year’s BBC Proms. The conductor then was Vladimir Jurowski, and it should have been Christoph Eschenbach this time but for illness.

Kazushi Ono, no stranger to the LPO if currently focussed on three centres of excellence – Barcelona, Lyon Opéra, Tokyo – was an admirable replacement and, however long he had to prepare it, was thoroughly at home in Magnus Lindberg’s Two Episodes. The Proms premiere made little impression on me, as broadcast, but did so this time – ‘being there’ making a difference.

Two Episodes is a “complement” to Beethoven 9 and the “allusions” to it that Lindberg speaks of are embedded enough – hovering within – to not distract from what is a notable score on Lindberg’s own terms. It holds the listener’s attention, whether bright, sonorous or luminous, with filmic suggestions and of lyrical beauty. This is music in a state of flux, teasing and intriguing the listener to gratifying effect, the division between the two parts clear enough, the second Episode more subdued than its counterpart and eventually winding down with a real sense of culmination, and enchantment. Lindberg (LPO Composer in Residence) was present and looked delighted, and indeed the performance was meticulously crafted.

As at the Proms there was no interval. Beethoven 9 was soon on course. In these days of ‘authentic’ leanings and playing this composer’s music fast and faster, it was pleasurable to find Ono (born 1960) leading such a ‘traditional’ reading, and with woodwinds doubled, by which I mean as recorded by such as Böhm, Klemperer, Masur, Solti, and a host of their contemporaries, and it’s no surprise to learn that Ono’s biography includes mention of studying with Wolfgang Sawallisch.

However Eschenbach would have conducted the ‘Choral’, and I would have anticipated him having antiphonal violins and observing all the repeats (structurally important) in the Scherzo, Ono, without achieving the profoundest depths or the biggest blaze, avoided fad and fancy and let the music speak for itself while taking responsibility for it; he had the score but didn’t open it.

However, what troubled the most was the limited dynamic range – never too loud (welcome) but rarely quiet enough – otherwise there was much to admire in a purposeful and cohesive first movement, linear and lucid, leading with inevitability to the timpani-fuelled climax, and the ensuing Scherzo was not raced along and enjoyed a strong sense of rhythm, while the Trio was given time to issue Elysian expression. 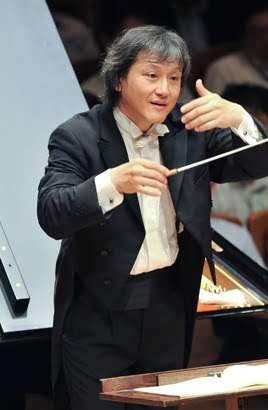 The standout was the slow movement, properly Adagio and of serene contemplation. With the Andante elements subtly introduced the music became a stream of consciousness, played beautifully with concentration and sensitivity. It was a pity that Ono didn’t go straight into the Finale, to Beethoven’s harsh dissonances, which hopefully would have put the kybosh on a further burst of mood-breaking clapping, particularly ruinous at this point given the rapt wonders just achieved.

Ono sculpted a majestic ‘choral’ movement, if not the most transcendental, the lower-strings’ recitatives expressively moulded and richly sounded, and from there the ‘Ode to Joy’ theme didn’t buck this trend. With the chaotic opening bars returning, Jihoon Kim threw his operatic hat into the ring with an inflated “O Freunde, nicht diese Töne”, then the London Philharmonic Choir, lusty and precise, opened up the music’s potential for elation, and David Butt Philip contributed vibrantly to a jaunty ‘Turkish’ march, percussion and piccolo adding local colour.

The vocal soloists were placed centrally with the chorus, musically a good decision as well as symbolic of brotherhood, although Justina Gringytė lost out when the quartet was in togetherness mode; whether she should have projected more or her colleagues could have been more considerate is a moot point. This final movement did most of the things it used to do before ‘historically-informed’ musicians got hold of it; yet this account overall was not one of the greatest and Ono’s moderation tended to cramp the music’s life-changing capability.

On the other hand, Ono, described as “quiet and calm” in rehearsal, clearly has the ability to unite musicians and to inspire them to give of their best. This ‘Choral’ was certainly in accord and uplifting, a fine example of talented people coming together to make music in time-honoured fashion, and to close the LPO’s 16-17 season in feel-good fashion.