Tchaikovsky
Piano Concerto No.2 in G, Op.44
Manfred – Symphony in B minor after Byron, Op.58 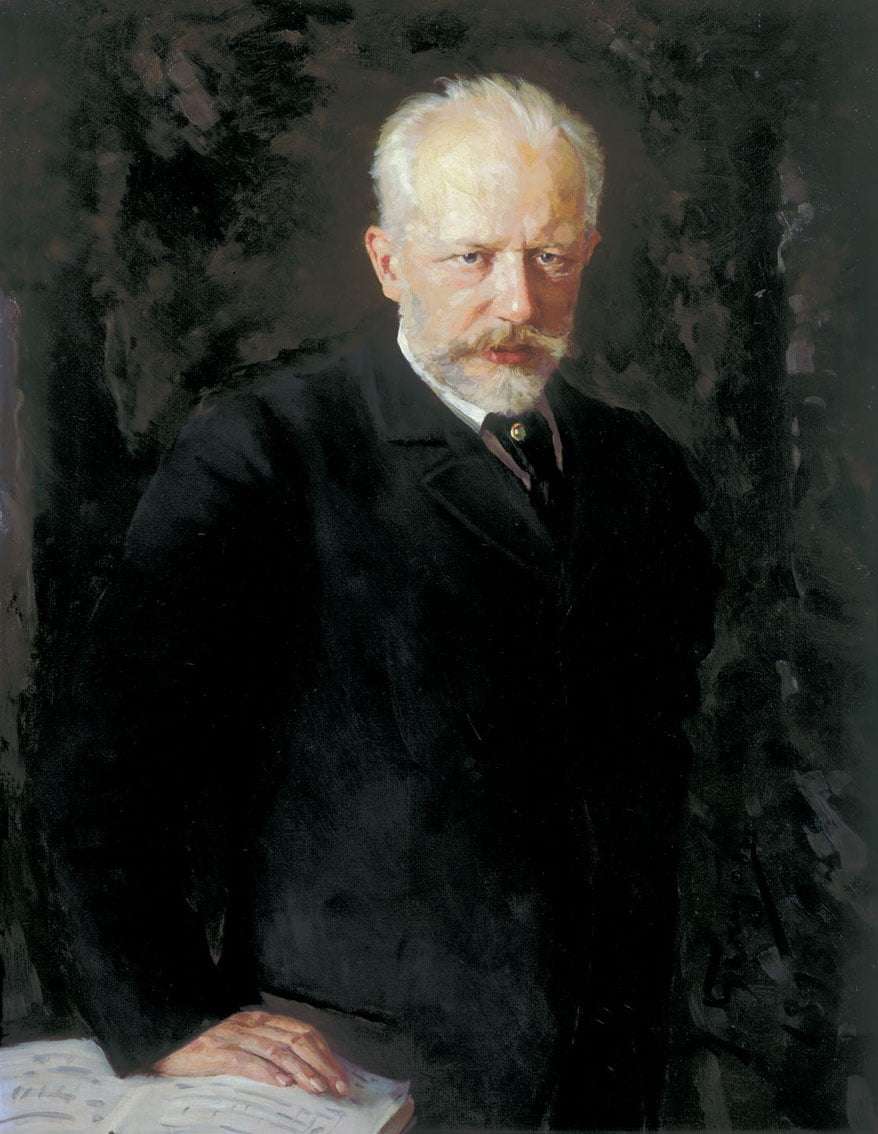 You can hear why Semyon Bychkov has borrowed the “beloved friend” endearment used in the correspondence between Tchaikovsky and his patron Nadezhda von Meck as the title for his three concerts with the BBC Symphony Orchestra. The composer is a major love in Bychkov’s musical life, and it really showed in this concert.

Piano Concerto No.2 doesn’t get out much. It has endured almost Brucknerian levels of change, mostly instigated by well-meaning critics, but when it is performed these days, the original score – without the composer’s small cuts and Alexander Siloti’s amputations – is preferred, as it was here.There is no getting away from the fact that it has more than its fair share of spacious rambling. The imperious opening and other gestures in the first movement suggest the ambience of Eugene Onegin – indeed, there is a string tremolando that could easily segue into Tatyana’s ‘Letter Scene’ – and in many ways the Concerto is like an opera without words. Then along comes the leisurely slow movement, with solo violin and cello roles (played by Giovanni Guzzo and Susan Monks, who pitched the mood perfectly) evoking a summery Chekhovian indolence that flows between pleasant conversation and crisis-laden meetings of minds. 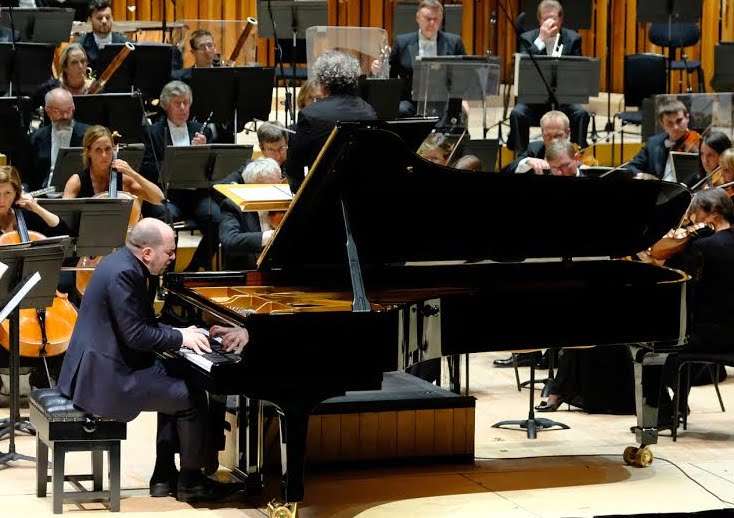 Both Bychkov and Kirill Gerstein were deep inside the character of the piece, which often seems to be going through the motions of a Concerto in terms of piano thrills and moments of high drama without losing touch with its stronger identity as a Symphony with piano as a lead character, a role Gerstein fulfilled with consummate artistry and some flagrant derring-do. There’s not a huge amount of heroic antithesis, and the bizarre first-movement five-minute cadenza sounded more like an extended fantasy, honouring the cadenza convention in the deed if not the spirit. Gerstein’s pragmatic technique made the solo part seem simpler than it really is, and his easy, laconic duets with various orchestral contributions in the slow movement communicated a touching affection. Bychkov balanced structural needs with discursive charm, and the BBCSO was acutely responsive to his lead. It’s a strange, very Russian work, but when its elements of instant attractiveness, its heart, its moments of elusiveness and high drama are juggled as successfully as in this, resistance is futile. And just to give Concerto-junkies their virtuoso fix, Bychkov gave Gerstein the lead in the brilliant Finale.

To show the depth of his connection with Tchaikovsky’s complicated artistic persona, Bychkov went on to show that the Manfred Symphony can be much more than a suite of symphonic poems linked by a motto theme representing the gloomy, quintessentially romantic hero of Byron’s poem. Bychkov completely justified Tchaikovsky’s big orchestration, including triple woodwind and two brilliantly deployed harps, in some formidably confrontational playing, the sort of extrovert, panoramic emotionalism that could wreck the more personal, later-numbered Symphonies. Yet this great conductor created areas, particularly in the codas to the first and final movements, where the Tchaikovsky of the ‘Pathétique’ and the cursed Manfred become one, and the effect was overwhelming. 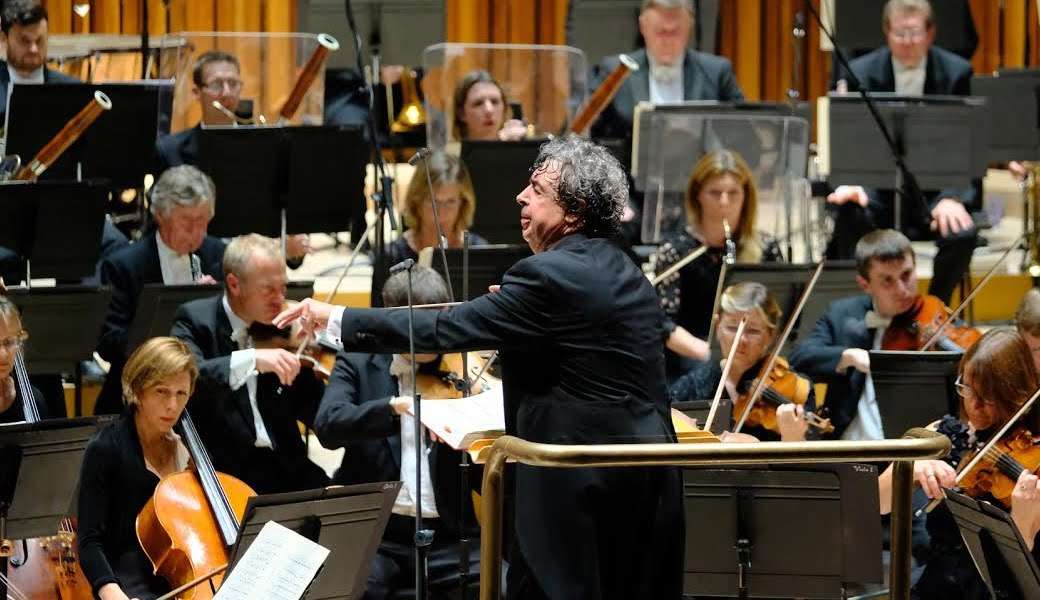 For the most part, though, this was a high-definition, heart-on-sleeve account. The first downward swoop on strings in the motto spelled Doom with a capital D, and the BBCSO surpassed itself with playing both dark and brilliant. The Alpine fairy hovered just out of reach in the second movement, kept airborne by superb harp playing, and Bychkov poured German romanticism into one end of the Andante pastorale and drew Russian expressionism out of the other. The hyperventilating excesses of the succeeding orgy slowed down a bit to admit another cross-over moment between the composer and his Frankenstein-like creation, followed by the demonic fugue and a collapse into the only miscalculation of the evening – the electronic organ, apparently inaudible in the Radio 3 broadcast, adding nothing to the hard-won glory of Manfred’s redemption. The remaining concerts should prove unmissable.