First seen in 2010, and already on its second revival at the London Coliseum (whereas co-producer New York’s Metropolitan Opera only saw its first production at the end of last year), The Pearl Fishers makes a very welcome return to ENO’s repertoire. Penny Woolcock’s production boasts one of the most mesmerising stage effects to start of any opera. Taking its cue from the opera’s title, movement director Andrew Dawson uses trapeze artists to slowly dive the whole height of the stage then breast-stroke up, behind a gauze onto which shimmering lighting and subtly videoed bubbles create the startling idea that the performance has been turned into a massive aquarium.

The striking effect returns in the second Act before Nadir seeks out the Priestess who he has recognised as his Leïla – hunting out a human pearl rather than an underwater one. Woolcock and designer Dick Bird pursue the water effect with the blue sheet that billows menacingly during the tempest scene that the local population, following James Creswell’s imposing priest Nourabad, believe is the result of Nadir and Leïla’s indiscreet (and forbidden) liaison. We’re in a coastal Sri Lankan shanty town, modern times with the ever-present threat of a 2004 Boxing Day Indonesian-like tsunami (rather pertinent currently with the full horror of Hurricane Martin’s devastation of Haiti still to be confirmed). No wonder the populace in the first scene are so keen on Brahma and Claudia Boyle’s Leíla, the new priestess delivered with head covered, as well as a popular politician like Jacques Imbrailo’s Zurga, who they agree to follow unquestionably. 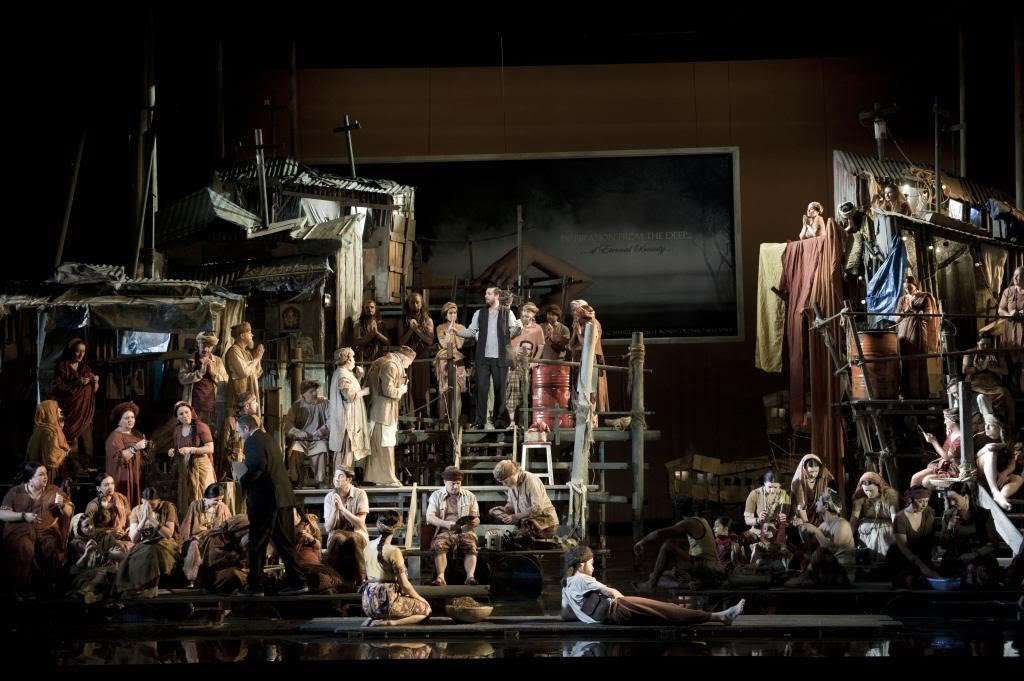 But things are not simple – and Zurga’s world is shattered both personally and professionally when his old friend (and one-time rival) Nadir returns, here played with enthusiastic likeability by Robert McPherson, with his ringing tenor that sounds remarkably natural rather than overtly operatic. Bizet’s score peaks early with their famous duet where they remember when they nearly fell out over the love of the same Hindu priestess, the very priestess who arrives in the village and who has to agree to Zurga’s oath of obedience never to show her face.

Operatic tragedy ensues, swathed in Bizet’s wonderful melodic and orchestral imagination, belying the oft-spouted opinion that Les Pêcheurs de Perles is a one-hit wonder (that duet again). Admittedly its melody does return at heightened moments, but there is much other memorable music to enjoy, especially from Robert Boër and ENO’s Orchestra. It’s an opera that deserves to come out of the shadows of Carmen (indeed, I’d much rather see Pearl Fishers than Carmen) and Woolcock’s subtly developing production is a real feather in ENO’s cap. 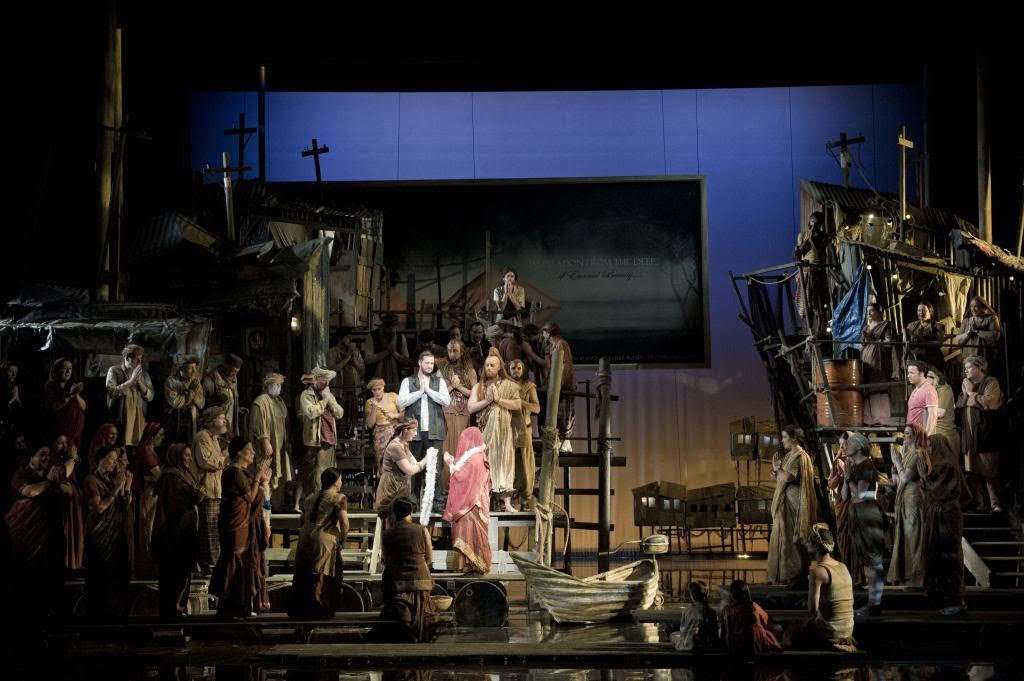 Like Boër new to the production are all the principal singers. James Creswell is virtually unrecognisable from his Commendatore in Richard Jones’s production of Don Giovanni, currently at the same address. Similarly so, Claudia Boyle, with long dark hair, looks so different to her programme photo. She is a great actress and has a sensuous vocal quality that really draws you into Leïla’s plight, nicely matched by McPherson’s ardent Nadir. Bizet is careful to give the principal trio arias, saving Zurga’s to the last Act, where he faces up to his jealously which has condemned Nadir and Leíla simply because he’s lost his hopes of love. Imbrailo is hugely impressive here. The final twist is very well managed – will it be a nadir for Nadir? If you haven’t seen it, I won’t spoil it (save that an excess of dry ice at the end nearly occluded the final image, and conspired to compromise the chorus’s curtain call). It’s running to December 2, nine performances remain.