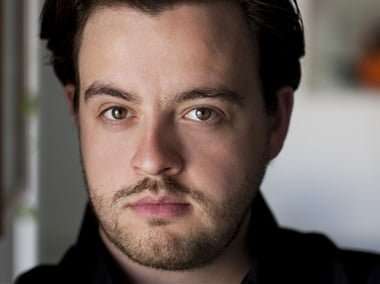 This, the one hundred and forty-third Rosenblatt Recital to be presented since the first, an amazing fifteen years ago, had a particular claim to uniqueness: it was the first to take the form of a pure song recital, that is a concert for voice and piano without any hint of the operatic stage.

What Ben Johnson and James Baillieu had devised was a programme which reflected two sides of music-making in the British Isles between the mid-nineteenth and mid-twentieth century when the serious and international co-existed with the lightweight and parochial; concert hall with drawing-room.

The first half was balanced between the English and the Italian with four genuine Art Songs from the former’s classical tradition. Hubert Parry’s setting of Shakespeare’s Sonnet 71 is a worthy effort by any standards. The poem is the writer’s opening contribution to a discourse on the subject of death and the response of those left behind. The poet is initially convinced of his view, as reflected in Parry’s racing quavers, but they soon become exhausted, a shadow, as his certainty deserts him and the music shrinks to next to nothing. Parry’s almost-contemporary Charles Villiers Stanford delves into his Irish origins and comes up with a local piece while the two Elgar songs belie the charge that Britain was then a “Land ohne Musik”.

Johnson, winner of the Kathleen Ferrier Award in 2008 and of the Audience Prize at the most-recent BBC Cardiff Singer of the World, has a voice of operatic dimensions and an imagination to go with it, while his pianist-partner has displayed technical virtuosity and youthful exuberance from the first time I heard him. His career is developing at speed.

Malinconia, a collection of Italian canzone written in 1887, is not the best-known of Tosti’s large collection of songs but they have many of the traits which have made a handful of them immensely popular among both singers and listeners. They are easy on the ear, with melodies which expand attractively. Tosti himself was an example of the cosmopolitan nature of Victorian music-making. He was absorbed into the English musical establishment, his services to the Royal Family rewarded with a knighthood and he eventually became naturalised.

There is something frustrating about his Malinconia cycle. The settings of poems by d’Annunzio are neither overloaded with melodic sweetness nor do they encourage indulgence in high notes and climaxes. There are a mere four top-Gs above the stave and a single forte marking in the voice part. By contrast, pp and ppp markings abound and most of the songs end with a diminuendo. The Respighi pieces offer tests of breath control and pitching. Johnson seemed less assured when coping with the texts in Italian and took recourse in scores. 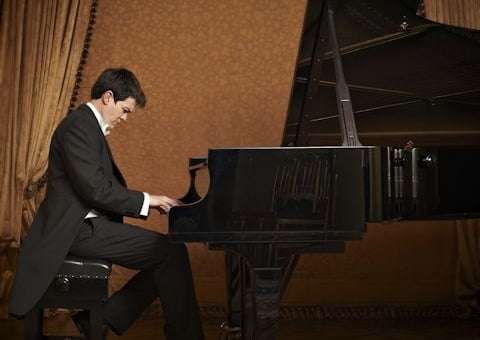 Now that anything goes as far as platform clothing is concerned; little is made of how the artists dress. Baillieu’s black tie and Johnson’s green velvet jacket seemed not to merit a mention. As we re-assembled after the interval, however, the tenor’s attire took on a new meaning. The jacket became a symbol of informality as the repertoire changed to include the popular, the sentimental, the comic, and even the vulgar. The singer was now a balladeer, inviting us to join the party. This was the other side of this British musical coin. Arthur Sullivan’s The Lost Chord formed the bridge between the two.

There was plenty of contrast and variety to be projected and there was no doubt that singer and accompanist both understood the cultural developments concerned. The proximity of some composers to popular music is conspicuous, particularly in the songs of Eric Coates. The appeal of the exotic is very evident in the two of the Four Indian Love Lyrics by Amy Woodforde-Finden. Johnson’s technical aplomb in the traditional ‘The Stuttering Lovers’ (a Kathleen Ferrier piece, accents and all) was impressive.

Not every member of the audience was pleased by this fracturing of the template which has made this estimable series such a success. “It would be nice to have a few arias” I heard one say during the interval. Hopefully by the time the evening was over that sceptic will have been impressed by the stimulating fare provided by these two young and prolific artists and he could declare himself satisfied with an entertainment as colourful as this.