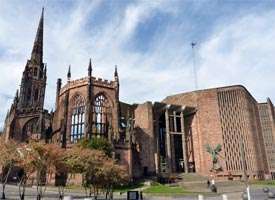 As Coventry Cathedral celebrates the golden jubilee of its re-consecration, this performance marked to the day the 50th-anniversary of the premiere of Benjamin Britten’s War Requiem. It certainly invoked the aura of what became an iconic moment in the musical and architectural history of the 20th-century.

On that night, the performing forces had been assembled in the chancel, with their backs to the altar, probably compounding the difficulties posed by the vast cavern of the new building, whose acoustic Britten had at the initial rehearsals found “appalling”. Every subsequent performance has been placed at the opposite end of the cathedral, in front of what would normally be the west door but which in Coventry is the south.

On this May night in 2012, the evening light coming through the clear glass south wall, with its etched images of angels high above the ranked lines of the CBSO chorus, established its own calm order. Andris Nelsons had opted to turn the negatives of the acoustical properties to positive effect and it was his heightening of consciousness of a wonderful spatial element that was so effective.

From the very outset, with the words “Requiem aeternam” sung in hushed whispers and the characteristic bell-tolls gently reverberating, the response from the angelic voices of CBSO Youth Chorus singing in the chancel created rather an extraordinary atmosphere, reverent yet dynamic. Like Verdi’s Messa da Requiem, its influence Britten acknowledged, War Requiem is sometimes quite operatic: it was this quality of theatricality – bringing into dramatic focus some of the musical effects, notably the brass and percussion writing with which Britten spelled out the battery of war – that emerged very powerfully in the ‘Dies Irae’, reinforcing the pacifist message at the heart of the work. Erin Wall (replacing Kristīne Opolais, Nelsons’s wife) sang the soprano role which for Britten represented the ‘healing angel’ and which he wrote especially for Galina Vishnevskaya (taken by Heather Harper in the first performance). Standing between chorus and orchestra, Wall’s silvery tone succeeded admirably in carrying over that body of sound and in the ‘Lacrimosa’ she conveyed eloquently all the anguish of loss. 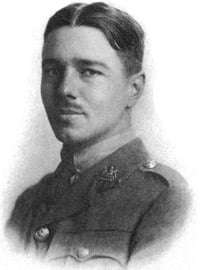 Britten’s decision to set Wilfred Owen’s World War One poems in tandem with the words of the traditional mass for the dead remains the most inspired of his gestures in this work. Here, the fact that the Latin text did not always come across clearly was immaterial, since the way that Nelsons shaped and coloured the choral sound was a means of expression in itself; this subtle balancing of forces in turn served to set in acute relief Owen’s texts with their chamber ensemble accompaniment. Those words were articulated with the utmost sensitivity by Mark Padmore and, since the wind instruments appeared to have been given licence by Nelsons to respond instinctively to the sung lines, the essential intimacy drew one in to the heart of the music. Britten’s score has often been criticised as coldly calculated in its use of effects: that view appeared indefensible in this context. 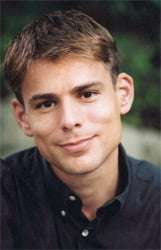 The dedication of this performance to the memory of Dietrich Fischer-Dieskau who died a couple of weeks ago gave added poignancy. The bass-baritone role was conceived for him and since he had sung it with Peter Pears on that historic first night, it was appropriate that it should be a Fischer-Dieskau pupil, Hanno Müller-Brachmann, who took it here. His articulation was also clear and careful: if anything, he seemed slightly overwhelmed by the emotion of the occasion, understandable in the wake of his mentor’s death.

Nevertheless, he came into his own in the final Owen setting, Strange Meeting, where the symbolic encounter of the two enemies moves from claustrophobic intensity to profoundly moving reconciliation. Padmore’s delivery of the greeting “Strange friend” – its tritone precisely echoing the eerie bells of the Requiem’s opening bars – had its own mesmerising effect and as Müller-Brachmann intoned the words “I am the enemy you killed, my friend”, the compassion of the moment was epitomised as Padmore’s gaze turned to him. As both tenor and bass-baritone sing the final words “Let us sleep now”, the melding of this almost-ecstatic lullaby into the ‘In Paradisium’ was beautifully realised.

With the chorus’s final “Amen” and its resolution into F major now achieving an altogether more significant serenity, a silence fell on the cathedral. The sense of time passing and of man’s incapacity to learn from history could not but be affecting, and also shocking. Owen’s words ‘All a poet can do is warn” seemed to hover in the silence, with Britten’s message and Coventry Cathedral’s continuing mission of peace and reconciliation as manifestly necessary as ever.

It is curious to be reminded that Britten initially had reservations about the City of Birmingham Symphony Orchestra’s involvement in that first performance (which Meredith Davies co-conducted, Britten directing the chamber ensemble), so it is further testimony to the relationship forged between Andris Nelsons and the CBSO, today in such virtuoso form, that it is hard to imagine a more expert and sympathetic interpretation.