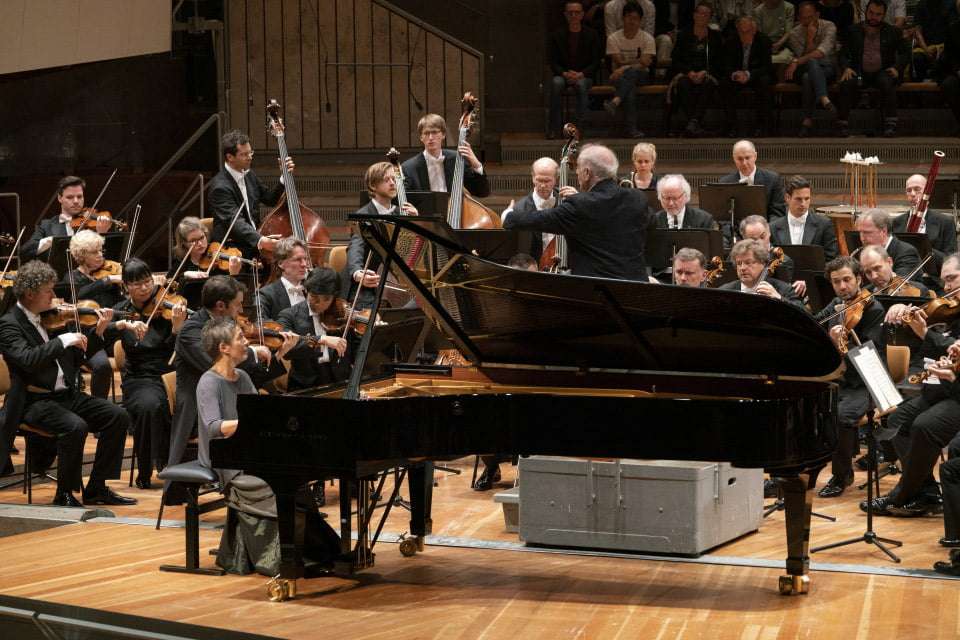 This performance wasn’t initially included in the Digital Concert Hall’s broadcast schedule, I guess because Radu Lupu was engaged and I believe he now vetoes every form of relay. Well, he withdrew, reason not given, and the now-retired (if in and out of that status) Maria João Pires stepped forward to save the three evenings (of which this was the third) allowing the DCH crew to position cameras and microphones for webcast business as usual.

It is fifty years more or less to the date since Daniel Barenboim first-conducted the Berliner Philharmoniker and this current programme replicated his debut concert; back then the Beethoven featured Clifford Curzon.

Pires showed no sign of out-of-action technique and her subtle and graceful musicianship proved ideal for this most-lyrical and searching of Piano Concertos. The opening gambit goes to the pianist, tender and stylish from Pires, cueing a wondrous response from the Berliners, and with Pires’s return a lofty conversation took place between pianist and accompanists, the tempo spacious (twenty minutes overall), her pianism subtle, refined and wise, full of character and poetry; yes, okay, she got a little muddled at one point, but soon recovered, orchestra and conductor unperturbed, and it probably helps that Barenboim is a veteran of the piano part. Composure and a gentle touch uncompromised, Pires went on to be relatively outspoken in the more-usual of Beethoven’s two cadenzas (the other one, once the preference of Gilels and Brendel, hardly gets a look-in these days). With the slow movement, the suggested imagery of Orpheus taming wild beasts was to the fore: brusque, biting strings pacified by Pires’s eloquence, the oppositions becoming one by the close, leading to a Finale that was unforced (tuttis quite meaty though) and sparkling, skittishness avoided, with time for reflection. Plenty of resolve in the coda to round-off a very human and heart-warming account, and then she was in-tune with the mystery and magic of ‘Vogel als Prophet’ from Schumann’s Waldszenen (Opus 82) as a quixotic encore. 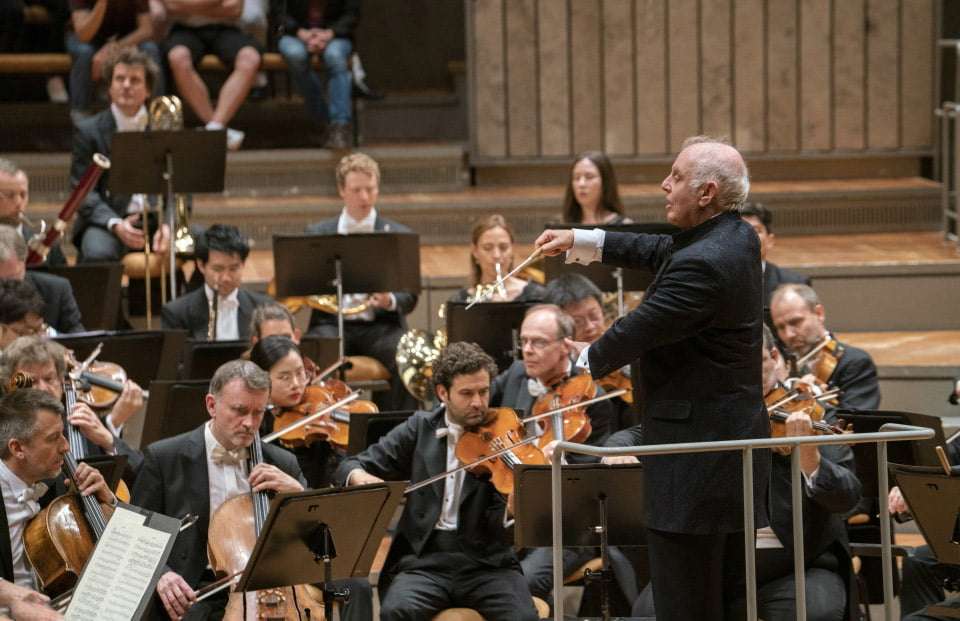 Of the Symphonies, Haydn 95 was attacked gruffly and seriously to underline the minor-key, the second subject contrastingly charming, making the return of the exposition all the more dramatic; although the tempo wasn’t especially fast, there was a real sense of purpose informing this opening movement, which ebbed and flowed, distinctions of mood delineated, with few if any ‘authentic’ touches, so that the slow movement had occasion on its side, without losing its light points or its darker side; nice solo cello cameos, too. With a surreptitious Minuet, accented keenly as required, a graceful Trio (cello again to the fore) and a fleet yet poised Finale, this wasn’t so much big-band Haydn (not with four basses, otherwise strings hardly reduced) as full-toned, trumpets and timpani (Rainer Seegers guesting, having recently retired from the BP) vividly in the mix.

Following the interval, Barenboim – old enough to have met Furtwängler in 1954 yet enthusiastic enough to have just extended his contract at Staatsoper Unter den Linden until 2027 (when he will be in his mid-eighties) – led a romantic, fantasy-filled account of Schumann 4 (in its, if you will, more-Germanic-sounding revision), powerful (six basses now, plus trombones), flexible, no expressive possibility glossed over, dynamics continually ear-catching, tenutos a feature. This was con amore conducting, maybe a little too much at times if not in the second-movement ‘Romanze’ (Celibidachian in its breathing space, a genuflection to the altar of love) and with suave violin solos from Noah Bendix-Balgley. Barenboim judged the marked attaccas to a tee, nowhere more so than into the Scherzo, a heavily-stamping affair, the Trio unduly ponderous both times (if savoured). I have not heard the transition into the Finale made quite as momentous as this, or sporting so wide a dynamic range, so hushed to begin with, around pppp, or the exposition (not repeated, shrewdly) so toyed with, but once into a boldly signalled development, there was a clear-sighted path to a glorious conclusion, its release exhilarating, enough that the ultimate, sonorous, chord prompted applause before it had finished.