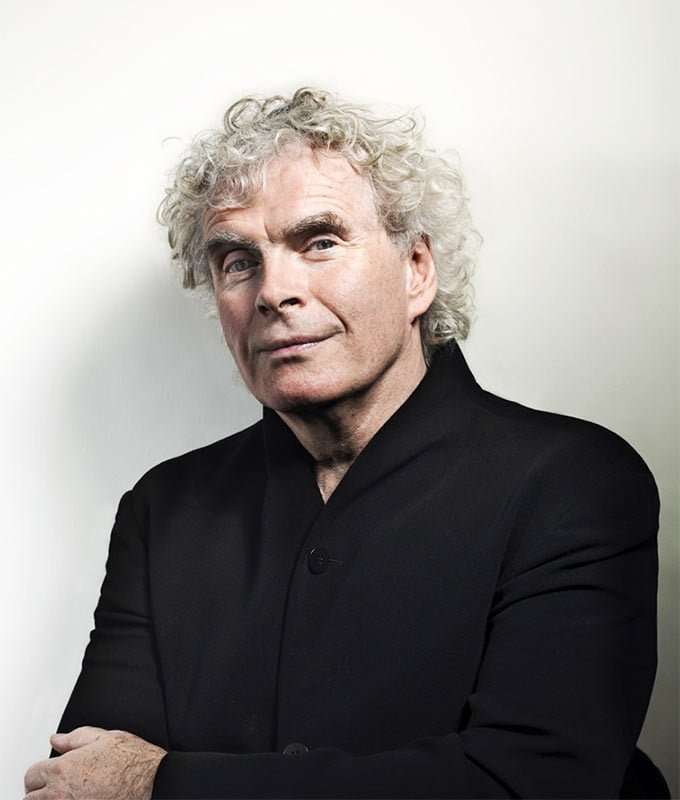 Eusebius: Simon Rattle recently stated that to perform Beethoven’s Symphonies intelligently one must emphasize their stylistic differences. Having heard the First and Third the other evening, the presentation of 6 and 8 gives us enough of a sample to judge whether he has followed his own advice.

Florestan: Within his stated ambition to equip the Berlin Philharmonic with a sonic vocabulary to intelligently communicate the music of the 21st-century, it seems that Rattle has made remarkable progress. However, these Beethoven Symphonies, although markedly contrasting, have been presented in a rather dull manner.

Eusebius: Even a sabermetrician can come to a conclusion with four examples. Let’s attempt to evaluate these current performances on their own terms.

Florestan: Beethoven 8 was given a rather lackluster reading, especially disappointing in its final movement. The approach was gentler than a standard rendition might have been, the timpanist, for example, employing softer sticks than would certainly be de rigueur for a period-instrument performance. But the mood was broken by Carnegie Hall management, which permitted the entrance of patrons after the first movement, a process which took well over five minutes as there was some controversy over seats in the front of the hall. To his credit, Rattle handled the situation well, stepping off the podium and becoming an interested spectator. This spontaneous gesture was aptly and humorously excoriating, but engendered a loud fit of laughter and applause from the audience, shattering the mood of the piece as a whole.

Eusebius: I did find the effort rather dispiriting, but the individual musicians certainly played well, indeed stylistically different from the First and Third Symphonies.

Florestan: Now for the ‘Pastoral’. Although it got off to a rather pedestrian start, the finale was glorious. I am not sure whether this is praiseworthy in and of itself, however the shining light of this movement not only left a glowing impression, a genuine flame of good fellowship and appreciation of nature and the divine, but also pointed out how quotidian the earlier movements had been.

Eusebius: Have we come to any conclusions?

Florestan: Well, Rattle’s noble experiment in Berlin has clearly produced some noticeable results, however that he is departing leaves his patient in a state of arrested development. What this does to the progress of 21st-century music is unclear.