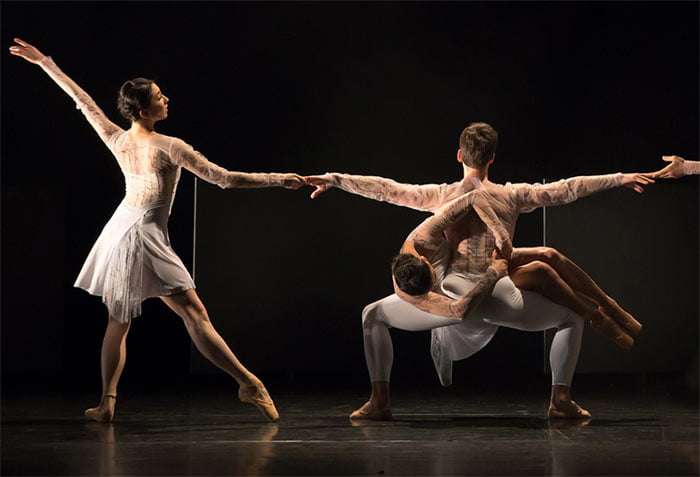 Birmingham Royal Ballet returns to its spiritual home, the Sadler’s Wells Theatre, for a short London season. Director David Bintley celebrates the quadricentennial of William Shakespeare with a new ballet The Tempest, but first offers this triple bill of works inspired by The Bard.

Since his appointment at its head, Bintley has chosen a very particular path for BRB, focussing on a core of the nineteenth-century classics, heritage repertoire of the great British (and British-based) choreographers of the new twentieth century and creations mostly from himself. There have been relatively few commissions to other choreographers, so a second, Wink, for Jessica Lang (after her Lyric Pieces) is something of a rare occurrence. One of this new work’s chief glories is its score by Polish-American composer Jakub Ciupinski, an engaging composition which creates mood with ease and derives direct structure from the ten syllable, 14-line sonnets which were Lang’s inspiration for the work. Indeed, the whole work is structured as a sonnet, with three quatrains (or quartets) followed by a closing couplet (or duet), each separated by a recording of Shakespeare’s words (even if the quality of the voice and the understanding of poetic meaning leave a great deal to be desired).

Wink looks striking, with white-clad dancers and ten large panels, one side black, the other white, which spin on a central pivot, allowing for openings, entrances and exits and a framing of the action. Lang’s movement vocabulary is resolutely balletic, and in that, a huge relief from other dance forms which now invariably colour new choreographic works. Brandon Lawrence brings a strong presence and commanding technique to his solos that break up the ensembles, his movements often involving spins and turns. His, and indeed, all the choreography is characterised by an underlying lyricism and decorous restraint with a great respect for classical line and proportion. It is a cool opener, but never less than pleasing to the eye and intelligent in its use of the both the dancers and the stage space. 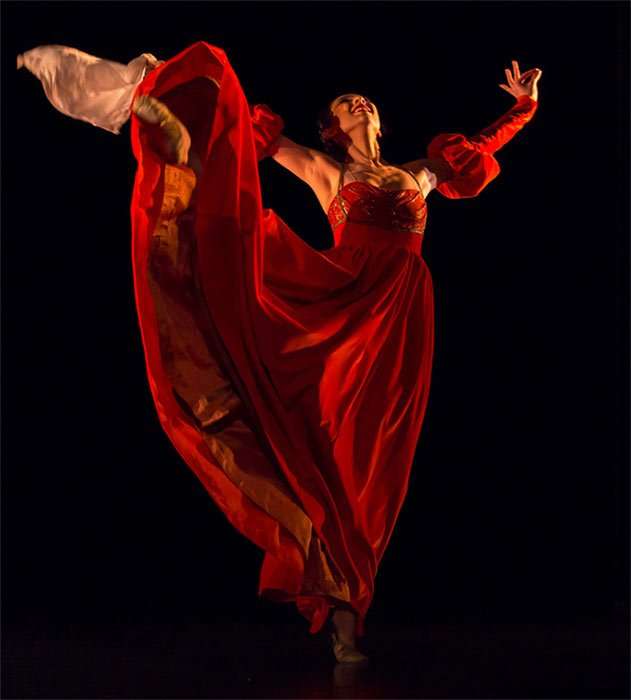 José Limón’s The Moor’s Pavane has become something of a dance warhorse since its creation in 1949; that comes out of its undeniable quality. A clever distillation of the story of Othello, it is reduced to a quartet of dancers (the Moor, Desdemona, Iago and his wife Emilia) who dance a pavane on an empty stage. Narrative elements are kept to a minimum, the only prop being the fateful handkerchief, and gestures are clear, emphatic even. The characterisation in this stylised movement world comes from sheer force of personality. Iain Mackay, in his pomp at present (he is Prospero in the new Tempest) makes for an oleaginous Iago, his hair slicked down, his movements almost reptilian, his gaze fixed on Othello whose downfall he plots with such cold calculation. Tyrone Singleton emphasises Othello’s weakness, his gestures commanding yet hollow as his jealousy gnaws at him. In the difficult role of Desdemona, Delia Mathews, manages to be uncomprehending yet avoids blank stupidity, and Samara Downs makes much of Iago’s put-upon wife. This is a strong revival of a powerful work. 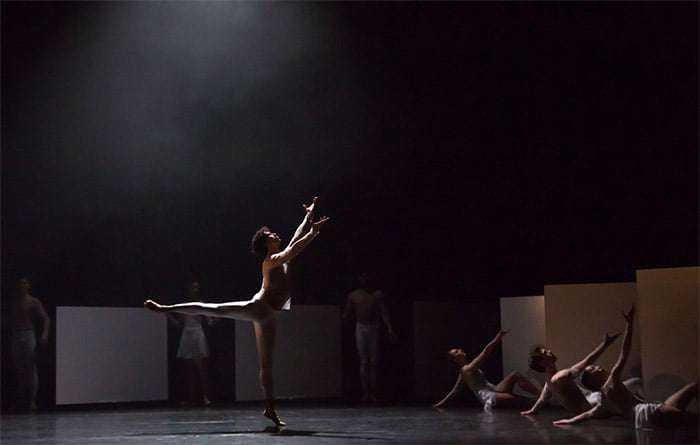 Singleton and Mathews reprised their Othello and Desdemona in a very different work, Bintley’s The Shakespeare Suite, which closed the evening. If truth be told, their section suffered by our having seen The Moor’s Pavane some minutes earlier, even if the whole concept – a romp through some of the Bard’s most famous characters to Duke Ellington and Billy Strayhorn’s lively music – is light-hearted. Seven duets and one solo make up the work, and Bentley creates character with ease, from Richard III’s syncopated limp to Titania and Bottom’s jitterbug couplings. Jasper Conran’s costumes are a hoot, Macbeth in a zebra-print kilt skirt and flame red hair and beard, or Bottom in white tailcoat and off-the-wall donkey ears. The work does become a little less engaging as it progresses, with a soupy Romeo and Juliet duet which says nothing new (it is a pity that Caesar and Cleopatra and Henry V did not make the final cut), before a rip-roaring finale. BRB’s dancers were clearly enjoying themselves, Mathias Dingman hurling himself every which way as an anguished Hamlet, Céline Gittens strutting her stuff as an impossibly sexy Lady Macbeth and Lachlan Monaghan and Beatrice Parma as a high-school prom Petruchio and Kate. It is light stuff, but highly entertaining, succeeding in sending the audience off into the night with a spring in their step and a sway in their hips.