*Vocal student at Trinity Laban Conservatoire of Music and Dance 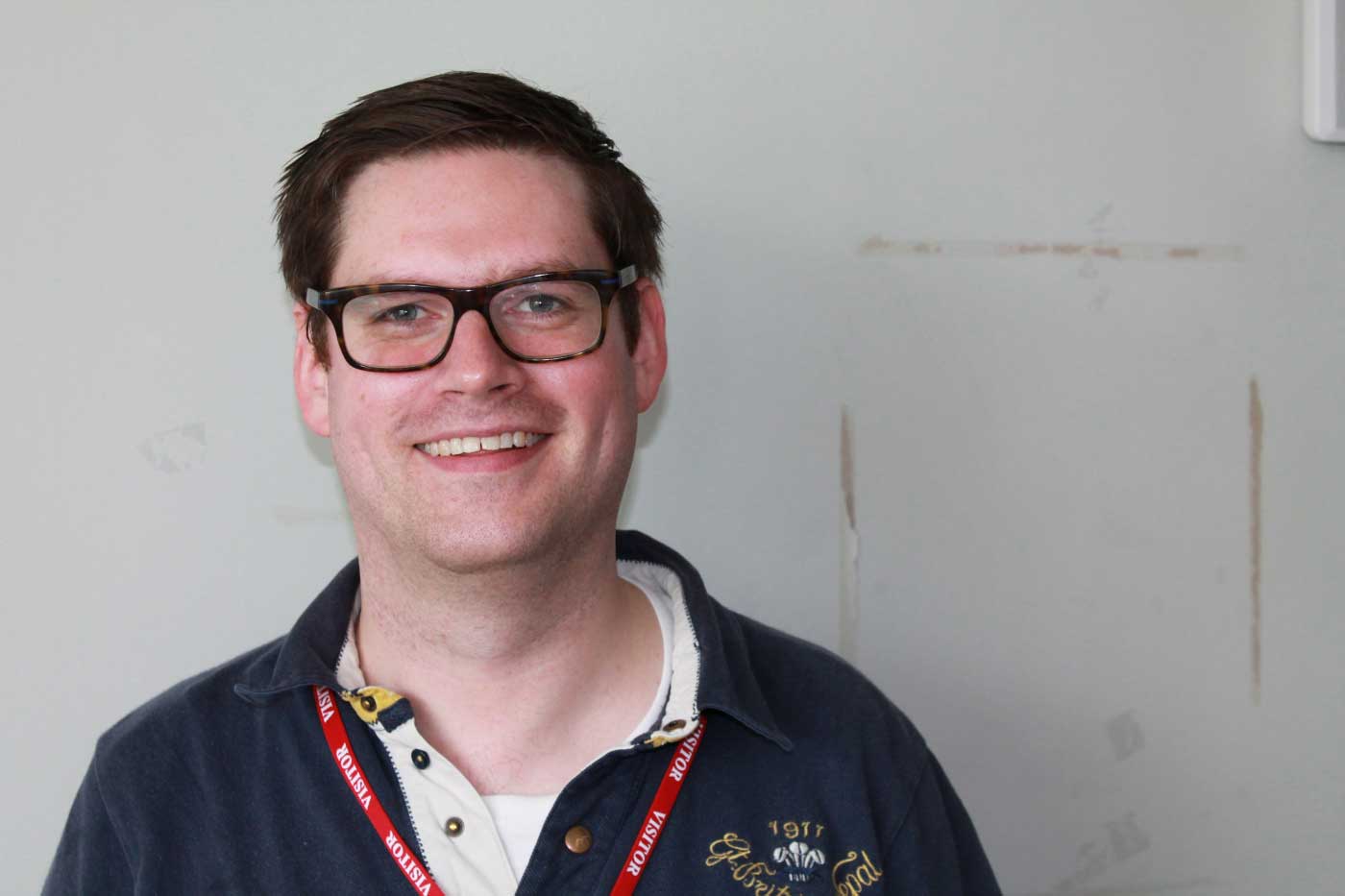 As sure an established way to mark the summer season as the Proms, Blackheath Halls Community Opera returns for its eighth year with a production of Rossini’s Le Comte Ory that will have you smiling for a couple of hours. So enjoyable and convincing is Harry Fehr’s production that the audience even booed the titular count at the curtain call. And not because he wasn’t in fine voice, but because he truly had been a naughty boy.

In David Parry’s translation (which, I understand, was changing even during rehearsals), The Adventures of Count Ory tells of his two attempts to get his hands on chaste Countess Adele, who has holed herself up in her castle while her brother is waging war. First – having gone AWOL from his tutor – he wows the villagers (and, in turn, the countess) with his evangelical patter, disguised as ‘The Hermit,’ but when his tutor unmasks him (or, here, de-wigs him), he has to adopt Plan B, which has been given to him on a plate by his younger brother, Isolier, who has also fallen for the Countess and desperately wants to see her again.

Act Two sees Ory and his ‘knights’ dressed as nuns and pleading with the Countess for shelter as they say they are being chased by Ory themselves. Having gained entry to the castle, they are true to their habit (pun intended) by downing as much alcohol, unearthed by Ory’s friend Raimbaud, as they can. With Ory already on the prowl (admittedly in the dark and hampered by his nun’s garb), Isolier arrives to inform the Countess of his brother’s imminent return and realises that Ory has taken his original idea of getting into the castle. Will the Countess survive the night before her brother arrives home? 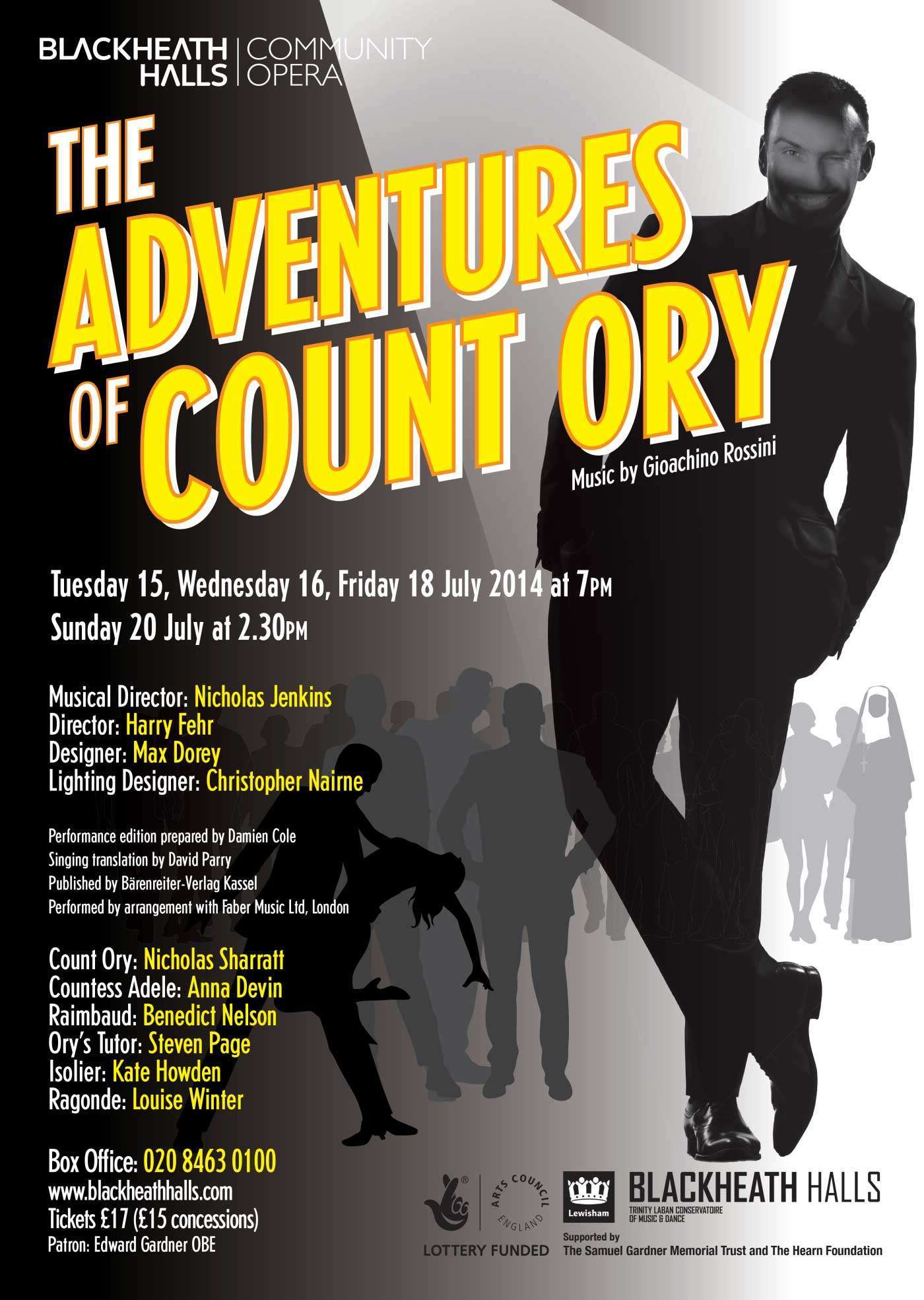 Rarely seen in Britain (save for two Glyndebourne productions, in the 1960s and 1997) and here presented for the first time in English, Rossini’s irrepressible music springs to life under Nicholas Jenkins. With half of the score reused from Il Viaggo a Reims, composed three years earlier, Rossini is completely at home with the comic nature of the chancer of a Count, here played to a tee by Nicholas Sharratt. High, but sweetly toned, Sharratt has both the good looks and cool personality to carry off the Count’s subterfuges, whether bedecked with blond wig or nun’s wimple. In short he’s a scheming charmer, so it’s no surprise he wows the prettiest village girls with his evangelical mumbo-jumbo, as well as Anna Devin’s beautiful Countess and her aide Ragonde, played with suitably prim exactitude by Louise Winter. Benedict Nelson as Raimbaud, matches Ory’s wiliness as his right-hand man and fixer.

Ory’s tutor – with Ory’s younger brother Isolier in tow – is the ever-impressive Steven Page (a spitting image of Patrick Stewart – in case anyone is considering a Star Trek opera). And Kate Howden, with straw-boater and public-school uniform, makes Isolier both likeable and believable. Once again Blackheath Community Opera has cast its principals to the hilt and with extras to spare. This year’s professionals are joined by four students at Trinity Laban Conservatoire of Music and Dance, who relished with aplomb the smaller roles.

For the first time in the productions I’ve seen, the orchestra is in front of the stage. But even though the stage is used – the curtains opening to display the Countess’s castle – Jenkins has his back to it, with his players arrayed the wrong way round. Behind the orchestra (away from the stage), and with the audience on three sides, is a central acting area, that starts as a plaza beneath the castle, and then a large room in the castle (for the hilarious nuns’ repast). Full of the 70-strong chorus and 60+ children from local schools, within an arm’s stretch of the front row, there is no more thrilling sight and sound of such committed singing and acting. Diction is vibrant and clear – so immediate – although when the action moves on to the stage both chorus and principals are harder to hear, especially in the patter numbers. But that’s a small quibble. Aside from taking a while to settle intonation due to the heat, the orchestra matched the chorus in following Jenkins’s beat faithfully and alertly. Rhythms, like the words, were cleanly articulated and the score fizzed along.

Harry Fehr directs with just the right feel for fun and clarity, making The Hermit a modern white-suited evangelist peddling his beliefs (for his own ends), while the Countess’s brother arrives at the end to save the day in desert camouflage. Max Dorey’s design and costumes are contemporary, and each member of the chorus exudes individuality. It’s the sheer commitment of all involved that continues each year to astound about Blackheath Community Opera. For any politician that spouts the view that opera is elitist (scratch that – let’s just say all politicians!), get yourself down to Blackheath. It matters to the kids of all abilities, to the volunteers ensuring the performance goes smoothly, and the enthusiastic chorus and orchestra. And it matters to us the audience, because the world is simply a better place for such endeavour. Count Ory might be too selfish to recognise the fact, but Blackheath Community Opera has done him – and Rossini – proud.