A cabaret of the music & lyrics of Noël Coward 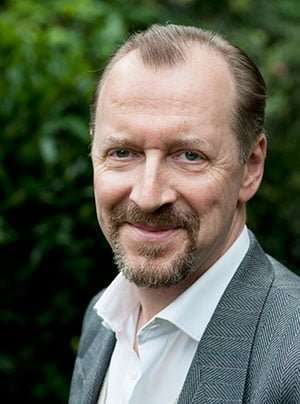 Noël Coward’s wit and sophistication finds its perfect venue in the handsome Crazy Coqs cabaret room. For this fastidiously constructed evening of delight, Stefan Bednarczyk brings to life a sterling collection of songs, verse and prose by the supremely talented writer and melodist. When Coward himself went from conquering cabaret at London’s Café de Paris to an equally successful stint in Las Vegas, he described it as going from café society to Nescafé society. Bednarczyk demonstrates the astounding depth and variety of Coward’s output.

Bednarczyk includes numerous famous songs and brings new flair to them, often adding more dramatic emphasis than Coward did in his impeccable and unruffled renditions. Bednarczyk brings hysterical exasperation to ‘Don’t put your daughter on the stage, Mrs Worthington’, creating a comedy highlight. It is preceded by Coward’s evocative verse, ‘The boy actor’, conveying the untold joy he experienced as a child performer in Christmas shows, telling us that he can remember learning his lines while other youngsters were being taken to pantomimes, concluding with “I never cared who scored the goal, or which side won the silver cup, I never learned to bat or bowl, but I heard the curtain going up.”

This perfect mating of Coward’s verse and song makes for a special show. Of course his dramatic plays display these qualities – extracts from Post Mortem display a sad topicality regarding war – but it is fascinating to hear comments on childhood, passion and agnosticism. “I am no good at love” is baldly stated:“My jealousy turns a bed of bliss into a battlefield.”

Bednarczyk tells us that the BBC missed the point of ‘Don’t let’s be beastly to the Germans’ – banning it from transmission, then he plaintively delivers the moving paean to wartime spirit, ‘London pride’, the surprise winner at a gala near the end of Coward’s life when the audience was asked to vote for the his most-liked song. There are also funny tales of his theatrical life, particularly his experiences of such leading ladies as Gertrude Lawrence, Judy Campbell and Elaine Stritch.

Of the rich legacy of songs, the perennials include ‘The stately homes of England’, ‘Nina’ and ‘Parisian pierrot’. There are also two splendid rediscoveries, a risible duet between a gentleman and his butler, ‘Put out my shooting suit, Winters (my daughter’s in trouble again)’, and a chorus of ‘Mad about the boy’ sung by a businessman and totally inadmissible in 1932. Bednarczyk also revives the lovely ‘Evening in Summer’, the ballad that was the highlight of the recent if pale revival of Ace of Clubs (1951). Though he gets every laugh from the comic numbers, Bednarczyk is wisely less extrovert when required – he performs an exquisitely simple rendition of ‘I travel alone’, and brings a touching vulnerability to the late ballads, ‘Something very strange’ (from Sail Away) and ‘Come the wild, wild weather’ (Waiting in the Wings). As encores are the droll ‘Mad dogs and Englishmen’, taken at breakneck pace, and Coward’s masterwork, ‘If love were all’.