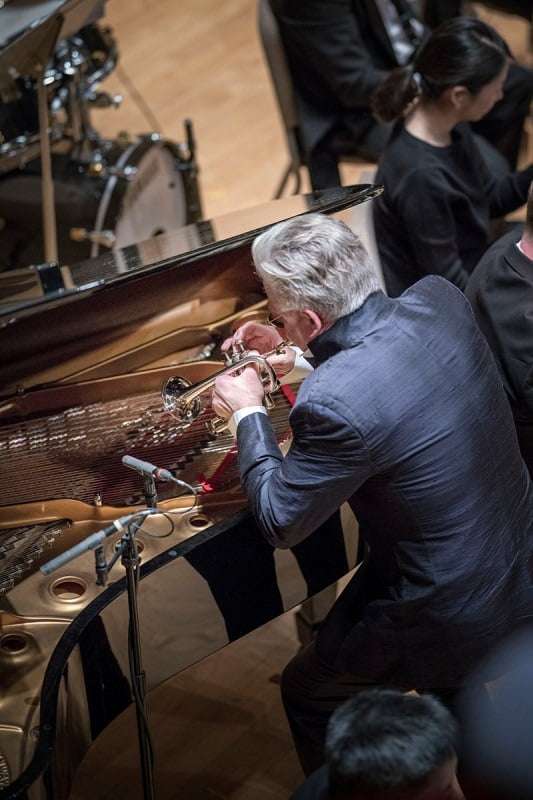 Boston Symphony Orchestra music director Andris Nelsons’s pairing of HK Gruber’s Aerial with Mahler’s Fifth Symphony proved to be an interesting if not a perfect fit. Both works do have common elements, not least radical shifts in tempo and mood.

Aerial calls for a trumpet (in C rather than B-flat), a piccolo trumpet and a cow’s horn as well as different mutes; Håkan Hardenberger, for whom the work was written, skillfully maneuvered his instruments. Gruber seeks to describe various landscapes viewed from above, beginning with northern Sweden, Hardenberger’s birthplace, in a slow movement entitled ‘Done with the compass – Done with the chart!’ (drawn from Emily Dickinson’s poem Wild nights – Wild nights!). Beginning with a soft, glistening aura, the lines are embellished by the trumpet, lip-slurs gliding between notes, destabilizing both pitch and timbre. In the second movement, Gruber depicts a fantastic planet the inhabitants of which have disappeared, leaving only the titular ‘Gone Dancing’, conjuring up a vision of a Fred Astaire-Ginger Rogers sequence. Soloist and orchestra exchange phrases that conjure up music from the Middle East. The piccolo trumpet stands out by being invariably played at ear-piercing volume, but the piece ends in silence as the trumpeter walks off.

The trumpet tattoo that opens Mahler’s Fifth Symphony, brilliantly performed by Thomas Rolfs, was a perfect segue from the Gruber. Nelsons was most effective in his exquisite reading of the Adagietto and in a joyful Finale. But missing was sufficient dramatic intensity to encompass the depths of human emotions, both positive and negative; Mahler felt that by laying bare the most painful feelings that tragedy engenders, he (and his listeners) could best overcome them, providing both release and a redemptive victory. 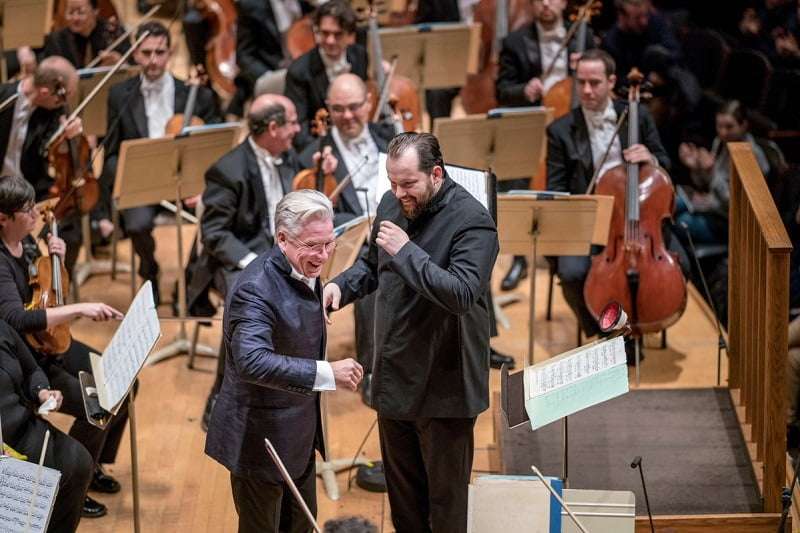 The BSO, although excellent, seemed reluctant to express the tormented sensations almost ruthlessly exposed during the Symphony’s first two movements; the playing was simply too pristine, lacking sufficient dramatic power and feverous intensity. Since such dread was somewhat mollified, it failed to serve as the antagonist overcome in the Finale. Weak violins made passionate passages sound rather middling, adding to the overall effect of restraint. Only the fff outburst toward the close of the first movement (marked Klagend, plaintive) had sufficient force to evoke the nadir of suffering. Even the chorale in the second movement, although enhanced by resounding brass, was somewhat reserved; its abbreviated return in the Finale, however, was more resilient.

Part Two (the Scherzo middle movement) is often a problem because of the difficulty of sustaining its frivolous gaiety over long stretches. Failure to maintain momentum can become wearing. Although Nelsons began by generating an airy joie de vivre, this characteristic soon faded and the music’s buoyant spirits became unduly temperate, even static, weakening what should be giddy merriment. Nevertheless, Nelsons showed that he can emerge as an important Mahler conductor, especially because he brings out passages often ignored by his colleagues (e.g. the cellos’ interlude in the second movement, shaped here with much rubato) and has the right idea about how Mahler’s music should be paced and structured. If he can just cure the BSO of its reticence to fully engage in the more distasteful side of Mahler’s music Nelsons might emerge as one of the most important conductors of this composer of the current generation.